The History Of The Tag Heuer Carrera

Though Tag Heuer has an extensive and respected catalog, they have one watch that separates itself from the rest. It is the Tag Heuer Carrera which has established itself as one of the top racing watches in the world. Even better, the fact that it has a compelling history makes this timepiece even more appealing to luxury watch collectors. I detail the last 55 years of the Tag Heuer Carrera in the sections below. 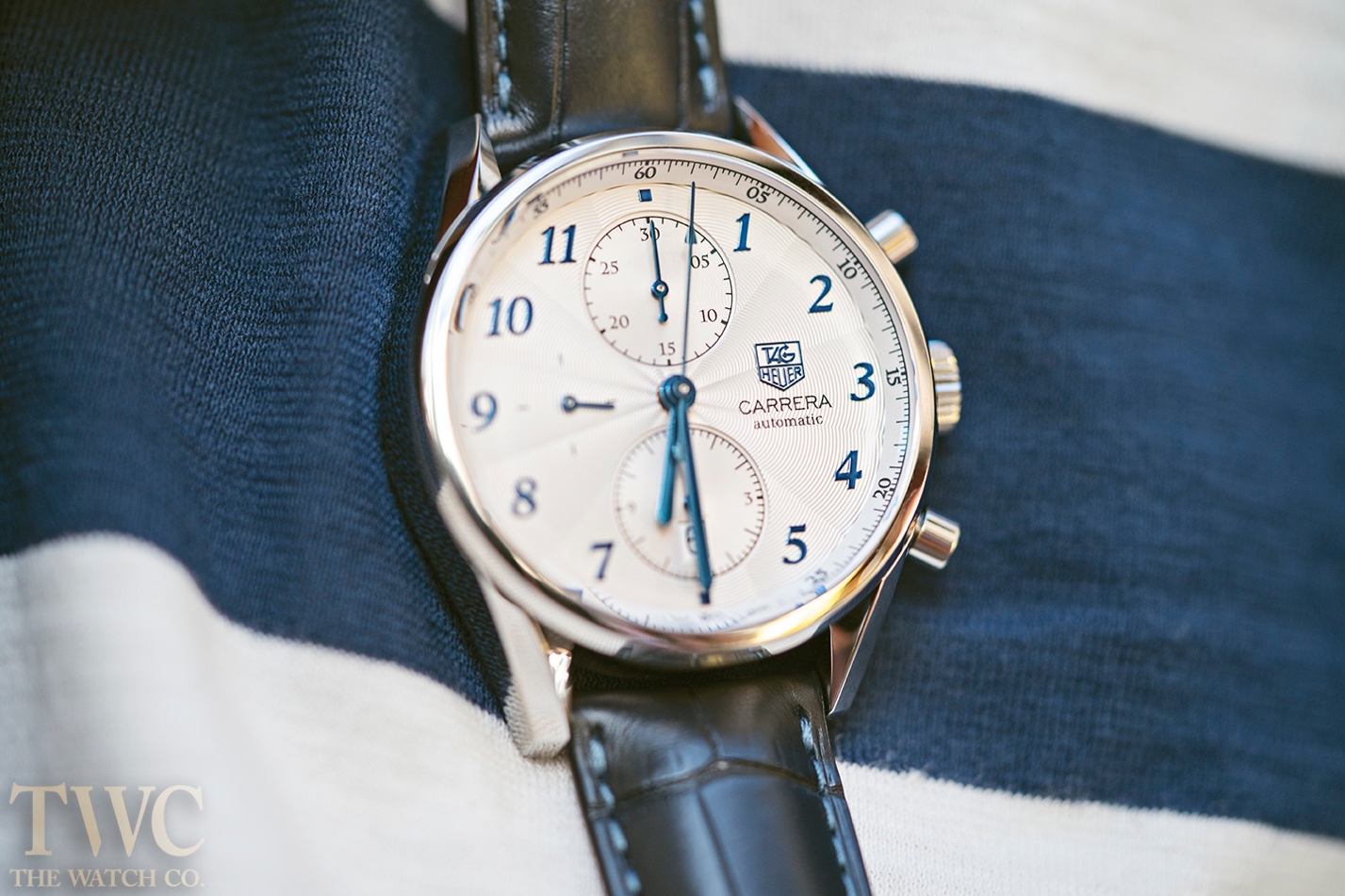 Like many Swiss manufacturers, Tag Heuer was once a family-owned operation that was passed down from father to son. Our story begins with Jack Heuer, the great grandson of Tag’s founder. He had an incredible love for racing and the culture around it. As a result, he frequently attended high-profile events around the world.

Jack attended and provided timers for the 12 Hours of Sebring race in 1962. There, he met the parents of two drivers who told him more about the grueling long-distance racing culture. He learned about the Carrera Panamericana from them, which was so compelling that Jack decided to name the eventual racing watch after it.

As intense as the 12 Hours of Sebring race sounds, the Carrera Panamericana race was even more so. The concept was simple: Travel 2,096 miles across Mexico at speeds that often exceeded 100 mph. As you can imagine, this event was incredibly dangerous. 27 drivers died while trying to complete it, and that was in just 5 years. It was quickly discontinued due to having such a high mortality rate. Still, its legend lives on, as it was the inspiration for one of the most iconic racing watches of all time.

Soon after his experience with extreme racing, Jack Heuer created his vision for the Carrera. There were two elements that he wanted to incorporate: Toughness and legibility. For the former, Heuer made sure his new watch was waterproof, anti-magnetic, and resistant to shock. For the latter, he told his designers to keep things simple. He did not want a dial that was too crowded, nor a watch that couldn’t withstand the elements. The final product achieved both of those goals and exceeded Tag’s already lofty expectations. It was released in 1963 and quickly became one of the most popular watches in the world.

The 1970s brought a few crucial changes to the Carrera’s legacy. They are as follows.

Unfortunately for Tag, the golden era came to a sudden halt. This development was triggered by what is now known as the Quartz Crisis. To summarize, Seiko and other affordable watch brands started to create timepieces with cheap quartz movements. As a result, the expensive mechanical watches that Swiss manufacturers offered fell out of favor. Many brands closed down or severely limited their catalogs as sales numbers declined rapidly. Jack Heuer discontinued his Carrera is 1984 and sold the company to an investment group soon after.

The Carrera wasn’t produced for about a decade, but was reintroduced in 1996. Luckily for us, Tag decided to uphold the vision that Jack Heuer started with. This new line had a similar design, fantastic performance, and a reliable movement. Now, 20 years later, Tag is still selling thousands of Carrera watches every single year. While some of you will not like that a luxury goods conglomerate now owns them, remember that Tag still operates as its own company. Its history and heritage are intact, despite their financial details.

Are you interested in purchasing the Tag Heuer Carrera? If so, you’ll be joining a large segment of the watch collecting community. This timepiece has exceptional quality, legitimate heritage, and is one of the best buys you can make. Even better, Tag has built out this collection a considerable amount. The result is there essentially being something for everyone. If you want a vintage inspired piece that is simple and beautiful, you can get it. If you want something a bit flashier and more modern looking, that is available too. Ultimately, putting this slice of horological history on your wrist is a smart decision, so if you have the cash, go ahead and make it happen.