The Future of Laptops

Laptops have been a part of our life since the beginning of this century. You can see a huge difference between brand new devices and those which are a decade old. Nowadays, we have a range of options if you need to buy a laptop. Firstly, you now have the Internet to help you in the search for your ideal device. Through different comparison websites – such as www.laptopunboxed.com – you can read reviews, comments and check the actual quality and power of these hi-tech devices.

It’s needless to say that a laptop today is different and more superior to an old device. A huge number of things have changed in the tech world, with laptops replacing the conventional desktop computer way back in 2008.

What are the main uses for a Laptop?

Even though computers still rule the IT sector, laptops are slowly taking their place. A huge number of companies nowadays are concentrating on a “Bring Your Own Device” program. And what can be a better option than a laptop which you can carry around in an office and at home? One major benefit is here. The ability of the device being portable makes it the perfect option to replace old desktops. In addition to this, wireless connectivity also plays a major role.

Gaming is a huge part of today’s youth. The ease that a gaming laptop gives gamers is irreplaceable by the personal computer. However, the battle is tough here, since desktops generally offer more power. This situation is on the verge of changing as more and more manufacturers are bidding to reduce this gap and give laptops an advantaged position in the battle.

Even though a normal desktop computer is suitable for daily use, a laptop is much more comfortable and affordable. Whether it’s for streaming videos on YouTube or creating PPT slides for a presentation, the fact that a laptop is portable gives it the upper hand compared with computers. Also, a basic laptop is much more affordable compared to a desktop computer. They can run on battery so users get the comfort of using it at any place and any time (even if there is no electricity in your house). 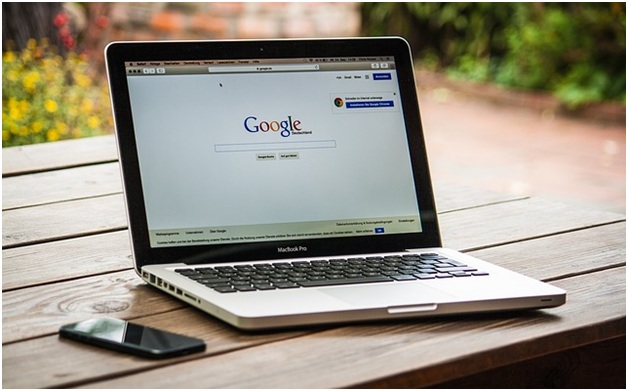 The Future of Laptops

Even though a modern-day laptop is much different compared to one which is a decade old, there’s an ample amount of space for improvement. Different manufacturers are investing in R&D for developments; here are some modifications that have come around within the last few years:

The trend started with the iPhone X (notch display) and can now be seen in almost every modern smartphone. The trend of bezel-less displays hasn’t yet been rolled out in the same manner for laptops. However, some manufacturers have started their efforts into making this happen, but it will take a little more time for it to go mainstream.

This is one more feature that is expected to shift from handsets to laptops in the near future. There are a few handsets that can be seen with dual displays. Even though this seems unnecessary for our bigger-screen devices, we never know what users might like and what they won’t.

This one is very interesting. Feather touch keyboards (sometimes called an onscreen keyboard or software keyboard) are those devices that do not have actual physical keys.

Other features, such as speech synthesis or word completion or prediction, may be included in the near future as well.

Fast charging is the need of today’s generation. When this feature makes its way on to a laptop, it will be a considerable milestone. In addition to this, it’s expected that wireless charging will soon be implemented. This will ease up things quite a lot.

Moreover, it is also speculated that reverse charging will become a prominent feature – similar to what is seen in the flagship Samsung Galaxy S10 handsets.

Tying up all the loose ends, it’s very clear that users are shifting from desktops to laptops at a rapid pace. Unless you’re specifically in need of a monster gaming computer, there really isn’t much need in purchasing a tower over a portable device. Better yet, this shift is only going to continue to grow, with more and more developments being made. Exciting times ahead!