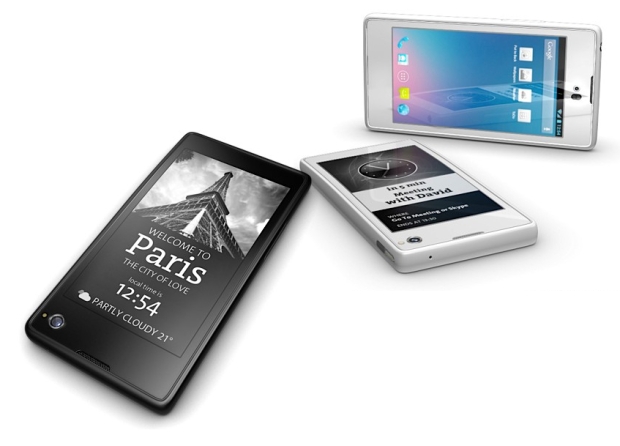 YotaPhone looks alright on paper, it”s important to note that it will be the first smartphone produced by Yota Devices

The YotaPhone made a few guest appearances on the MWC 2013. YotaPhone this comes from Russia and what makes it special is the fact that it has two screens. A LCD touch screen 4.3 inches in front and one E -ink on the back which is not touch and definitely looks like it uses the Kindle to Amazon, while consuming minimal battery compared to the LCD. Otherwise, the dual-core processor has YotaPhone Snapdragon S4 at 1.5GHz, 2GB RAM, 32 or 64GB of storage space, rear camera in 12MPixels, battery 2.100mAh and support LTE.

Dual displays aren”t the only feature the YotaPhone has to tout, though. Here”s a quick rundown of its other specs: