HomeBusinessSharp increase in sales of Smartphone's in 2013
Business

Sharp increase in sales of Smartphone’s in 2013 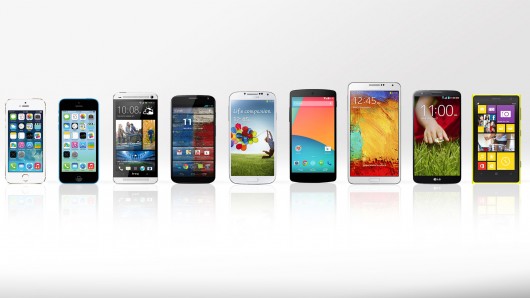 According to new research by ABI Research, by the end of 2013 the number of Smartphone’s that are in use will exceed 1.4 billion. Analytically, 798 million of them will “run” with Android, with the 294 million iOS, 45 million with Windows Phone and finally, with 20 million BlackBerry 10. Regarding the growth of Smartphone’s in 2013,

ABI Research estimates that will reach 44%, a breath beneath the figure of 2012, to 45%. Globally, Android devices will continue to dominate with 57%, registering the corresponding decline of 70% in 2012, while the percentage that gives Windows Phone devices is around 3%. Regarding iOS devices They will collect 21%, which is significantly its share of the company in the United States during the last quarter of 2012 and exceeded 50%. Most interesting does the ABI Research make the prediction for this year and wants Windows Phone and BlackBerry devices to significantly strengthen their position in the market and become incalculable opponents.

“2013 will be considered a relatively successful year for both Microsoft and the BlackBerry (as renamed by RIM in 2013» said analyst Aapo Markkanen. Provisions are not limited to smartphones, but also relates to tablets. It is estimated that Microsoft will sell 5.5 million tablets, while overall the sector will grow 125% translated into 268 million active tablets. Of these, 68% will be running with Apple’s iOS and 28% with Android at Google.

How to Choose a Courier Service for Holiday Shipping