Can robotics help control the spread of mosquitoes? The answer to this question is what the technology companies based in America are hunting for. These companies want to curb the spread of mosquito-borne diseases on a worldwide basis. The firms including Microsoft Corp. and Verily have entered into a partnership with the public health officials to create a high-tech tool. 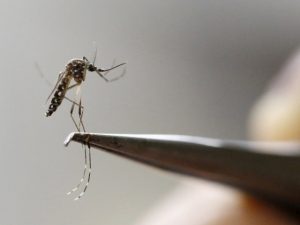 Currently, the tool “smart trap” is being tested in Texas by Aedes aegypti mosquitoes that are considered to be the carriers of Zika virus. On the other hand, the life sciences company Verily is in the process of developing sterile mosquitoes so as to help keep a control on the population of the species. However, these advances will take few years to hit the market. There are also a number of other firms using the traditional insecticide and larvicide methods so as to keep a control on the vector. The entry of technology-based company into the biological field is exciting as their engineering can prove to be a great solution.

The smart trap developed is almost similar to that of a birdhouse and functions using the robotic, infrared sensor, cloud computing, and machine learning so as to keep a tab on the virus carriers. Currently, the spread of the Zika epidemic is high in America due to the rapidly growing Aedes albopictus and Aedes aegypti species. Zika disease leads to deformation of the brain and skull in infants called microcephaly in case of pregnant women.

The Microsoft’s tool can differentiate between the insects by the shadows of beating the wings and slams the door shut the moment it detects the Zika carriers. The device consists of about 64 chambers along with a capability of decision-making during the trapping. The machine can also record the temperature and condition in which the carriers may be breeding. The tool opens the eyes of the researchers and helps them understand the behavior of the mosquitoes.

This smart trap can change the perspective of mosquito control techniques in the future. In addition, Verily and MosquitoMate are using the technique of machine and robotics so as to separate the male and female mosquitoes that are left to pass through a sieve and sterilize the Male counterparts so as to keep a control on the birth rate of the vectors.

The use of the smart techniques developed by the technological engineers can prove to be a boon to control the spread of malaria, Zika, chikungunya, and dengue. Currently, the companies are waiting for getting approval from the state and the federal government.

Hope the adoption of the technology can benefit the developed and underdeveloped countries.