This year has been an on the rock situation for the security firms as there are a number of malware that have affected a number of critical data or apps, which various organizations or individuals are using be it on their computers or personal gadgets. The data lost is recovered only after a ransom payment or else the data is lost for forever. The keys set by the culprits are hard to crack by the security officials but they are still giving it their best shot so as to find a loop hole somewhere. 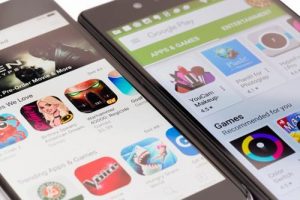 Android devices are the current targets. After the Copycat Android malware attack that had affected a number of devices in 2016, here comes a new one. The new malware is named the “SpyDealer” that has been coded in such a manner that it can hack the data from some of the 40 popular apps including WhatsApp, Telegram, Facebook, Skype, and so on. The data stolen is mostly personal details of the users. Hence, due to the current malware attack on the Android apps, there are millions of users who have their personal data stolen.

The Android malware is infecting the devices that are still running on the older versions of the Android operating systems, for instance 2.2 Froyo or 4.4 KitKat. These operating systems are inactive on the Android devices due to the launch of many upgraded versions. However, there are still millions of users who have the older versions installed in their phones and hence the vulnerability of the users to the malware increases. If an evaluation is carried out on a statistical basis then there will be around 500 Million users who will have their phones exposed to the malware.

The malware is not as simple as it was considered to be. Once the device is infected then the malware steals all the personal data of the users including the contacts, Wi-Fi information, call history, location of the device, and messages. In addition to all this, the device’s videos, phone calls, and also the images clicked from both the rear and front cameras are stolen. The screenshots containing the personal information are also stolen.

The researchers are trying to hunt down the cause of the spread of the SpyDealer malware. In China, the malware has affected the devices via a comprised wireless network. The rate at which the infection has spread and how much data has been stolen still remains unclear.

As a solution, “Google Play Protect” to fight the threat has been created by the search engine giant.