HomeNewsSpare Navigation Satellite to Be Launched By India
News

Spare Navigation Satellite to Be Launched By India

India is planning to launch its 8th navigation satellite by the end of this month as a backup for the assemblage of information in the geo-orbit. According to the Indian Space Research Organisation (ISRO), the 8th Indian Regional Navigation Satellite System named IRNSS-1H will be launched as a standby for the Navigation Indian Constellation (NavIC). The researchers have planned to launch the 1.4 Tonne satellite from the ISRO spaceport present at Sriharikota, which is at the Bay of Bengal in Andhra Pradesh and about 80 Km from Northeast of Chennai. 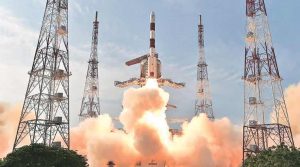 The satellite will be moved from the center to Sriharikota on August 12, 2017, using a special vehicle along with a rocket from the space center. The state-run space center will utilize a medium Polar Satellite Launch Vehicle that has four strap-on motors to transport the satellite into the geo-transfer orbit followed by the geo-stationary orbit, which is 36000 Km above the Earth where NavIC has already been rotating past 4 Years. Once the checks are completed during the window period, the authorization board will finalize on the date and time of the launch of the satellite into the geo-orbit.

In the spare time, ISRO Center Director K. Sivan declared that in the mean time the center will launch a standby satellite that will make up for the non-functionality of the rubidium atomic clocks in the two NavIC satellites and IRNSS-1A. The IRNSS-1H, a spare satellite will supplement the NavIC’s operations but IRNSS-1A will continue to provide the operations it had been programmed for. The researchers do not plan to abandon the IRNSS-1A satellite as it is functioning good and with great accuracy though its atomic clocks in trouble. Currently, all the satellites have a single clock and the rest two are used for redundancy.

The atomic clocks help give out precise location information to the operators. The first clock was launched in 2013 and seventh in April 2016. The new satellite acts as a multi-purpose satellite-related positioning system that is similar to that of the China’s Beidou, American GPS, Galileo of Europe, and Glonass of Russia. These normally help carry out functions such as disaster management, mapping services, vehicle tracking, aerial, terrestrial, and marine navigation in the subcontinent along with the fleet management.

The basic idea behind developing the two spare navigation satellites is to supplement the shortfalls in the operations of the Rs 1420 Crore NavIC. The new satellite will make up for the service being provided by the NavIC for the coming 10 Years. The conventional positioning service and restricted service is controlled by all the users and authorized users, respectively.

For now, let’s hold on till the launch date is declared by ISRO on an official basis.