Almost every home in the country buys in its home entertainment in one way or another. A large proportion of a typical family’s entertainment budget goes towards being able to watch what they want when they like.

Sky and NOW TV are both leading home entertainment providers with a similar live, catch up and on-demand TV services and almost comparable scale and quality of content.

It is difficult to choose one from the other since both are part of the same company offering a subscription service for broadband and TV. The two are so intertwined that people may be unaware they are different services and have different subscription fees. 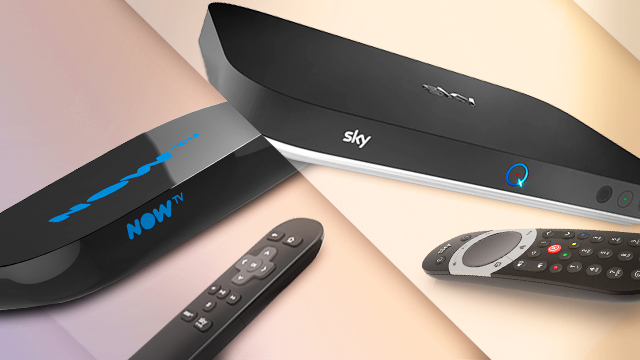 NOW TV was initially the baby of Sky TV, a huge company, and was initially much cheaper but with fewer channels. Many were free. There were no additional services then such as catch up TV or recording. With the passage of time NOW TV has emerged as a brand in itself still with the same low rates based on selecting channel packages and daily passes. It is this, along with many quality free channels for TV viewing free from subscriptions that contributed to the popularity of NOW TV to eventually become more popular than Sky.

There is a huge difference in the cost. Sky TV, being the exclusive broadcaster of various top rated shows and movies and sports events, can end up in hefty charges in a collection subscriptions for various channels and services. On the other hand, NOW TV comes in a much lower and more competitive fees when compared to other providers.  Although the more exclusive shows are missing, NOW TV still offers the best service at the most affordable rates for as little as £3.99 a month and eventually even the best rated SKY shows are aired. But it’s biggest attraction is for sports fans with single use daily subscription passes.

Now TV used to come with a set top box that didn’t need a broadband connection. It worked through an analog aerial but now things have moved onto digital. The boxes, no longer free, provide 4G viewing but do need to stable broadband connection. The free channels have also largely gone. Now, you can download apps onto any digital platform including Android, so potentially all smartphones, computers and tablets can support NOW TV. Alternatively, you can buy a firestick which gives you the same access as the box to a wide library of programs.

With Sky TV and its premium combined subscription service you not only get a connection free but also the set-top box for instant multi-recording and a box set on-demand viewing. If you need a premium service, Sky TV is still worth paying for.

NOW TV provides no internet service, no set-top box, and no direct TV connection. If you want to watch live streaming on a TV screen you will need a TV compatible device or the app and HDMI cable. If you already have a console or SmartTV then it’s not a big deal, simply visit the app store. Otherwise you have to purchase additional hardware that adds to your package cost.

Sky TV, being market leaders provide you with all three services; broadband, landline, and TV along with an installation and repair service; in fact, deals on Now TV broadband are quite impressive. You can either opt for them individually or go for a combo deal. In the case of a combined package, Sky TV comes in even cheaper with all the premium services and exclusive channels and no additional charges for the hardware, installation or connections.

Deciding which provider and which package comes down to knowing your needs. If TV and movies and watching sports at home is your main entertainment, you won’t be disappointed with SKY. They have been around since the beginning of satellite TV and are still going strong. If, on the other hand, you are more selective about what you watch and watching TV isn’t that much of a deal, tailoring your package with NOW TV could be just your thing.