Silk Mats Developed By IIT Scientists That Could Treat Arthritis

Even though arthritis is very common but it is not understood properly. Most commonly, the disease affects joints in the hips, knees, feet, spine, & hands and is characterized by the breakdown of joint cartilage and underlying bones. If left untreated, it can result in severe swelling, pain, and ultimately restrict the range of movement. 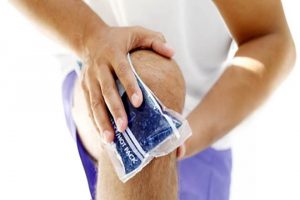 A research team from IIT Guwahati (IITG) has synthesized mats composed of bioactive glass fibers and silk-proteins that they consider can help the development of bone cells and heal damaged joints in patients with arthritis. Biman B Mandal from IITG said, “The existing clinical treatment techniques are limited by a dearth of viable tissue substitutes to assist the repair process.”

For the development of an appropriate tissue substitute, researchers, comprising those from the University College London, the United Kingdom, examined the natural bone–cartilage interface and attempted to imitate it synthetically in laboratory settings. In India, one of the common bone and joint diseases is knee osteoarthritis. Nevertheless, Mandal emphasized that the existing clinical grafts were costly.

He said, “We utilized silk, which is a natural protein, to make electrospun mats to imitate the cartilage part and bioactive glass to produce a composite material, resembling the natural tissue.” To make the mat, researchers used a type of silk easily obtainable in Northeast India. He added, “Muga (Assam) silk is bestowed with properties that improve the healing process.”

The scientists implemented a green fabrication method, electrospinning, for making the silk composite mats. Mandal said, “It is analogous to knitting, apart from that it utilizes high electric voltage force to pull ultrafine fibers.” A layer-by-layer method was used, where initially the bone layer was generated, above which the cartilage layer was formed. The consequential composite mat was similar to the framework of the bone–cartilage interface.

In order to aid the regenerative procedure, the mats would be implanted in the damaged joint with cells collected from the patient. Mandal explained, “The mats link with the native tissue and function as an artificial tissue structure. Ultimately, the mats, as the time passes, degrade and new tissue is developed in its place.”

The scientists tested the mats under laboratory settings, wherein the efficient formation of artificial tissue was observed during the 2 weeks of trial. However, the mats are yet to be validated in appropriate animal models such as pigs, and rabbits and lastly, in human trials, prior to making them available to patients.