The trade of offering money to brand-new companies, also known as seed funding, is blooming off. This is due to the fact that investors take a more calculated approach to financing coming out from the U.S. tech firms.

Seed-stage financing has been falling down for the past 2 Years, with the number of payments down almost 40% from the peak in 2015, data reveals. Dollar investments in newbie firms have also dropped, even though less radically, falling over 24% the same time frame. The slowdown arrives in spite of a blast of interest by foreign investors and wealthy people looking to invest money in the coming big thing. And it has probably huge suggestions for Silicon Valley. Early stage funding is the livelihood of a technology bionetwork based on risk-taking. Companies cannot hope to expand fast enough to unseat current industries and turn out into the next Airbnb or Uber Technologies Inc. 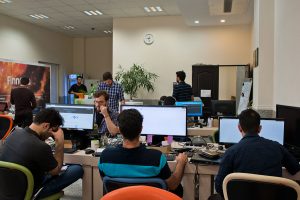 “The reason why new companies are troublesome companies in this era is not for the reason that they are smarter. It is due to the fact that they have fund to do so,” claimed Steve Blank to the media in an interview. Blank is a startup mentor, serial entrepreneur, and adjunct professor at Stanford University. Early stage sponsors, known as angel and seed investors in Silicon Valley language, often play a role similar to that of farm teams do in sports. They offer the first important mentoring and money to assist entrepreneurs prove their tech and hit landmarks required to attract even better investments from business capitalists further.

But the enthusiasm that triumphed just 2 Years back has vanished. Angel and seed investors concluded almost 900 deals in the quarter two, down from almost 1,100 deals in the quarter two of last year and near to 1,500 deals during the same time frame in 2015. This data was obtained from a report released by Seattle-based PitchBook Inc. last month. Seattle-based PitchBook Inc. provides venture capital information.

The dollar amount offered by angel and seed investors was $1.65 Billion in the quarter two of this year. That is just close to the $1.75 billion for the same time frame of last year and down considerably as compared to 2015. 2015 witnessed $2.19 Billion spent into newbie and early stage companies. Industry analysts and experienced seed investors offer a lot of reasons for the decline. They mention concerns over exaggerated valuations as well as a lukewarm market for early public offerings.