Aging is something we all have to face through our lives and of course, we cannot run from it. Wrinkles, niggling aches, and gray hair all are generally considered as an inescapable portion of growing older. However, now scientists, with the advancement in technology, claim that the process of aging may be reversible. And with an intention to assist treat progeria, a research team has come up with a new technique that can reverse aging and revive human cells. 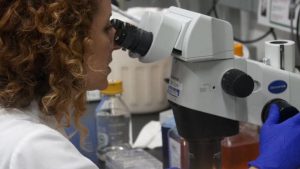 Progeria is a disorder that results in aging in children too rapidly that generally steals their chance to live beyond their early young adulthood. While developments have been made to decelerate aging process in humans, actual age-reversal remains challenging to achieve at a cellular level. A research team at the Houston Methodist Research Institute, the United States, analyzed cells from kids with progeria.

John P Cooke said, “We wanted to do something that would enhance the quality of life of children and possibly let them live longer, so we decided to study their cells and observe if we can enhance the cell function.” The scientists emphasized on telomeres that are located at the tip of every chromosome, similar to the shoe lace’stip, holding together the chromosome. The telomere gets shorter as we get older, telling off the period we have left. It was observed that the telomeres in kids with progeria were shorter.

Cooke said, “When we reverse the telomere shortening process in the cells from these kids and extend them, it can reverse several issues linked to aging.” The team utilized a technology known as RNA therapeutics. They made the cells to generate a protein known as telomerase that can lengthen and extend the telomere. Just expressing the protein for a few days in the cell resulted in a considerable physiologically relevant effect on the function and lifespan of the cells.

Cooke said, “What was most unpredicted about our study was the dramatic influence the telomere-extending methodology had on the cells. We’re not anticipating to witness such a dramatic outcome on the cell’s ability to proliferate. They can divide and function normally, and we provided them additional lifespan and also better function.”

He further added, “We evidently enhanced the potential of cells to proliferate and reversed the generation of inflammatory proteins. The cell agingmarkers we focused at were all reversed in our study with the treatment.” The analysis was issued in the Journal of the American College of Cardiology.