HomeBusinessShare Your Opinion on Hot Topics with This New and Free To...
Business

Share Your Opinion on Hot Topics with This New and Free To Use App: Meet Vottelo

What if there was a way to democratize online voting and make everyone’s voice matter equal? How would it be if it was the people and not the media who can decide which are the important questions to be discussed? Turns out there is a platform that might yet turn out to be the solution for this – meet Vottelo, the swiss-based poll and survey portal.

The idea about Vottelo emerged several years ago. After becoming frustrated with selective media coverage and lack of an online space where everyone can freely voice their opinion on the things that matter, the founder Marc Heimoz decided to take matters in his own hands. It was only last year that the Vottelo platform went live after a long conceptual and development phase. According to Marc, it was imperative to not rush the launch of Vottelo – designing a timeless user experience takes time, and this is exactly what Vottelo prioritized.

One of the most unique features of Vottelo is the simplicity it offers to its users. Vottelo is the first platform to offer simple Yes or No polls and surveys next to the option to comment and discuss as on other well known platforms like Reddit or Quora. What is more, the users can also see the results about every question, including comprehensive data and statistics delivered in a clean and seamless format. Everyone can ask a question about virtually everything that they believe is important – no matter if it has already been voiced in the online space or not at all. 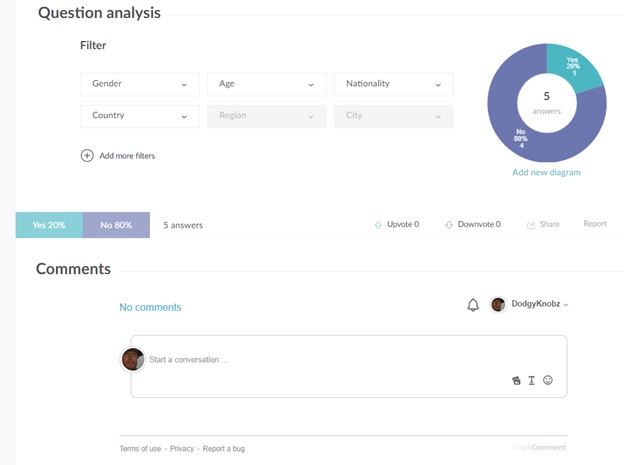 Simple Yes or No answers, full data about the results and a discussion option – Vottelo packs everything the user needs for a fruitful discussion and comprehensive insight about the topic.

Vottelo is employing gamification, rewarding its users for their activity on the platform. Answering or posting questions and engaging in discussions yields different rewards such as badges based on their progression in the 100 available tiers. Users who manage to reach the maximum rank are rewarded with the Vottelo Ambassador role.

No one likes being bombarded with multiple irrelevant ads. Vottelo acknowledges that as one major obstacle to a seamless user experience and delivers only a highly targeted and limited amount of ads to its users. Advertisers can get better results out of their budget and users will no longer be annoyed by the countless ads they see on all social media and video platforms today. Furthermore, users will be able to give feedback to the ads and select which ones they are not interested in, allowing Vottelo to continuously optimize the mechanism behind its ad targeting. 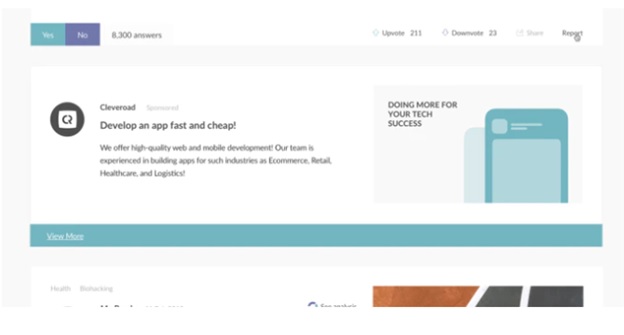 Here is an example of an ad shown to the user on Vottelo. There is only one advertisement on the page at any given time.

The motivation behind a crowdfunding campaign

Vottelo is currently running a crowdfunding campaign on Kickstarter. The goal is to fund the development of the Android and iOS apps, as well as to advance the functionalities made available on the platform. What is more, the team believes that crowdfunding can become a powerful tool for Vottelo to expand its community. Launching on a leading platform like Kickstarter with a high degree of competition would allow Vottelo to get valuable community feedback and improve the platform further.

The goal is to go live with the iOS app in Q3 2021, followed by the release of the Android version before the end of the year. The implementation of the additional functionalities and the marketing activities is planned to begin in 2022.

In a world where freedom of speech is becoming increasingly more important, Vottelo is stepping in at the right time. As a project that heavily relies on a faithful and supportive community, Vottelo’s future is in your hands. You can become a driving factor behind the change and help the project achieve its mission that is shared by many – an e-democratic web space where everyone can voice their opinion. The campaign will conclude on March 9, so make sure you become an early adopter and secure your rewards while you can: https://www.kickstarter.com/projects/293688035/vottelo-let-your-voice-be-heard-by-everyone?ref=discovery&term=vottelo