There’s a revolution brewing! People are less likely to buy ‘brand new’ mobile phones than ever before. Instead, they’re turning to the growing range of refurbished, used phones available from online retailers and those on the High Street. 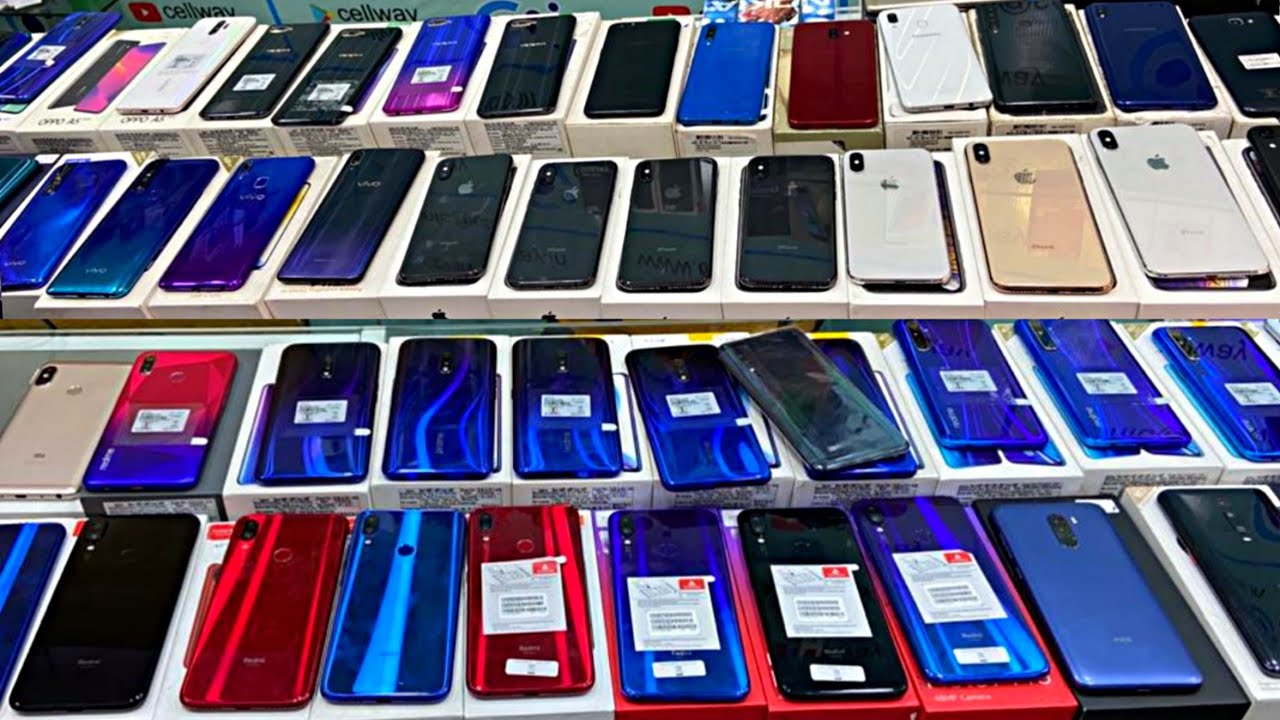 Sales of used and second hand phones have grown in the last few years – in some cases, by as much as 40%. So let’s consider why buying a second-hand device has become more popular, as well as take you through some of our top picks when it comes to buying a used phone in 2021.

Why buying second-hand phones has become so popular

There are plenty of reasons why buying a second-hand phone has become so popular. In recent years, sales have steadily increased as people turn away from more expensive options and look to purchase used devices at a fraction of the price a ‘new’ handset costs to buy.

If you consider ‘like for like’ purchases, there’s rarely a time when buying a used phone is more expensive than a ‘brand new’ handset. Depending on the make and model, you could save hundreds of pounds and even up to 50% of the price.

Second-hand phones can be purchased ‘as good as new’

If you want a top-end smartphone for a lower price, our advice is to wait until a few months after it’s been released. Because if you do, you can get your hands on the same quality handset and pay far less for it.

When searching for a ‘used’ phone, look for the word ‘refurbished’. Because if you see this, that phone comes with a few guarantees. The first is it will have been cleaned, tested and checked to the highest of standards. In fact, a second-hand, refurbished phone is often more rigorously checked than a ‘new’ device. The second is that you’ll get a comprehensive warranty as standard – look for at least 3 months and ideally up to an entire year. You should never have to pay extra for a warranty when buying a second-hand, refurbished phone.

And don’t forget that you can often buy a ‘used’ phone in ‘like new’ or ‘pristine’ condition. In this case, you’ll save money and get a handset that looks, feels and works like a ‘brand new’ device!

It’s good for the planet too!

By far the best thing you can do for the planet when it comes to mobile phones is buying a second-hand, refurbished device. Despite a tech company’s best intentions, designing, manufacturing and shipping a mobile phone can be pretty tough on the environment. You’ve got the materials, the human resources and the harmful chemicals required to make your phone work as well as it does.

So buying a second-hand, used phone is a superb alternative to relying on recycling alone. Here are just a few of the ways you’ll help the planet if you buy second-hand:

We’ve put together a list of some of the best second-hand phones you can buy in 2021. As you’ll see, buying a used handset still means that you’re getting a top-quality device – but at a much lower price!

There’s a reason why the Samsung Galaxy S9 is still a top-selling second-hand phone. This is because it’s a handset that does it all. The processor is powerful and the camera remains solid – especially in low light conditions. In fact, some of the more modern specs and features top-end smartphones boast about can be found on the Samsung Galaxy S9. For example, you’ve got reverse wireless charging, a dual-lens camera and an ultrasonic in-display fingerprint sensor.

It’s hard to believe that the iPhone 8 Plus is now over 4 years old! That’s because if you own one, you’ll still be getting incredible processing power, wireless charging and an IP67 water resistant rating. The dual-lens camera is a particular strength too – meaning that the iPhone 8 Plus really does remain a top-end smartphone, even in 2021.

Lots of reviews have commented on the qualities of the Google Pixel 3 XL. And for the money you’ll spend, there aren’t many better second-hand phones available in 2021. The camera really does stand-out – where Google’s software updates continually give you better and better results when snapping photos or shooting videos. It also has plenty of other clever features that stand up well when compared to the most modern smartphones – such as the superb Recorder and Call Screen options.

Though not as popular as an iPhone or a Samsung Galaxy, the LG G8 ThinQ is still a fantastic handset that you’ll love to own and use. For a really respectable price, you can pick up a second-hand G8 ThinQ – a device that boasts both great performance and a decent camera too. And for those who still like to plug in a set of headphones, the LG G8 ThinQ could be the blast from the past that you’ve been looking for!

Probably the best second-hand phone currently available, the iPhone XS stands up incredibly well – despite being over 3 years old. Equipped with the powerful A12 Bionic Chip, the iPhone XS is most definitely fast. Even better, it continues to hold its resale value, so you can sell it for a decent price at a later date if you like. A great camera, sleek looks and a full screen display make the iPhone XS one of the top used phone choices of 2021.