Sales are soaring in all sectors of the drone industry, whether we’re talking military contracts or for the commercial consumer, and there’s no sign those trends will end anytime soon. 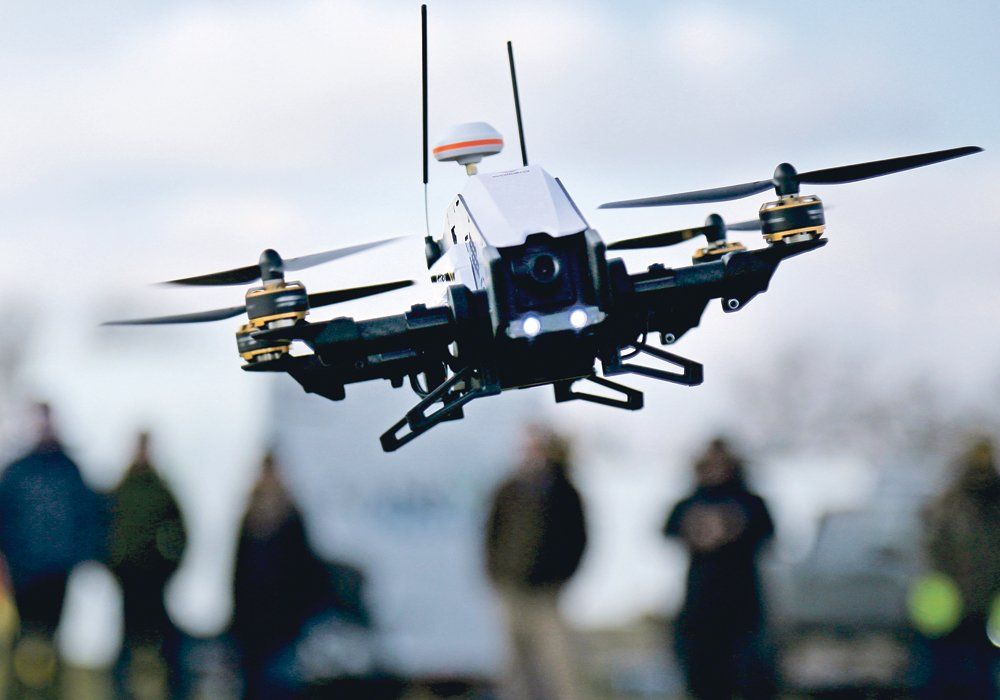 It’s early days in 2021, but already we’ve seen drone research take hold in science and entertainment—some long-term and others brand new—which could transform the way we live.

Techicy.com has milled through these drone advancements so you don’t have to, with the best of the bunch mapped out below.

Another Win for A.I.?

Anyone who’s seen the Terminator films can confirm the scariest notion surrounding drones (and robots in general) is that they will ‘go live’, gain sentience and eventually take over the world.

Well, we could be one step closer to that reality after the Federation Aviation Administration (FAA) granted American Robotics—a company based in Marlborough, Massachusetts, the first non-emergency approval to operate automated drones without an on-site pilot present.

Verizon’s Skyward pilots were the first company to be granted BVLOS (beyond visual line of sight) approval to operate an automated drone mission in September 2020, but that was in emergency circumstances due to the Big Hollow Wildfire in Washington, per UAVCoach.com.

It’s early days, but American Robotics have opened the door for companies to operate unmanned aerial vehicles (UAVs) without human supervision. Other businesses will naturally follow suit in what promises to be a groundbreaking move in regards to how companies organise workforces.

Aside from cutting costs and the need to pay employees as observers, skeptics will worry for what this means in terms of the future faith we place in our robotic ‘comrades’.

Drone impact in medicine is one of the most positive effects the technology has had on our world, and the industry just gained one of the biggest boffins in the business.

Mardall announced via LinkedIn that he was “super excited” to be joining Zipline after 10 years at Tesla. There, his development of the Model Y’s heat pump—something Elon Musk previously described as “physically impossible by normal means”—earned high praise from the CEO:

Zipline is a company valued at somewhere around the $2 billion mark, but one that appears good-natured in its intentions. In that sense, Mardall’s move looks like a win for the good guys.

The Drone Racing League has already been in operation for five years, but all signs suggest 2021 could be when we see the sport go from ‘obscure hobby’ to ‘mainstream interest’.

The latest season of the DRL Allianz World Champions was already broadcast via massive media names like NBC and Sky Sports, with levels hosted by some of the biggest venues in the world:

Join us tomorrow at 4:30pm EST as we close out the 2020 DRL @Allianz World Championship season here on Twitter! #DRL2020 pic.twitter.com/xkt39jAhms

The initial bump of getting people to watch the sport is the biggest obstacle, as it’s difficult to shrug off the excitement once you give the high-speed sport a chance.

Tournaments include both individual and group-based events, with more information about its pilots and teams available at Drone.bet.

Piloting an aircraft in foreign countries is the dream of many, but until now, only a minute percentage of the population will achieve that goal. Drones have forced open that door and expanded opportunities for aspirational flyers, who can do just that with Flyby Technology.

The United Kingdom-based company counts ex-Royal Air Force and Royal Navy fighter pilots among its staff, with the course focused on providing BVLOS drone training. This takes the concept of how drones are used in military procedures and brings it to the civilian level.

Approved by the Civilian Aviation Authority, this course is focused on future use of drones, considering they currently have to be flown within sight and no higher than 400 feet. However, if (or when) these laws are relaxed, those qualified can expect larger responsibilities, which could even include flying systems remotely from countries away.