In 2014, a small start-up in Boise Idaho by the name of Etison LLC, began selling new software for digital marketers and entrepreneurs. Hundreds of miles from Silicon Valley or any Venture Capitalists, Russell Brunson and partner Todd Dickerson quietly launched their little business.  In a few short years, this small start-up is now a $100,000,000 software company with more than 55,000 paying members… 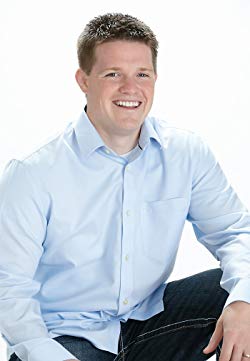 The result was a “Potato Gun Guide” that came with instructions, plans, and even a DVD to help customers master the ins and outs of building potato guns.

This little project appealing to a limited market, ended up resulting in hundreds of thousands in profit. The success from this potato gun business encouraged Russell’s obsession with marketing and selling products on the internet.

In under twelve months, Russell Brunson had made his first million dollars on the internet.

In the following years, Russell Brunson has successfully sold everything from shirts, consulting, nutritional supplements, coaching, and more… He launched his own products and even distributed for network marketing companies, one of them rewarding him a new Ferrari as a sales bonus.

As a digital entrepreneur, Russell Brunson had developed systems and processes for “launching” his products and services.

The internet marketer had no shortage of vision – but struggled with building sales his online sales systems – as there was no easy way of piecing the entire sales process together.

The tech challenges involved with getting his ideas on the internet was his primary motivation behind starting “ClickFunnels.” This ClickFunnels sofware allows members to easily ‘drag and drop’ complete sales funnels – without being “techie” or taking programming classes…

Russell and the team at ClickFunnels helped make the now commonplace term “sales funnels” mainstream in the internet marketing world.

ClickFunnels takes the expensive web designer out of the equation of selling online. Using a ‘What You See Is What You Get’ (WYSIWYG) user interface, one can piece together everything from simple lead capture pages to entire sales funnels with shopping carts, upsells, and back-end email automation…

The popularity of sales funnels has given rise to many competitors in this SaaS niche. LeadPages, InstaPages, Builderall, InfusionSoft, and a few other tech companies are competing for the same demographics as Russell and his team.

Russell Brunson and Todd Dickerson will argue that their software is more robust than any of competing offerings that have popped up over the last few years.

This competition is healthy and benefits the customer as several firms fight to provide more value than the next.

Russell Brunson has written two best-selling books around the topics of digital marketing and sales funnels.

He credits his books, training courses, and ClickFunnels software with creating more than 200 millionaires in just a few short years of operation.

The ClickFunnels “2 Comma Club” is the name of this elite club of millionaires. The qualification for recognition in this club is for ClickFunnels to verify sales of more than $1 million dollars from a single sales funnel.

ClickFunnels is today one of the fastest growing non-venture backed tech companies in the world.

In 2018, Brunson famously sold $3 million worth of software packages from the stage during his 90 minute 10X Growth Conference keynote presentation.

Regardless of whether you’re in need of a “sales funnel software” or not, the meteoric rise of this software firm is impressive and worth a close look. A solid company with a strong salesman at the helm, Russell Brunson and Etison, LLC will be around for years to come.