HomeTechnologyRepublic of Gamers Releases the ROG Phone: Have We Reached Peak Mobile...
Technology

Republic of Gamers Releases the ROG Phone: Have We Reached Peak Mobile Hardware?

ASUS’ gaming brand Republic of Gamers made headlines recently when it unveiled a brand new, mobile gaming-focused smartphone. Simply called the ROG Phone, the new handset costs $899 and features 8GB of RAM (the same amount of RAM included in the standard models of the PS4 and the Xbox One), an octa-core processor, and a 6-inch AMOLED display.

On all points, the specs of the handset are powerful. But is the phone totally niche, or is it a necessary adaption to the growing mobile gaming industry?

There are billions of mobile gamers around the world and as the mobile gaming industry has matured, so too have the demands of these players. According to the Entertainment Software Association, the most popular gaming genres are shooter games (25.9% of games sold in 2017 were shooters), action games (21.9%), and sports games (11.6%). Strategy games represented 4.2% of game sales while fighting games representing 6%.

As these genres grow their presence on mobile platforms, the hardware will need to adapt. With multiplayer shooter games such as Fortnite Battle Royale, players will powerful processors to ensure that their phone doesn’t lag when they are trying to clinch a Victory Royale. Meanwhile, the slots offered in the Buzz Bingo mobile app will look best on handsets with large, high-quality screens. The visuals of slots like Juicy Fruity with its bright, fruit-shaped icons and the explosive, cartoonish visuals of the Worms Reloaded slot will look best on better displays. Platformer Super Mario Run is also designed to bring console-like gameplay to mobile devices but the replayability of the Nintendo mobile game means that you may need a phone with a substantial battery life so that it can keep up with you. 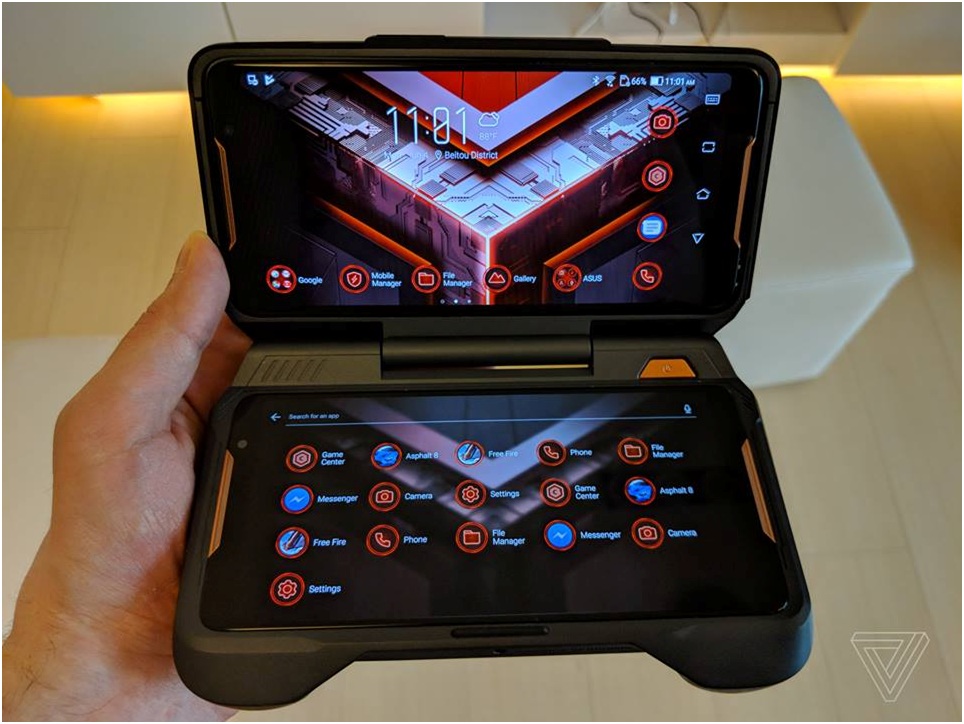 Although the ROG Phone is being talked about right now, it’s not the only mobile manufacturer that has made a phone that specifically appeals to the mobile gamer demographic. In late 2017, gaming peripheral and computer accessory manufacturer Razer unveiled its Razer Phone, which offered 8GB of RAM, octa-core processors and a 5.7-inch display. The handset made a lot of sense given that Razer’s products already appeal to the gaming demographic and the mobile gamer sector was – and still is – growing.

When Apple revealed its latest premium high-end smartphone, the iPhone XS and the iPhone XS, the company was keen to stress that its phones offer the A12 Bionic chip and hexa-core processors. This makes the phone a lot faster and far more capable of handling power-intensive tasks such as demanding video games with high-quality visuals and multiplayer features. The fast charging features of the phone are also useful if you’ve run down the battery by playing so much!

These few examples, including the ROG phone, may just be the start. Phone manufacturers are constantly making improvements to their handsets and although they may not be promoted as being for mobile gaming specifically, it shows that mobile gaming is well and truly mainstream and handset makers are adapting to that.