Cashless payments have come with its share of disadvantages for the people of Pune. Disgracefully, the number of individuals who have fallen prey to this offense has gone up in the past few months. Administrators at the Pune Police Cyber Cell verify that offenses related to skimming incidents are increasing day by day in the city. The number has been increased drastically in the last 2 Months. Skimming incidents involve reading the information off the magnetic strip of the card. 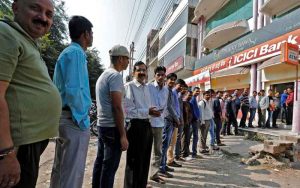 Ritesh Bhatia, the cyber security expert, says, “Scammers frequently hang out at ATM booths to help aged people or those having no clue of how a card operates. Once they are done with the transaction, they exchange the card with an identical card.”

An IT proficient, who had fallen prey to cloning of debit card and lost almost Rs 70,000 claims, “I had got text messages on my cell phone related to 3 payments of differing amounts being carried out. I lodged a complaint with the cyber cell and bank.” An inquiry exposed that the information of his card was replicated by cyber scammers either while paying and purchasing for food or while taking money out from ATM.

In another incident, while inspecting the credit and debit card skimming racket, Mumbai police took 2 waiters into custody working in a bar at Pune. The inquiry exposed that the mastermind of the gang preserved a register of users’ card PINs and details. This makes it obvious that several had fallen victim to the gang active from 2016. As per the police, a laptop with particular software to decipher details of a card was also found.

The police were capable of tracking them after an individual filed a complaint post getting tricked of Rs 67,000. The individual was asked by the manager to file a police complaint after inquiring with the bank. The Pune Police cyber cell has filed almost over 540 incidents from January 2017 till now.