Portable Chargers Adapt To All Needs

Running out of battery and not having a charger on hand is one of the biggest fears that people face today. The cell phone has become the main ally to receive not only calls, but also to check social networks, send emails and answer messages that must be answered immediately.

Even the 21st century phobia is known as Nomophobia or irrational fear of being without a cell phone. Carrying the charger everywhere is also one of the most common habits of people. When you reach a site, the first thing you are looking for is a plug to connect it to charge it. According to the Environmental Protection Agency of the United States, 1.2 billion cell phones are in use around the world and are only used an average of eight months before replacing them. 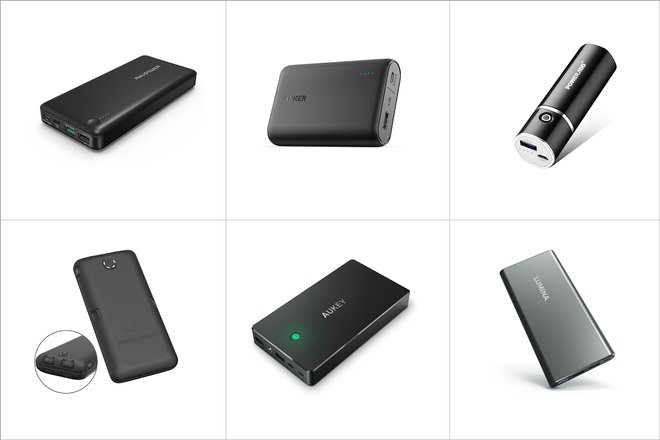 That is why the technology industry increasingly points to the needs of this sector. Recently, powerbanks that adds to the fashion of portable technology was launched. This, in addition to being an ornament, also serves as a charger for iPhone or Android. The device takes about 90 minutes to be fully charged and its battery can last up to 30 days in standby mode.

The Q-bracelet is also water resistant and comes in three different sizes: small, medium and large. The company that distributes it was commissioned to create different styles so that it can be used by both men and women. There are other portable phone charger like the SLEEKI that allows two devices to be charged at the same time since it has two USB inputs, one designed for a smartphone and the other for a tablet. It also has a built-in LED flashlight, which is useful in cases of emergency.

Other options also work as a portable WiFi router, through these you can turn any network into wireless. One of these models is the Hoo Too Trip Mate or the Samsung LTE Hotspot Pro that offers the Internet to a maximum of ten devices. The solar chargers are also an alternative. These take 12 hours to be fully charged using only sunlight. It also comes with a separate battery to charge it with electric power. Its use is recommended for long field trips because while it is used during the day it will be charging, it is also resistant to water.

Why do not they invent a battery for which a smartphone lasts longer? The new external battery for the cell phone has the size and appearance of a key Avoid sudden cell phone death There are other options that also work as a case for the cell phone, these offer extra storage through a USB port but are more expensive since its price is between USD 150 and 180 compared to USD 50 that can cost up to normally portable charger.

It is important to remember that charging the battery, when it is not yet needed, will cause it to burn faster and must be replaced. When it is only charged up to half it is a sign that it will soon die or if it takes all night to have 100% battery percentage. Another way to discover if it needs to be replaced is by observing its shape, if it is swollen it is necessary to remove it immediately. The life of these depends on their use since their replacement can be from two years or even six months of use.