HomeTechnologyParents Should Pay Attention to Smartphones for Children
Technology

Parents Should Pay Attention to Smartphones for Children

At some point, most children want to have a smartphone – but parents are skeptical. Rightly so! There are a few things mothers and fathers should keep in mind when their first mobile device is on the gift table. 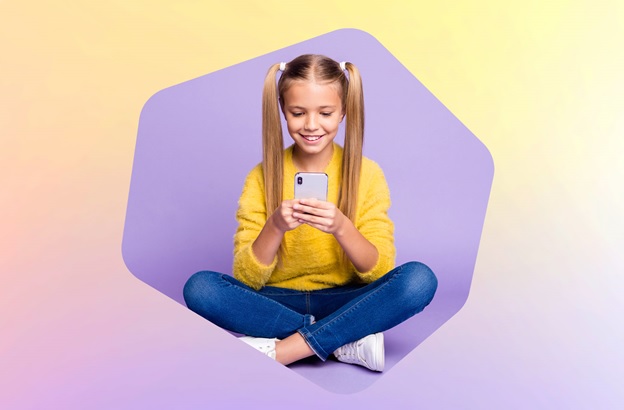 Strict prohibitions often do not help parents. At some point there will come a time when mothers and fathers simply can no longer say “no”. The begging, the eternal comparison “But Benno has had one since Christmas”, annoying. Then it’s on the birthday table: the first smartphone for your own child. Although you never wanted to.

But smartphones for children don’t just have disadvantages. According to a survey, parents primarily allow their children to have a smartphone because they can then reach each other at any time. An understandable reason.

31% of six to nine-year-old children have their own cell phone or smartphone. In children between the ages of ten and 13, it is even 80%. (Kids Consumer Analysis 2015). On the other hand, Medic Mind Australia states that cell phone is one of the essential devices through which the student can learn, even for the distant learning, cell phone plays an important role for children.

It is important that parents carefully accompany their children, draw their attention to dangers, establish clear rules for the use of smartphones, but are also interested – in everything that defines this fascination with media for children. This will keep you a good contact for your children. But how do parents teach their children these important things? We give tips for children’s first smartphone.

The first smartphone for your child – what you should pay attention to now:

Before we give you tips on how to use smartphones, consider whether a cell phone might be a better way to get started if the only thing you want to do is make it easier for you to reach each other. Especially when your child is still young, you can gently introduce them to the new device. If you then notice that they use their mobile phones very responsibly, you can still think about a smartphone.

Kristin McKenny, media coach at FundClear Crowd recommends a first own Smartphone at the earliest from the age of eleven – and only if the child already knows how to use the PC, Internet and Laptop, etc.

The smartphone should not be a toy. Using the beloved item (that’s what it will be!) For longer than 60 minutes is therefore an absolute no-go.

It is best for parents and children to jointly determine the times of the day and to what extent the cell phone can be used. The smartphone should definitely be switched off at school, when studying or during homework times.

It would be good if the youngsters only pick up their smartphone as soon as they leave the house and turn it off when they go to bed at the latest. When you are together, the smartphone should be taboo for the whole family.

Sometimes the enthusiasm for the first smartphone is so great that verbally agreed resolutions are quickly thrown overboard. To prevent this, it is best to give your child a parent-child contract with the smartphone. A document signed by the child and the parents encourages the discussion about the risks and gives the whole thing more emphasis.

2. Keeping an eye on costs

With the first smartphone, it is important that you talk to your child about the costs of calls, SMS, MMS and internet. The best way to do this is with prepaid cards, which limit the data volume and make the costs directly traceable. But even with these tariffs and especially with term contracts, unwanted costs can arise. For example, by downloading paid apps, buying ringtone or calling expensive phone numbers.

For example, T-Mobile and Mobilcom Debitel offer extra child rates for their customers. These are particularly inexpensive, special numbers can be blocked and parents can sometimes be reached free of charge. If possible, you should not give your child a mobile phone with a contract without a cost limit.

Think about sharing your child’s cell phone bills. By sacrificing a small part of their pocket money each month for the smartphone, they learn to appreciate its value and use it sensibly.

It is also advisable to first provide a less expensive (used), handy and insensitive smartphone.

The internet and digital devices such as smartphones harbor opportunities and dangers for children. It is important that you first accompany your children and see together which applications can and cannot be used (and why!).

If children have little experience with the Internet, the My-Home app, for example, is   ideal for taking the first safe steps on the World Wide Web. This is because you install an Internet browser that only opens child-friendly websites.

Secure access to the app store with a password and deactivate WiFi, GPS and Bluetooth – at least initially.

Loud music, game noises or phone calls in public are extremely annoying. Here, too, parents should “guide” their children. This way they learn to be considerate of their environment and not to unnecessarily disturb other people with their smartphone. The children can hear music and game noises well with headphones. Telephone calls on the bus or train should only be made in urgent cases. In addition to the disruptive factor, the people sitting next to them can overhear everything. Do you really want that?

Even if you have explained all the rules for using the smartphone to your offspring, it can always happen that something stupid happens. This is completely normal and your child will learn from their mistakes. If your child accidentally downloads a paid app or is insulted via the smartphone, it is important that they know that they can always come to you.

How well does your child know about digital devices? Take the test!

Elementary school students quickly learn to use digital devices. But when it comes to media literacy, they need the help of their parents. Test how well your child can deal with new media – including suggestions for media education developed by experts.