If you are looking to engage in a short quest, then check out Doric’s Quest.

Do you feel like you have spent far too much time trying to find OSRS gold or leveling your skills? Then why not take in a quest? There are a number of quests for you to traverse throughout Old School Runescape as I’m sure you’re aware of. What quests you choose depends on a lot of different factors, such as how much time you want to spend doing them, or whether you meet certain requirements. 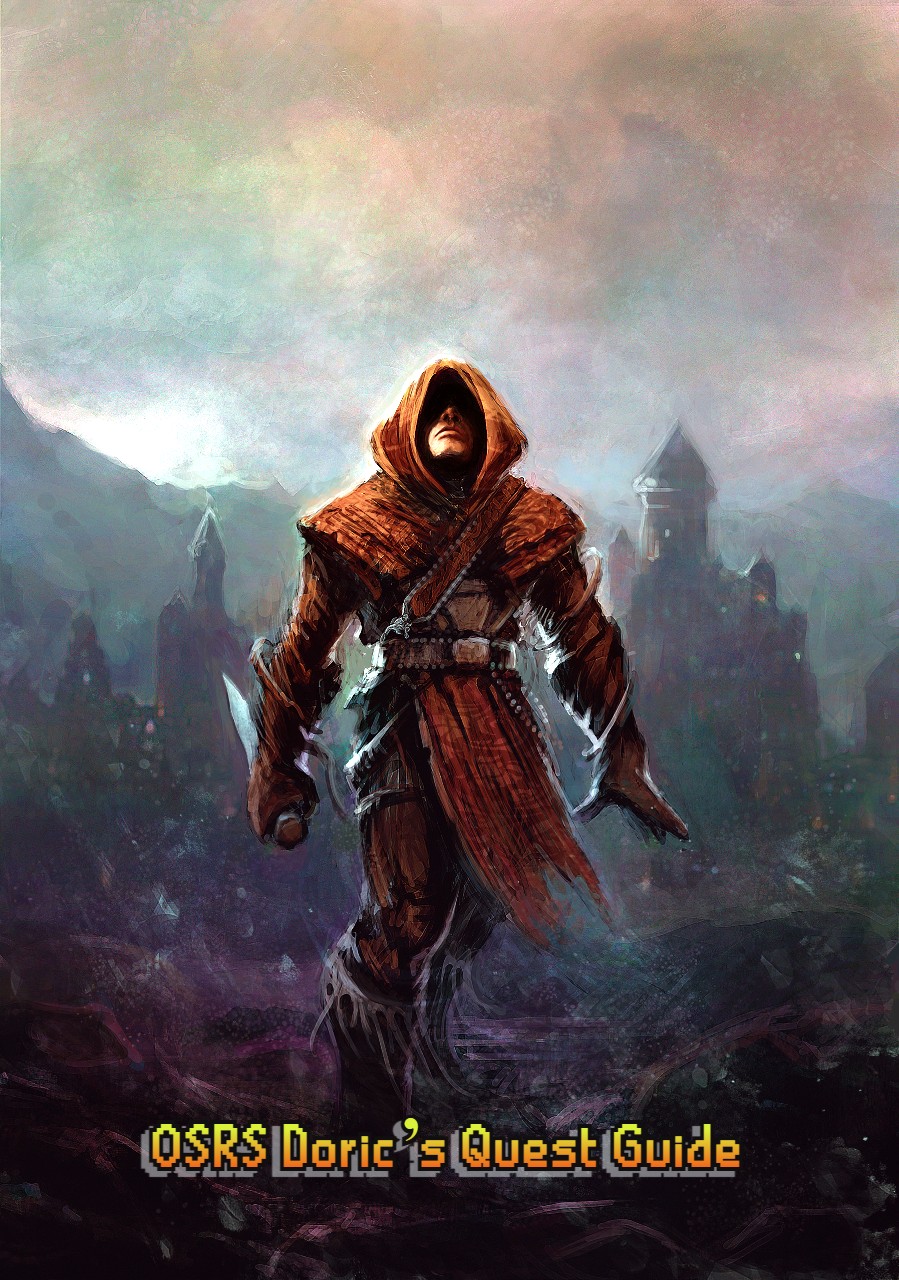 If time is of the essence and you don’t want to spend too much time on questing, but you are curious about at least trying one, then there are several short quests that you can embark on. One of these quests is entitled Doric’s Quest, which is what we will be looking at here. In this quest, a dwarf named Doric would like you to run a particular errand for him, in return for the use of his anvils. Since that could come in handy, we are going to go ahead and help him.

There are a few items that we will need to take with us if we are to complete this short quest. Firstly, we are going to need six clay. We will also require four copper ores, and two iron ores. If you have a pickaxe, then you would be able to use that to mine these ores yourself. You can obtain one of these items during your quest, in which Doric will give you a bronze pickaxe. There are no enemies for you to worry about, so no need to start cracking out the Twisted Bow or anything. So without further ado, let’s delve into this short quest.

Firstly, we want to go north of Falador to speak with Doric in the small house there. This is found near Taverley’s eastern gate, to the south of the Goblin Village. Speak with Doric and request that you use his anvil or whetstone. He will then state that he needs to find some resources so that he can make pickaxes. You will then be handed the bronze pickaxe that we mentioned earlier, and you need to get the six lumps of hard clay, the four copper ores and the two iron ores.

If you have read the requirements for this quest and gone ahead to get these materials, or you had them already, then you can go ahead and ignore this section. It isn’t relevant where you find the ore, but the Dwarven mine is near Doric’s house so you may as well head there. From Doric’s house, go to the east then head north to get to the path that leads to Ice Mountain. When you are on the mountain, go to the south to find a ladder that has dwarves and buildings around it. Head down this ladder to get yourself into the Dwarven mine.

The resources that you need, which come from the copper, iron and tin rocks, are to the south of the entrance. A little further on will take you to the clay rocks that you need to mine. The dwarves outside of the mine near Doric’s house are also capable of dropping iron ore. You can also buy copper and iron ores from the Blast Furnace store. Sand and rock crabs also drop iron and copper too.

Regardless of how you obtain the relevant resources, take them to Doric to complete your quest. He will express his gratitude and let you use the anvils when you need them. You will also be rewarded with a quest point, 1,300 mining XP and 180 OSRS GP coins.

The requirements for this quest won’t have you spending any gold really either, so you don’t have to panic about having to buy OSRS gold from somewhere that would have OSRS gold for sale. Of course, spending a little would help to get this quest done a little quicker, but it is hardly the longest quest for you to take part in. As a matter of fact, it is one of the shortest quests that the game has to offer. So, if you are just getting into questing, then this is just the tip of the iceberg when it comes to what Old School Runescape has to offer. There is a wealth of questing for you to explore, with some tantalising rewards that you are going to want to get your hands on. Hopefully, Doric’s Quest has inspired you to take on some of these other adventures.

Have you finished this OSRS Doric’s quest? Let us know in the comments section below!