It seems that Ola and Uber might soon have a tough competitor on the grounds where both the on-demand cab service providers are functioning on huge losses owing to inappropriate business strategies and interruption of local permit holding taxi and rickshaw unions. 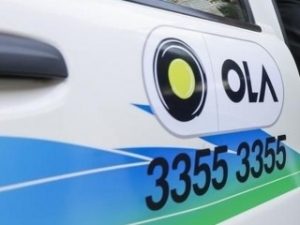 The startup named as Tygr, which operates as an Omni-transport app in cities such as Kolkata, Ranchi, and Indore is soon entering Mumbai with its fleet of 5,000 cabs that are already on-board.

The startup was established in 2015 and started its operation through the app in 2016 first in Kolkata. Further, Tygr started expanding its network in more cities such as Ranchi, Indore, Raipur, and Bangalore. And it has introduced its services and operations in Mumbai with almost 5,000 vehicles.

The concept of the startup came from the Founder and CEO, Aditya Poddar who in his previous years was associated with Singapore Business Federation, The Indus Entrepreneurs (TiE), and Business Leaders Alumni Club. The company based on its performance and achievement was awarded by NASSCOM, supported by Facebook via FbStart, and it also ranked among the Top SMEs in Singapore.

Tygr claims that it has approximately 10,000 cabs linked with the app in India at the present stage. In the previous month, it has witnessed an average of 100–150 rides for the cabs that are on board. It has been emerging at a great speed owing to their distinctive business model. We project to onboard around 3,000–4,000 cabs in every city by the end of this financial year.

The company operates on an idealist business model in which instead of spending in new drivers and taxis, it believes in working with franchises. The franchise tied up gets an agreed percentage of the income for introducing existing cabs. Every cab pays Rs 500 per month as a registration fee for getting listed on the app. whereas, franchise partners look after the formalities of driver’s verification and induction. In the whole operation, the driver doesn’t have to contribute a single penny for the trips he serves.
The company has a broad range of transport modes which include shuttle vans, cabs, auto-rickshaws, buses, and luxury vehicles such as limousines. As per the launch plan, the company has for now introduced cab-based services in Mumbai, and in coming period, it projects to roll out other additional services such as intercity logistics, ambulance, and delivery.

Tygr also aspires to begin its services in South East Asia, Canada, and Europe within 12 months.