HomeSports/GamesNot Only Casino Bonuses Can Impress You: Facts About Casino Gambling
Sports/Games

Not Only Casino Bonuses Can Impress You: Facts About Casino Gambling

Casinos are among the most interesting ways to learn about gambling and all that the casino industry entails. A casino is where people hang out to catch some fun and get a good chance at winning. This is why many people have fascinating stories that revolve around the casino. From their inception back in the 1600s, casinos have sparked attention and interest around the globe and have become impressively popular. In fact, it is currently among the most profitable industries in the world. 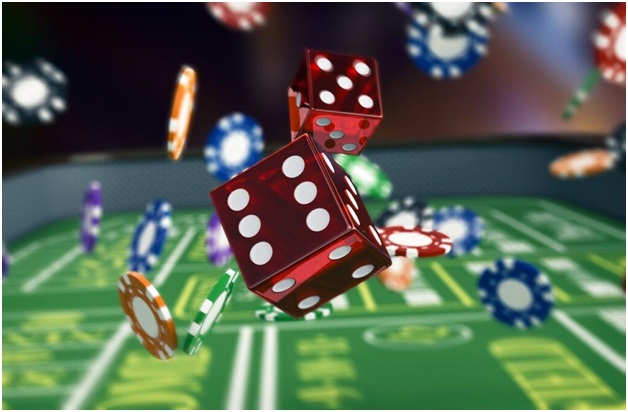 The allure of winning good amounts of money by simply playing games—like PG slot—of chance has obviously been such a hit, as over 2,500 casino establishments are found across the globe. Although you think you know everything about these gaming hubs, certain unique characteristics are deeply rooted in history. In this article, we’ll be letting you in on some interesting facts about casinos and gambling.

In the year 1895, Charles Fey invented the very first slot machine. In Great Britain, the machine was known as a fruit machine and was a gambling device operated by placing one or more coins into a slot. The reels were marked into horizontal segments by various symbols, and pushing a button or pulling a handle would set them in motion.

The machine paid players by dropping two or more coins into a cup, based on how many symbols are lined up when the rotating reels come to a stop.

The symbols that were traditionally used at that time were:

Other symbols included various pictured fruits such as:

Charles Fey’s Liberty Bell Machine was kept in an auto shop that allows customers to enjoy themselves while waiting to repair their vehicles.

Here are some dates from the history of slots:

Gambling Saves the Day for FedEx

Here’s one of the most famous gambling stories, which tells the tale of how the Founder of FedEx’s trip to the casino saved the multinational courier services company. Apparently, at some point, the billion-dollar company was going bankrupt. So Frederick Smith, the founder, decided it was all or nothing and took the last $5000 all the way to Las Vegas. He won a whopping $27,000, which he immediately put back into his business. This was indeed a brave move on his part, and with it, he was able to save his company from bankruptcy.

Card Counting Is Not Illegal

In the card game strategy, card counting is used primarily to determine whether the next hand might give an advantage to the dealer or the player. Card counting also makes it possible to alter playing decisions depending on the composition of cards left.

This gives the knowledgeable player a strategic advantage over the house and is applicable in card games like blackjack. Although popular opinion considers this to be illegal, it actually isn’t. However, try to be as discrete as possible, as many casinos will ban you from the gaming table if they realize you’re beating the house with this strategy.

The Sum of the Numbers on the Roulette Wheel is 666

You probably don’t know this, but the nickname of roulette is ‘the Devil’s Game,’ and the reason for that is quite fascinating. If you put yourself up to a little exercise of adding up all the numbers displayed on the wheel, you’ll arrive at a total number of 666, which is also said to be the number of the beast! Now that’s quite spooky! But don’t let that discourage you, because based on statistics, roulette is actually one of the best games with which you stand a chance of winning.

For example, if you bet on black, there is a 50/50 chance that you’ll almost win, even though the odds are quite low, so you don’t win a lot of money. We say it’s almost 50/50 because the European roulette wheel has a 0 while the American version has both a 0 and a 00, which somehow skewed the odds away from actually being 50/50.

The Online Casino Is As Old As the Internet

Although it took a good number of years before it went viral, online casinos are nearly as old as the internet. The internet was first created in 1991, and not long after, in 1994, one of the biggest online gaming providers, Microgaming, launched a casino site called the gaming club. From then onwards, graphics have changed greatly, and the games have become professional, slick and nothing like the original cumbersome versions. Not to mention the advent of casino bonus offers.

With the era of augmented reality and virtual reality, we should expect more developments, which could see online casinos becoming a lot more popular.

One intriguing fact about online casinos is that they practically do not need any human power since most games are software-based. The casino runs continuously, and estimates show that there is one internet user gambling out of every ten at any point in time.

With casinos, any amount of money is absolutely possible. In 2015, a player who sat in the comfort of his living room in Cardiff bet 25p on the slot machines and won up the sum of 13.2 million euros, which currently holds the world record for slot machine wins. The biggest casino win was for a player who was playing for the very first time, spending only 30 minutes playing games before scooping the sum of 17.8 million euros.

The Casino Is a Man’s World

Casino gamblers on the internet are mostly male. It is found that roughly 11% of those who access the internet are active users of gambling websites. Based on annual statistics, more than 80% of people in online casinos are going to be male.

One more interesting fact is that gamblers are usually over the age of 30, and this serves them positively because problems with gambling are usually found in the younger male gambler, which is 7.5 times more susceptible to becoming addicted and having a financial crisis as opposed to their female counterparts.

Slot Machines Are the Real Money Makers for Casinos

Slots are not only almost exclusively played on the internet today, but they are also the most popular game. Maybe the rules of table games like craps and roulette are too difficult to grasp, or maybe people just enjoy the mindless fun after a hectic day at work. But whatever the reason may be, slots machine online free games are, to a great extent, the most popular games to play.

Vegas Is Not the World’s Gambling Capital

This fact is probably the biggest surprise of all, but gambling revenues in Las Vegas are not the largest in the world. The city of Macau takes that crown, recording a revenue five times that of Vegas in 2012.

While Sin City makes the bulk of its money from penny slots, Macau owes its fortune to high roller bets at the VIP gaming tables.

If You’re from Monaco, You’re Banned from the Monte Carlo Casino

The famous Monte Carlo casino is only open to foreign gamblers, while Monaco locals are strictly prohibited. It’s been this way since the mid-1800s when Princess Caroline declared it illegal for citizens to gamble.

On the bright side, citizens have taken to online gambling, and the best online casinos accepting Monaco players offer some very attractive casino bonuses to boot.

Malfunction Voids All Play (And Winnings)

Before rushing to your computer to try out your luck with scooping some huge prizes, here’s one last fact and a word of caution; In Italy, a player bet the sum of 18 euros and won 650,000 euros. However, the casino owners refused to make the payment, claiming that the win was a technical glitch. Of course, the winner took them to court, but the outcome stated ‘computer error would mean no winning,’ so he lost the case.

The Nevada State Prison Had a Casino for Inmates

Gambling is such a big industry in Nevada that even the state prison had a casino inside it for up to 35 years. Yes, you read that right. Inmates could play poker, craps, blackjack and even bet on sports right inside the Bullpen, a stone building in the prison vicinity in Carson City from the year 1932 to the year 1967. However, the prison casino was shut down when a new warden thought it harmful to the prison inmates.

The Sandwich Was First Invented in a Casino

According to legend, In 1765, John Montagu, who was the 4th Earl of Sandwich, was so into gambling that he did not want to leave the gaming floor to eat. He asked his servants to fetch him some meat between sliced bread so that he could play and eat at the same time. Hence, the sandwich became a thing.