The trend of photography has been enthusiastic, from the age it was invented and it remains to uphold with more advancement in the devices and technology as well. The demand and performance of camera industry have remained dominating on the growth charts compared to other equipment segments.

The evolving technologies are drastically transforming the devices. At present stage, smartphone cameras are built with somewhat similar features of digital cameras comprising better sensors with enhanced shooting modes, and mega pixels increasing in mega units. This has no doubt that smartphones have doomed the demand of compact digital cameras, but are there any chances that high-tech camera enabled smartphones will match the precision and quality of the images, that are captured via DSLR (Digital Single-Reflex) cameras. 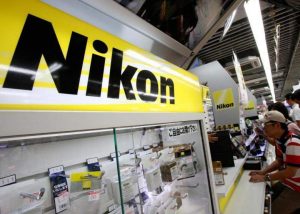 At least for some years, the response will be no, and same is the opinion of Nikon. Nikon India is targeting high returns and projects to set a new record in the country in FY 2017–18.

Managing Director of Nikon India, Kazuo Ninomiya stated that our objective is to set a new sales record in the present year, with an increasing growth rate of 5–10% to reach the mark of Rs 1,200 Crore. The revenue from the DSLR category is drastically escalating. In addition, it also covers the declining sales figures of CDCs.

Nikon India, which is a 100% owned subsidiary of Nikon Corporation at the present stage, holds 55% share of DLSR camera market in India. It also has a strong grip over Indian digital camera market with a strong foothold of about 50%.

When questioned, whether Nikon projects to start a production base for DLSR category in India, the director said, “For now there are no such intentions.” He also ruled out Nikon’s ingress in lens and smartphone camera manufacturing.
The company will be soon developing a totally new series of full-frame and high-end cameras. Nikon declared about the development of the new model, Nikon D850, and is claimed to be descendant to its 36.3 MP D810 camera, which was well appreciated for its clear rendering, rich quality characteristics, and extremely sharp offerings.

The company has analyzed the potential of tier 2 and 3 cities in terms of sales. By last year, Nikon had total 120 stores named as ‘Nikon Experience Zones’ across the country, and now it plans to open more 20 of such stores in smaller towns, targeting the rising demand for DSLRs in these areas