HomeNewsNew Algorithm By Google Can Remove Watermarks From Images
News

New Algorithm By Google Can Remove Watermarks From Images

The research division of Google informed how simple it is for computer algorithms to avoid standard photo watermarking practices, removing those copyright protection images and making them exposed to reposting on the Internet with no credit. 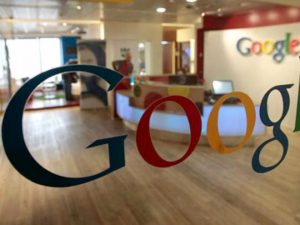 Google research scientists, Michael Rubinstein and Tali Dekel, said, “As regularly done with vulnerabilities revealed in protocols, operating systems, or applications, we desired to expose this vulnerability and suggest solutions so as to assist the stock Reverse Image and photography communities to acclimatize and better guard its copyrighted creations and content.”

Nonetheless, a fact that has been ignored until now is that watermarks are usually included in a consistent way to several pictures, they said. The team noted that this uniformity can be utilized to reverse the process of watermarking—that is, guess the watermark photo and its opacity, and get back the original, free-from-watermark image beneath.

They said, “This can all be executed automatically, with no user interference or prior data about the watermark, and by merely viewing watermarked photo collections available publicly online.”

The team—responsible for the watermark-removal algorithm—was able to educate software with sufficient public examples to recognize watermark outlines and then—via a process known as “multi-image matting”—parts the components of the watermark from the remaining photo. Then, as the software comprehends watermark’s elements such as its structure, shadow, color gradient effects, or opacity, the algorithm is capable of removing it from any image containing that particular or similar watermark.

To secure this, and form stronger copyright protections for photos, the team recommends inclusion of specific randomness elements to the watermark. Dekel and Rubinstein explain that one can’t merely alert the location or make an alteration to the watermark’s opacity. Rather, one needs to make alterations that will leave noticeable relics after the exclusion process. This comprises including random geometric perturbations—that is, efficiently warping the logos and text being used—to the watermark. That way, when algorithms, such as of Google, try to rub out the watermark, they will leave outlines of the photo as these systems are taught to seek uniformity and function by targeting the susceptibilities inbuilt in that consistency.

The scientists mentioned, “In a nutshell, the basis this functions is because rubbing the randomly warped watermark from any photo needs additional guessing of the warp field that was implemented to the watermark for that photo—an undertaking that is intrinsically more tricky. Therefore, even if the watermark outline can be anticipated in the existence of these random perturbations, precisely rubbing it without any noticeable relic is far more challenging.”