HomeResourcesMy Fair Lady Review: A Revival Worth The Talk
Resources

My Fair Lady Review: A Revival Worth The Talk

My Fair Lady is not called “the perfect musical” for nothing. The musical has all the right ingredients to cook up perfect produce. To name a few its seamless book, heart-rending lyrics and harmonious music. The best thing about this product is it always grows into something more pleasing. Even after tons of productions, revivals and adaptations it is still evolving.

The production is on U.S. Tour and is playing at the Kennedy Center Opera House right now. It will stay there for 16 more days if you are interested to visit Tickets4Musical to buy cheap My Fair Lady tickets. 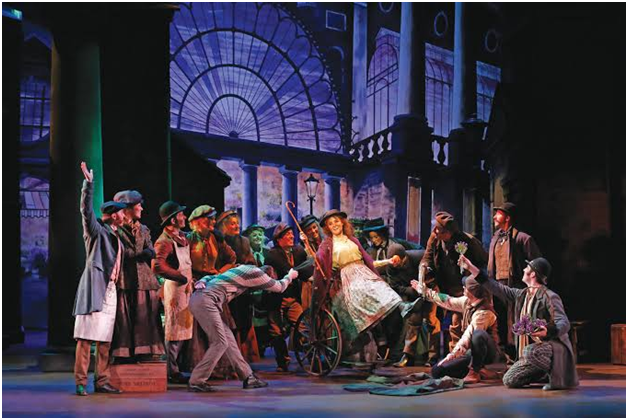 MY FAIR LADY: WHAT’S IT ABOUT?

To describe in two words, the musical is a lavish and electrifying production. Director Bartlett Sher, while honoring Lerner and Loewe’s 1956 original, gives the story a new drift. The old version of the story is where Henry Higgins, a renowned phonetic molds unkempt flower girl Eliza Doolittle into a fine lady. Instead, the plot is now more focused on Eliza Doolittle. It wouldn’t be too much to say it has become Eliza’s story rather than Higgins’.

Eliza Doolittle is a Cockney flower girl with a copious, jumbled drawl. She meets Henry Higgins, the phonetician, at Covent Garden. And end up taking lessons for lady-like pronunciation at the professor’s house. Eliza has a strong-minded, bold and cunning personality. She wants to change her present state and does so in the end by becoming a lady. But is the teacher-student relationship is all Eliza and Henry are going to have? Henry’s famous lines, “I’ve become accustomed to that face” suggests something else.

All in all, My Fair lady is an exciting story about a determined girl and a snobbish professor that are in danger of falling in love.

The Broadway revival is a hit, the tour is thriving and the plot is just out of this world. But what makes a musical a real big success is its cast. We mentioned above that 4 of the character are played by new cast members. Let us now evaluate their performance. Are they better? If they are, then why?

Benantias Eliza is self-possessed and saucy and calculating. Since early childhood, she always wanted to play Eliza. While she got the chance to realize her dream she didn’t disappoint the audience at all. Her style and charisma both match the character we love so much. Her grace coupled with striking talent meets the demand of both the flower girl and the lady in Eliza. 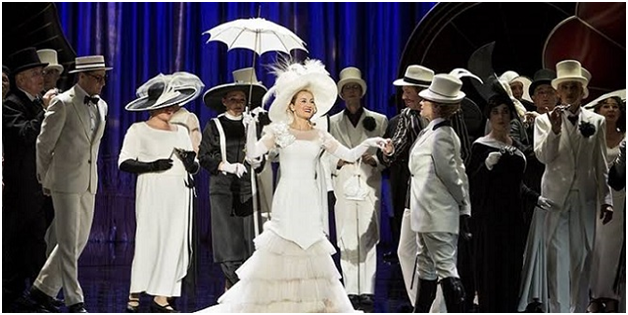 With all due respect, Benanti is a more natural vocalist than Lauren Ambrose. Where Ambrose performances left you perplexed at some points,Benanti’s Eliza sounds more gleeful. Just the right touch to make the production a bigger knockout than it already is. Currently Sesame Street Live Lets Party is also popular among kids.

While Ambrose pairing up with Harry Hadden-Patton didn’t leave you with any complaint. Benanti’s open approach to utilize the natural gift of talent makes the musical more light-weight. She also puts life in the scene whenever she is on stage. Especially with Harry, the scenes are filled with finer details.

Might not be as impressive as Benanti, but some other characters also offer little adjustments that make the character more complete. Take Danny Burstein for example, the actor has put a philosophical soul in Norbert Leo Butz’s Alfred P. Doolittle. All while rising the general impression of characters’ intellect.

Christian Dante as Freddy Eynsford-Hill changes the whole mood of the character. His giddy almost too much whole-hearted Freddy remarksless on feeble society.

Rosemary Harris is more of a mother to Henry Higgins than her predecessor. She did full-fledged research and took the character to a more intense flight. Without being wordy about it, she drafts a woman whose independent and complacent nature helps his son’s toxic flow.

With just the right amount of changes and things being the same the “My Fair Lady,” has made clearer what it is about. Its promising revival is a success through and through. If you are into something vibrant and exciting you should see this musical in Chicago at least once. Get your My Fair Lady Chicago Tickets Now.