Smart homes have now been around for long enough that they are beginning to go mainstream, but there are still definite divides between what most people would call a smart home, and what a small yet increasing number of people would call a smart home. The ability to create homes which are truly smart is something which is the subject of quite a few awards and competitions, since the sheer range of what we can now do with home automation is something which can lead to hugely different set-ups depending on what people want from their smart homes. This has naturally led to things like the North American Crestron Home Technology Awards, which gives places to homes which live and breathe connectivity in entirely new and exciting ways.

While normal smart homes have integration, and maybe some fancy additions here and there, the North American Crestron Home Technology Awards is not about them, but about the homes which truly exceed anything which has been seen or done before in this area.

This house combines size with inter connectivity, with the entirety of its fourteen thousand square feet being covered with automated lighting, audio, and video specialties. It is all from Crestron, so the house as it stands is practically a monument to the company and its capabilities. Something of particular note is that people who are staying in the house can both hear and feel the audio system even when using the outside pool. 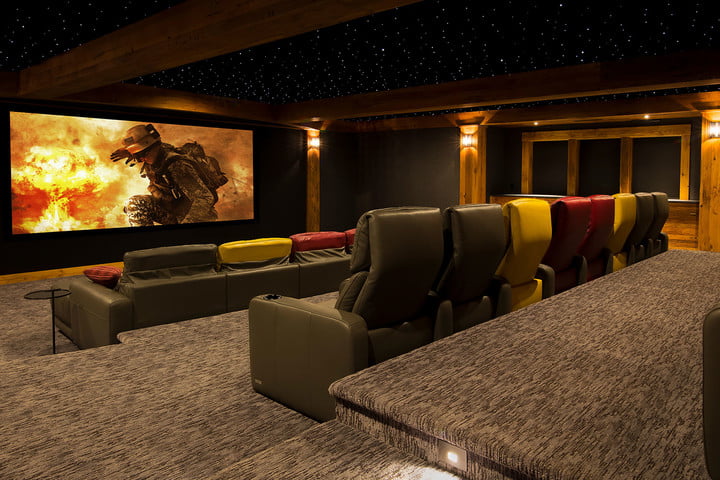 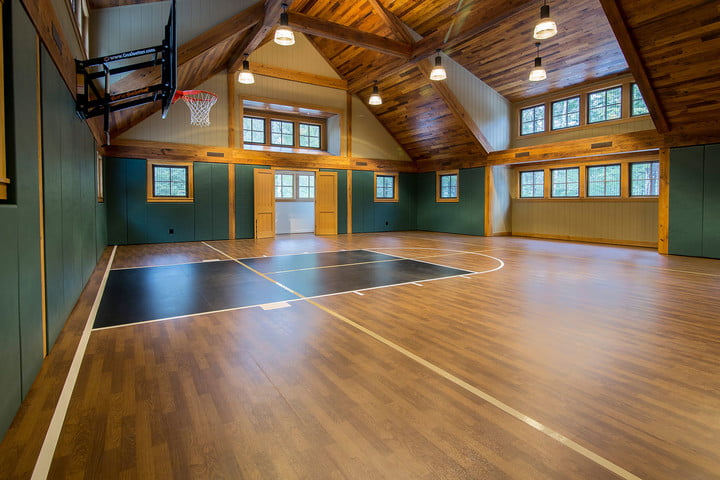 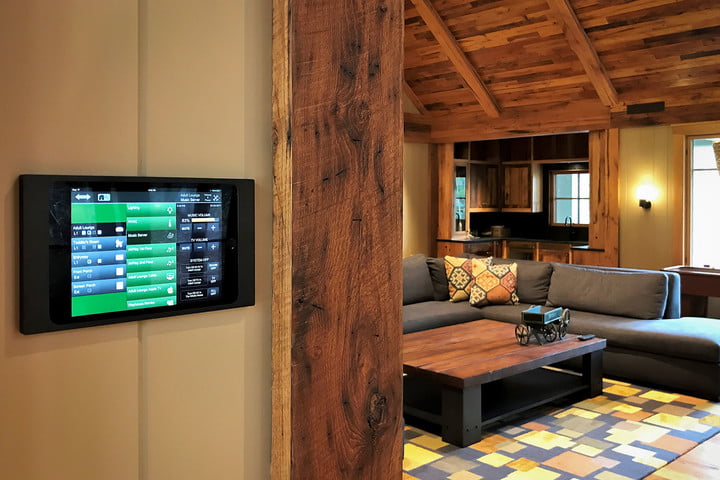 This property is completely kitted out with audio, video, lighting (more advanced than the last property), temperature control, remote-controlled blinds, security systems, and everything else that Crestron can make in home automation. Other than that, the property (fifteen thousand square feet) is one which offer unlimited fun to anybody who stays there. There is a cinema (possibly with lifts for the screen?), a bowling alley, a full-sized basketball court for anybody who wants a game, and lots more besides. 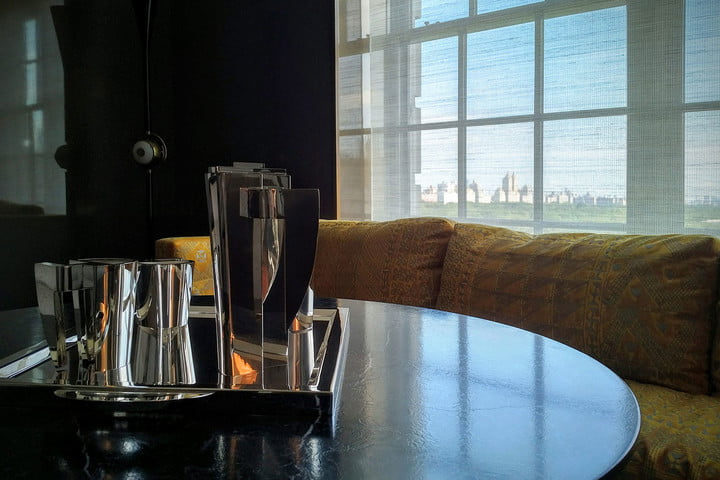 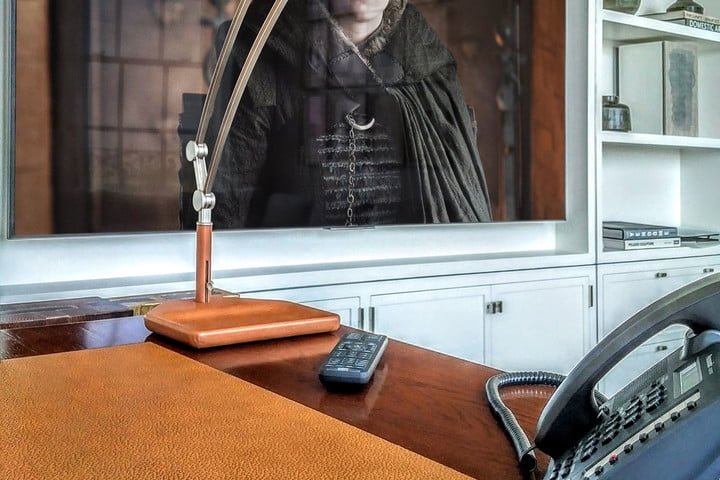 This penthouse may be half the size of the other two properties, but it is something which is fully centred around the amazing view of Central Park it offers. Rather than having any noticeable home automation, what this house has is completely integrated sensors and remotes which allow any homeowner to control the house – all of which are painted to completely match the interior. 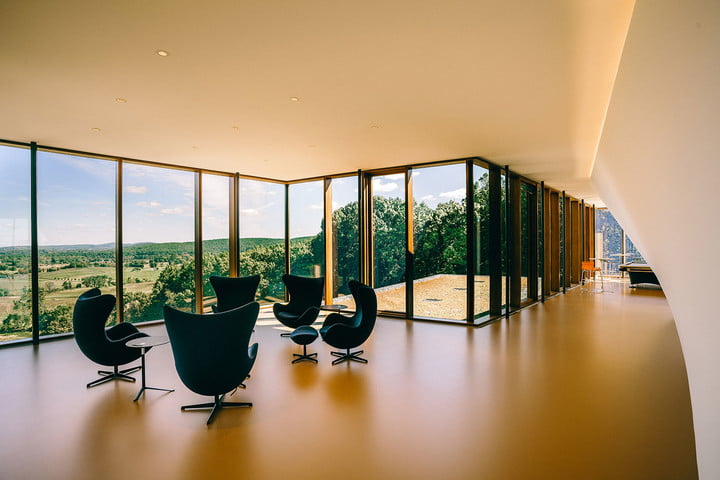 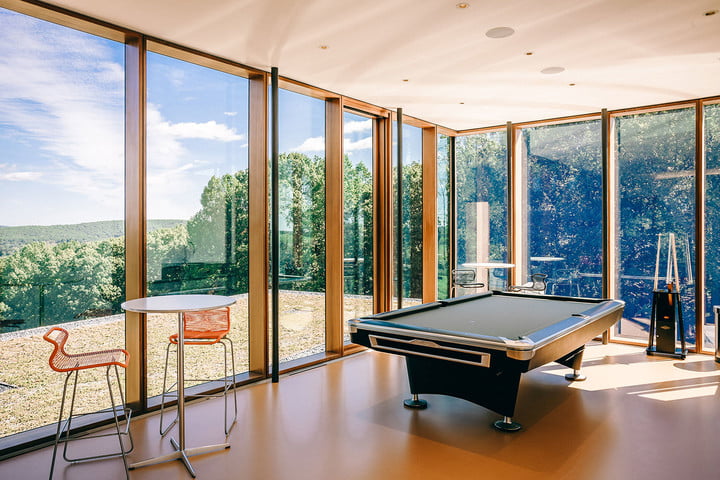 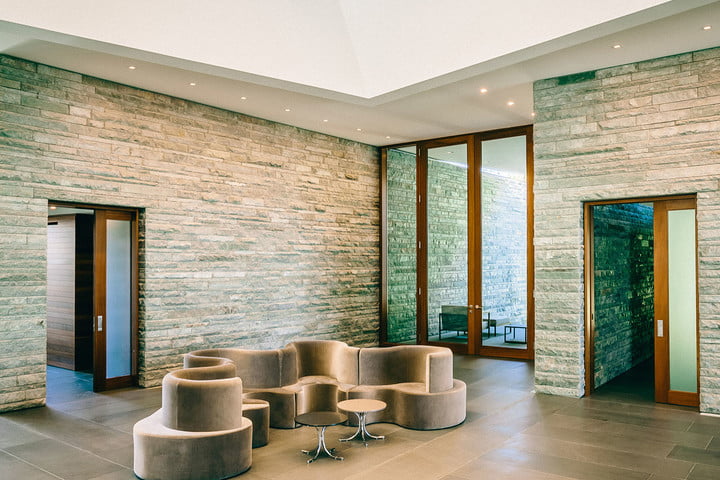 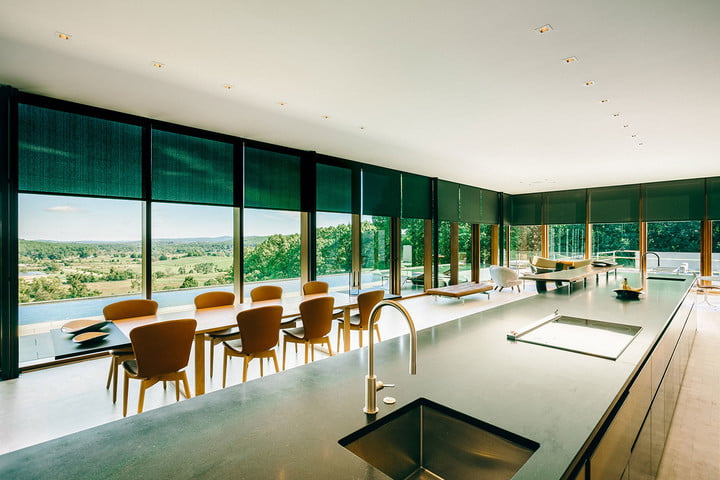 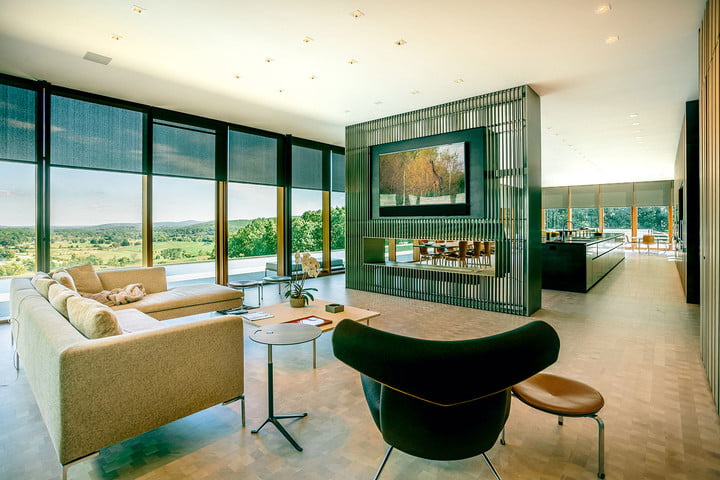 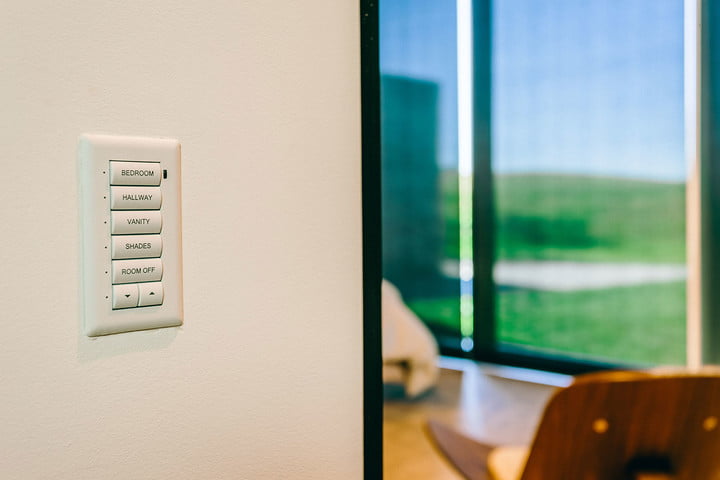 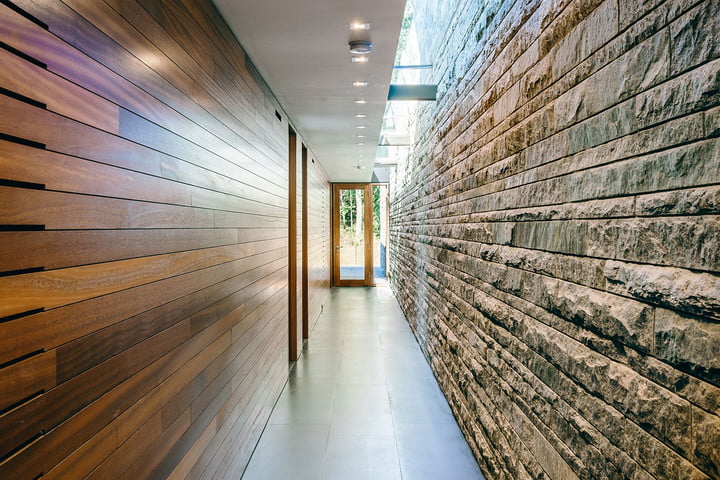 This ten thousand five hundred square foot home is a masterclass in how to work with light. The exterior walls of the home are entirely made of glass, and so all walls, doors, windows, and exterior fittings have their own shades. The homeowner can control everything from one single iPad, and they have the ability to shade or open all the windows and blinds as they choose, or put patterns on for specific lighting issues. The security system for the house is tied into the same system, with the lights flashing and the blinds closing if the alarm is ever triggered. 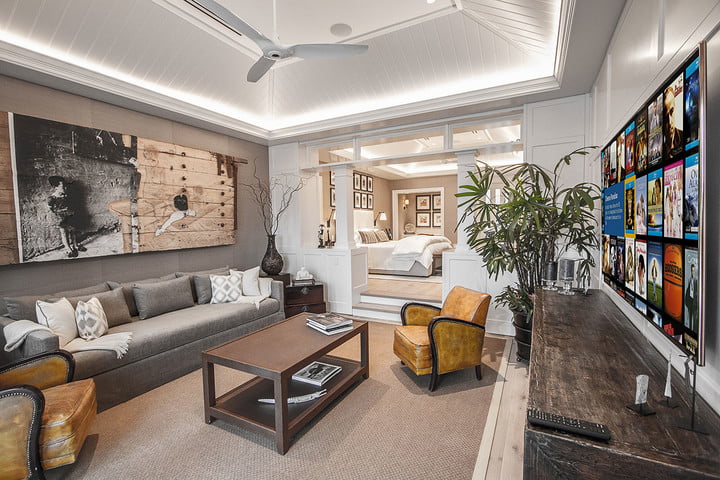 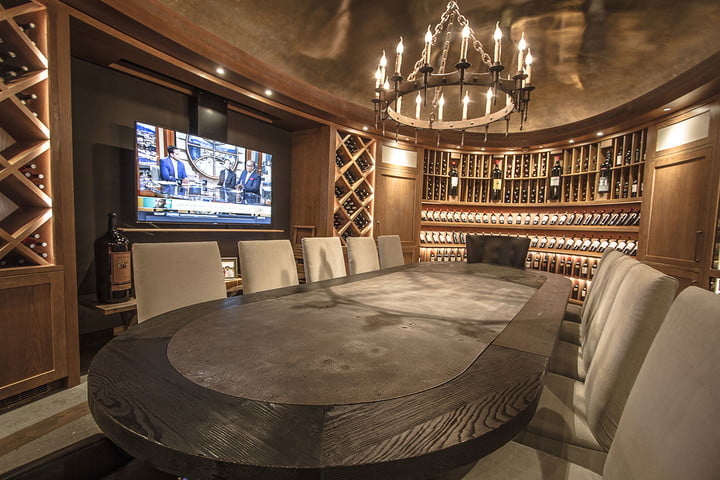 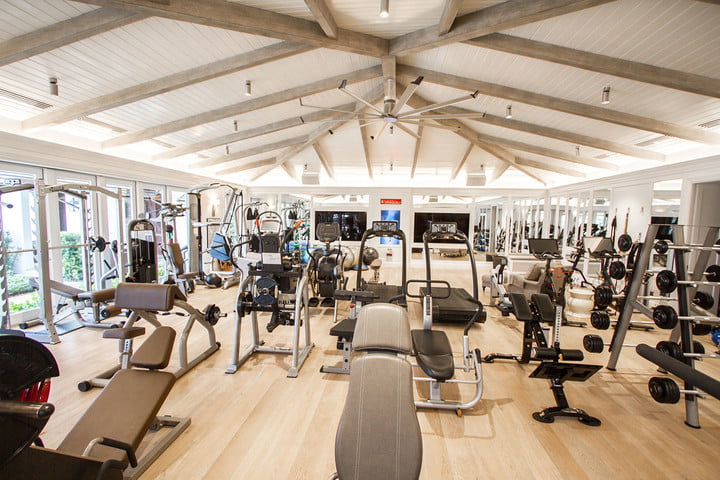 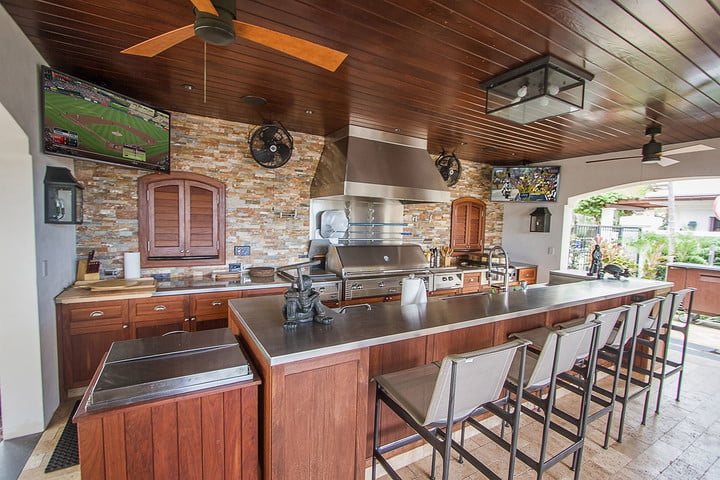 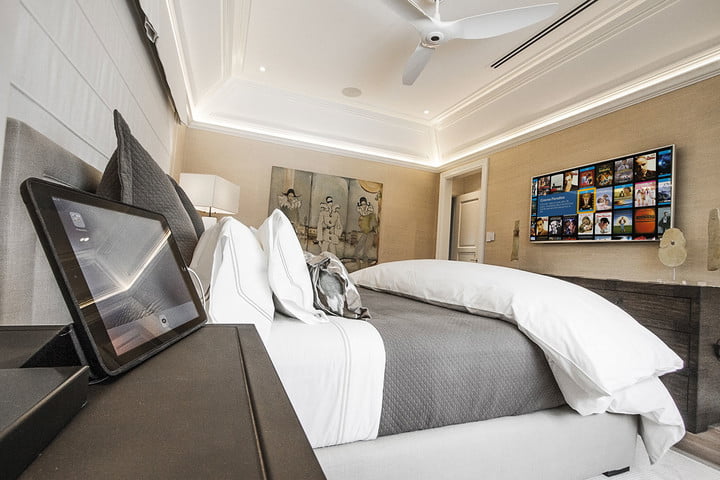 This award, for this year at least, had two separate properties worthy of the name, and so both were nominated. Both have shown exceptional use of home automation in all cases and causes for it, and both also fulfil the category of being an amazing house in their own right.

The first house is a house of unstated size which features entirely intuitive home automation for a variety of home functions, such as audio, video, lighting, security (including CCTV cameras), air conditioning, ceiling TV lifts, and controls of various sorts for the pool and spa. These intuitive controls extend outside the property, as well as covering the inside.

The second house is forty thousand square feet, and it is entirely powered by Crestron for everything. With twelve bedrooms, five bars, a bowling alley, a home cinema, sport court, wine room, pool, and everything else – all controlled by home automation – this house can give its owners anything they want with a minimum of effort. 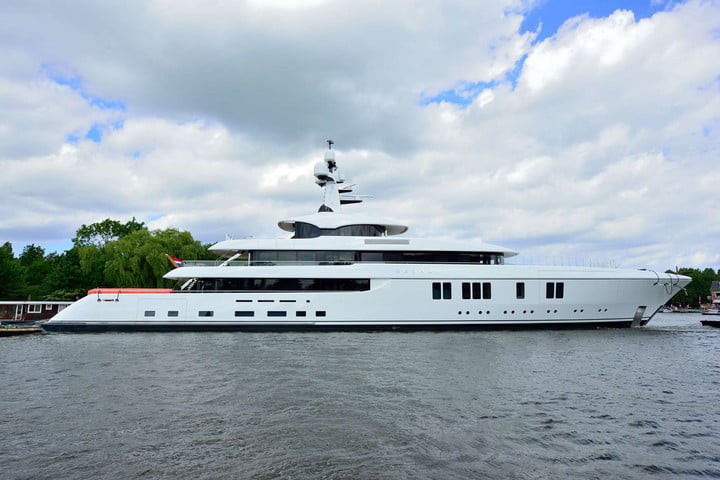 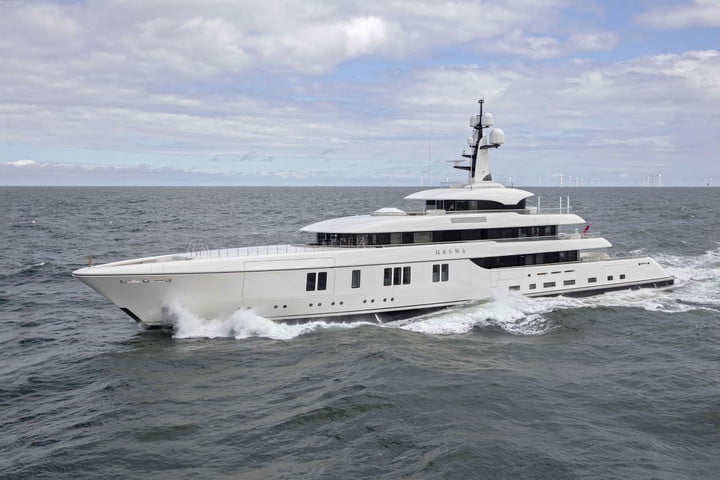 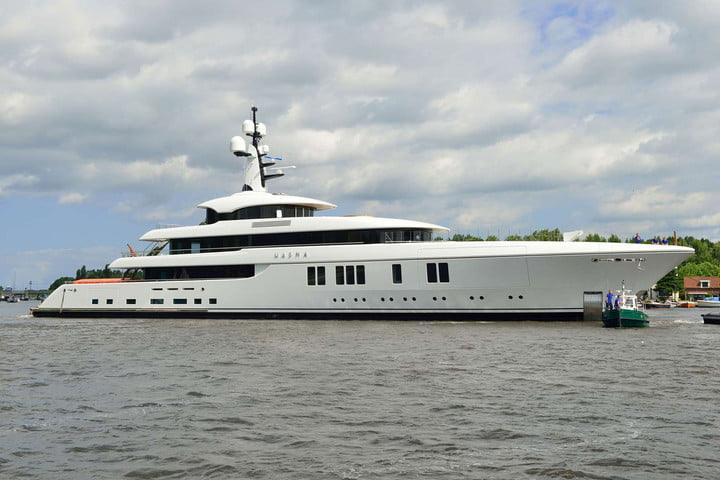 It might seem odd for a boat to be seen in any category in the North American Crestron Home Technology Awards, but so long as the boat is a home, it is eligible. The so-called super-yacht is seventy three metres long, and combines home automation for pleasure with home automation for the business of running and sailing the ship itself. Rather than being intuitively based like some of the Crestron technology available, the yacht features a number of displays, remotes, iPad connections and keypads throughout, as well as thirty displays and nearly two hundred speakers. These controls are used to control the various automated functions on board, for the comfort of those who live there.