At the heart of every computer is the CPU, the Central Processing Unit. This is what is commonly referred to as the processor. Like the engine of a car, the processor decides a lot of the functions and utilities of the computer including the best gaming PCs.  The performance of a processor and the subsequent computer is decided by the response time, execution time and the throughput of the system at all times. 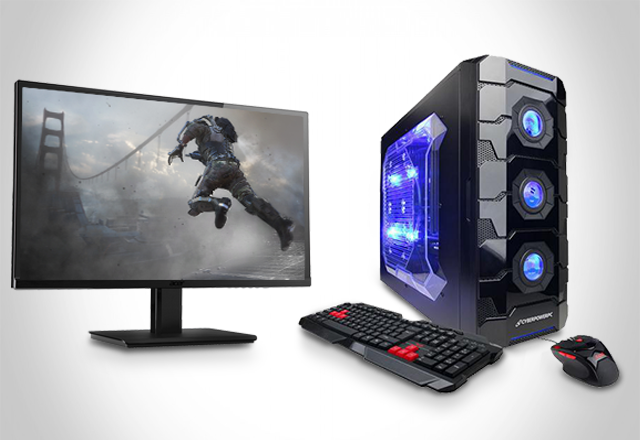 Gaming PCs are some of the most high-performance machines to have been used in the computing world. They do tend to have extra powerful graphics cards and fast processor speeds. The very experience of gaming is to view the graphical layouts and hence it is necessary for the processors of gaming consoles and machines to have excellent or above average performance curves.

Response time of the processor

The response time of a CPU is the time taken to have a set of output after an input has been given.  In computing, the working of the CPU is not a standalone feature but depends on a variety of factors.  Thus it can be said that the response time is a result of the following laid out actions.

The I/O systems are basically what the operator of the system uses to interact with the computer. In most gaming PCs, other than the keyboard and the mouse, there would be the joystick to control the actions. A lot of gaming machines tend to use sophisticated sound systems which are available at Tech Fast Australia and that adds to the load on the I/O systems as well.

There are primarily two types of memory in a computer which includes gaming computers as well.  The primary memory is the RAM and the secondary memory which is the hard disk. Despite using some of the fastest memory chips and hard drives, it would be evident that time is indeed taken to access information stored on the memory devices.

With the gaming PCs, another type of memory is the VRAM, that is the video RAM. These are specialized memory chips that are designed to handle the kind of graphics often seen in the use of the gaming machines.  The more the memory in use, the longer the system takes to boot up as well as function.

It can be seen the clock speed comes into play when programs have to be executed by the computer. Thus systems that use a faster clock speed tend to be faster in processing data and hence a faster execution time is produced.  Often it is possible to alter the clock speeds to a faster time and this can be utilized to run the systems faster. But this action produces excessive heating of the computer and is only resorted to for short time durations that demand the extra performance.  This feature also necessitates the consumption of a large amount of energy as well and thus cannot be said to be the most efficient one either.

Throughput of the Computer

The throughput of a computer is the total amount of work that is executed by the computer in a given time. Thus measuring a throughput value often is a complex affair and more often than not, a standard set of operations is executed by the different processors and the comparisons made on the performance. It has been found that in practice, the actual working of the computer can be at a big variance to the measured throughput and this can be attributed to the manner of computing the data than anything else.

When compared to the workhorse PC, the gaming machine happens to be a rather high-performance one most of the time. The processors and the peripherals used in the gaming PCs tend to be some of the most high performing ones available in the market. Most of the time, the gaming environment is used as a testing ground for CPU architecture and this works to calibrate some of the systems available in the computer market.

Never the less, the gaming PC remains and will continue to do so as some of the most demanding performance fields needing to be met by computer manufacturers.