Businesses are evaluating every aspect of the way they operate in order to protect against cybersecurity threats. With an increase in news stories about “peeping tom” hacks and computer users being spied on by their webcams, it’s only logical to start considering whether or not your company’s video surveillance is at risk of being hacked, too. Especially as more companies switch to cloud-based video surveillance systems, it’s vital that you understand how security features are implemented on your surveillance platform. While they are much more secure than traditional CCTV systems, you still must follow some safety protocols in order to safeguard your business. Here’s what you need to know about cloud-based video surveillance and security, and why it might make more sense to pick a hybrid-cloud solution. 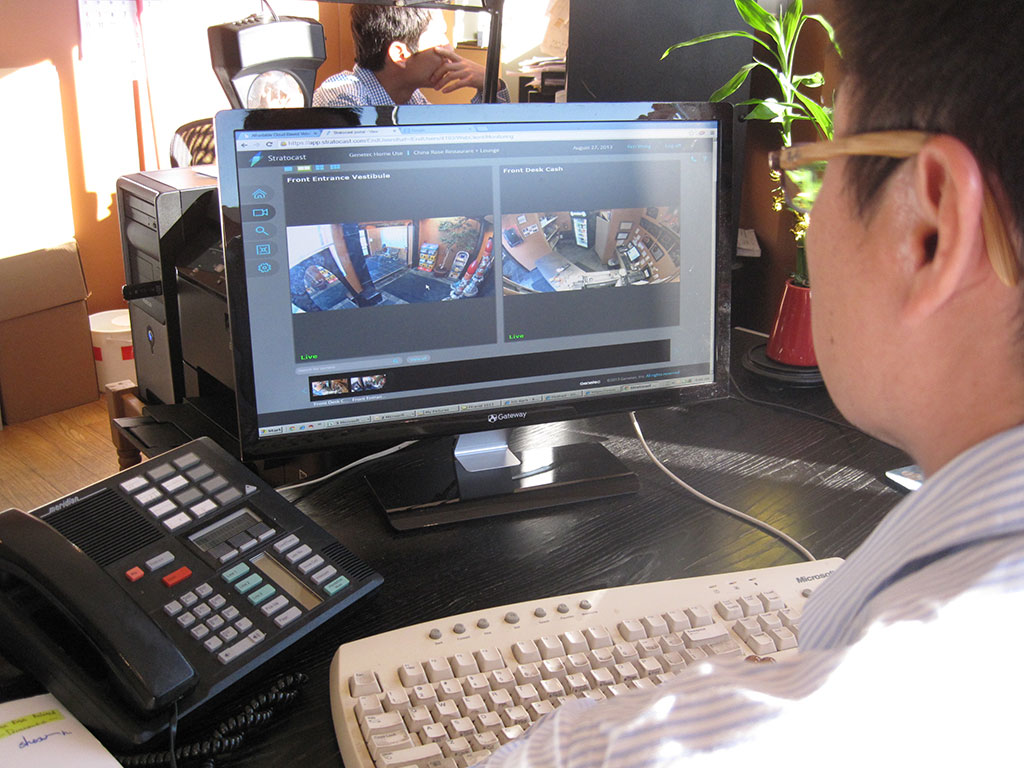 How do surveillance systems use the cloud?

You may be familiar with traditional surveillance camera systems like a network video recorder (NVR) or digital video recorder (DVR), both of which record video to a hard drive or other storage medium. A true hybrid cloud-based video surveillance system differs from NVRs and DVRs in how it stores videos. Footage is recorded, stored on an encrypted hard drive, and can also be encrypted and backed up on the cloud. This adds redundancy to your storage, which can help your business, since older systems are riskier with the potential for single points of failure. NVRs and DVRs are also insecure since local area network security is more likely to become compromised. Beyond using the cloud for storage, many cloud and hybrid-cloud systems are able to be accessed and managed via the cloud. This ultimately adds greater flexibility to the way you approach and manage your video surveillance, because you can access your footage from a variety of devices. Using the cloud for storage is a primary reason companies look to the cloud for surveillance, but they may still be at risk depending on how they access your network. Because of this, hybrid-cloud surveillance systems are an even more secure choice.

According to the experts at AirshipVMS, this feature is typically found within your router’s settings, which can automatically update all of your router’s and camera with software updates as they become available. This can be especially important when it comes to updating firmware for your cameras because the longer you wait to do these updates, the less effective they may be

What sort of security is necessary for hybrid-clouXd video surveillance?

Although you may think that storing video on the cloud opens you up to potential security threats, in actuality, a hybrid-cloud based video system is even more secure than outdated NVRs and DVRs. Hybrid-cloud options provide even more security. This is because one of the major benefits of using a hybrid-cloud based surveillance camera system, such as the options from Verkada, is the ability to easily manage users quickly and effectively. Controlling user permissions with a hybrid-cloud based management approach is crucial, since not everyone in your business needs to have admin access to your security cameras, but some employees may need some form of restricted access. Verkada’s software also allows you to restrict when and for how long users can access your video surveillance system, decreasing the likelihood that their login credentials would be abused.

In addition to offering increased control over your users, it is important that you use some form of two-factor authentication when you create user accounts, as this is another way to protect your system from unwanted access. Many cloud and hybrid-cloud based security surveillance systems come with these features built-in, eliminating the need to worry about whether or not two-factor authentication is properly set up for your system.

Another form of security that should not be overlooked when you begin the onboarding process of setting up your hybrid cloud-based surveillance solution is setting up your system to automatically update. Thanks to the cloud, these sorts of updates can be pushed out instantaneously and ensure that you don’t end up wasting time performing an upgrade manually. Having your system up-to-date and running the latest firmware is yet another way to protect yourself from unwanted cyber attacks.

While some businesses have adopted add-ons that enable cloud functionality to their outdated hardware, you should never sacrifice when it comes to security. While using a cloud add-on with your DVR or NVR will offer you the ability to better manage your video surveillance, it may also add unnecessarily large strains on your bandwidth. For this reason, it is widely recommended that a true hybrid cloud-based security system be used, as the hardware and software are built to truly take advantage of a hybrid cloud-based architecture.