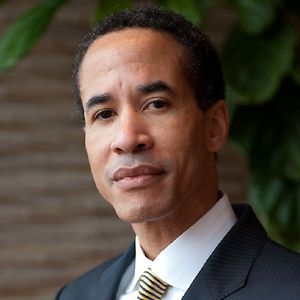 There are not many in the business industry that makes an impact like Charles Phillips. His techniques are revolutionary, unique and quite aggressive. We are looking at an individual that always looked ahead. Charles Phillips, Oracle’s president at one point in time and current Infor CEO now has a vision of creating a global supply-chain that works directly from the cloud. Infor is close to getting this done, creating that social network of companies that would have a huge edge over the competition like SAP and Oracle.

The recent big news associated with Infor was the purchase of GT Nexus for $675 million. GT Nexus basically stands out as the start of a brand new era, one referred to as multi-enterprise enterprise resource planning (ERP). Many brand owners that Phillips came into contact start to use outsourcing and the services of contractors. A chain of partners is normally created and valued.

The bottom line is that what you order from one firm can be ordered from it, created by another firm, shipped by a third party and then actually sold by the fourth business entity involved in the process. This is obviously a chain. ERP is not really designed for something like this. The addition of GT Nexus makes it easier to move towards solving the flaw of the current system, moving to a new addition of a service that is needed by clients from all around the world.

Charles Phillips also discussed about the multi-enterprise ERP system. This is not a new idea. Phillips actually wrote a very interesting book about it in the year 2000. It was predicted for quite a long time but it is only now that the complex idea can become a true reality. As the internet evolved and cloud computing reached the level it is at the moment, this idea started to become that true reality. Infor is now creating that social network featuring companies that can communicate, work together and increase business as a part of a team, just as you would create a team of employees inside just one company.

Obviously, there is a necessity to also discuss potential competition with Oracle in an attempt to beat the firm in this cloud ERP race. Infor is not emulating. It tries to improve and create brand new categories that were not available in the past. There is no real competition that exists for Infor at the moment. The apps offered are actually available at an open source level. As the network is created and developed, all the companies involved in the social network are going to have associated benefits.

A huge difference between Infor and Oracle is that Oracle works on the physical infrastructure that is going to be utilized for the cloud business. Infor on the other hand has apps offered on AWS. New companies will never want to build a business center because of the fact that cloud computing now exists. Since most people that now want to improve their services are small to medium sized, it makes complete sense to focus on already established networks in order to keep growing.