Building upon their push to get remote villages in India connected to the Internet via high speed broadband, the Indian government now has a scheme in mind that matches the idea of a more digitalized country. Aware that approximately only 10% of Indians actually speak English, India’s leaders are beginning to bring digital options to non-English speakers, whilst simultaneously urging website owners to cater for an Indian audience as a whole. To this end, anyone who wants to pick up a new .in domain name, will automatically receive an additional and free .bharat domain for one year from the domain provider, courtesy of the Indian government. 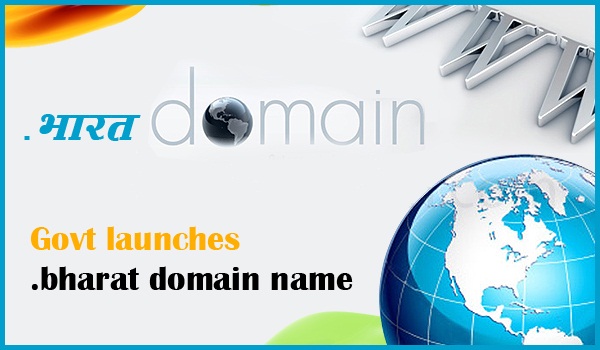 The .bharat domain has been in existence for around two years and is written in the Devanagari script, which encompasses eight native languages including Marathi, Konkani, and of course the most widely spoken,Hindi. There are close to two million .in domain names currently registered, and it’s hoped that the new proposal can assist in reaching a government goal of three million registrations by March next year, whilst also getting website owners to in India.

Rajiv Bansal, CEO of the National Internet Exchange of India (NIXI), said that the move could be the lynchpin to bigger and better digital services for citizens all over India.”Most of the next billion that will be impacted [by the Internet]or connect with it will not be English-speaking people. We have to create local language content and develop [an]ecosystem so that non-English citizens can communicate online in their native language,” he said.”We hope that by giving ‘.bharat’ [as a] complimentary web address, it may encourage entities to experiment and develop content in local languages.”

Fake app beginning to give Indian government a tech headache

Whilst India plans large and positive technological developments for the country, a new government-initiated cloud storage service is actually creating a lot of negative news lately. On Wednesday 7th September, an Android app named DigiLocker was released to the public, which is designed to digitally store any government documents (such as driving licenses) in a safe and secure way. However,it wasn’t as secure as one would hope. Since the DigiLocker app was released, a large amount of fake apps have also appeared in the Google Play store, which are falsely claiming to be the cloud storage service. Worryingly, many of the fake apps have been downloaded thousands of times, however, it’s unknown if the duped users have been aware in time and not uploaded any personal documents to the scammers.

With so many sensitive documents likely to be stored on DigiLocker, it poses a massive security risk when being careless and trusting of simply any app claiming to be the real one.It should be made clear that the real DigiLocker app is titled “MeitY, Government of India,” and all other apps claiming to be the service should be avoided.