HomeNewsIndia Files For 5G Patent Before The World Body
News

India Files For 5G Patent Before The World Body

India is currently gearing up for the 5G network. It is planning to commercialize the fifth generation wireless network by 2020. There are a number of scientists from the IIT Madras, IIT Hyderabad, and Centre of Excellence in Wireless Technology, who are the inventors of this concept. The scientists basically want to get their 5G network concept patented before the international body as it is the one that defines the worldwide cellular radio standards for the various wireless network generations. 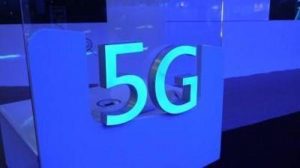 The international body consists of about seven countries and it is known as the “Third Generation Partnership Project.” If in case the Indian scientists get the patent successfully approved then they would be able to use the technological specifications in their equipment and save a lot of money in exchange and licensing charges as well. Following the U.S., China, South Korea, and Japan, India has also currently joined the international body. India is more focused on standardizing its 5G network.

The government-commissioned group of researchers has been working on the 5G project since a long time. This group had earlier filed about 100 odd patents in not only India but also the U.S. The scientist Kiran Kochi has developed a waveform that builds up the backbone part of the up-link in the 5G network and the co-inventor J Klutto Milleth has developed the technology with the help of a research support project of the Union Ministry of electronics and IT. However, this will be the first of its kind where the patent’s technological specification has been presented in front of the world body for scrutinization.

Though India was in the dark about the Standards Essential Patent, it has now been introduced to the concept after the waveform introduction by the IIT Hyderabad and Centre of Excellence in Wireless Technology. The competition is very tight as there are a number of other countries as well that have filed for the 5G depending on different technological specifications.

After the clearance of this patent, the Indians will no longer have to pay the royalty to the patent holders abroad and also they can save a lot of royalty in the licensing. For now, though the 5G technological specifications had been put forward in a conference held on April 3, 2017, it will still require a year or so the U.S. to get the world body nod. Once cleared, the telecom companies will have to follow it blindly.