The mergers and acquisitions are trending nowadays. And this time its India-based private life insurance company, ICICI Prudential, which has started with the procedure of valuation of Sahara Life Insurance liabilities.

IRDAI (Insurance Regulatory and Development Authority of India) in June selected an overseer to administer the insurer’s business and also advised them to not to initiate any new business plans. 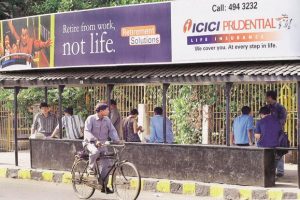 As per the senior official of IRDAI, a firm criterion was made and approached to six insurers in order to evaluate their intention to buy the liabilities of the policyholder. Out of them, ICICI Prudential Life Insurance presented a good consent.

In the case of Sahara Life, the officials cannot be reached. Sahara Group is under huge financial disturbance since its lead Subrata Roy has held against the charge of non-refunding the amount of about Rs 20,000 Crore to investors in 2014. Securities and Exchange Board of India had also canceled the license of Sahara Mutual funds back in 2015.

About buying the assets of the Sahara Life, IRDAI had also sent a consent letter to the insurer. ICICI Prudential Life has initiated the process of valuation of the policyholder liabilities of Sahara Life. The company has been allotted three weeks to complete the assessment procedure.

“Once the evaluation details are submitted, the officials of IRDAI will revalidate it and if found acceptable, the policyholder assets and liabilities will be handed over to ICICI Prudential Life,” the official said.

On the other side, Sahara Life still has a choice to approach the SAT (Securities Appellate Tribunal) and confront the judgment of the insurance regulator. Moreover, it can also knock the doors of the Lucknow High Court or involve government to find a solution.

IRDAI in June stated that Sahara has been acting in a manner similar to the detrimental in response to the interest of life insurance policies holders. It had also declared that all the policies issued by the Sahara Life will now be controlled by the administrator.

The proposals that are pending with Sahara Life would be processed as per the terms and conditions mentioned in the proposal and the conclusion of the same will be conveyed within 15 days from the date of receipt mentioned on the proposal.

Based on the current scheme, ICICI Prudential will only be transferred with policy holder’s liabilities and assets. Thus, the rest comprising the share capital, shareholder reserves, gratuity, and employee liabilities, and other assets will be owned by the company.

The officials of the IRDAI also affirmed that they can sell off these assets and pay the employees liability and other third-party liabilities as well as the rest will be returned to the shareholder and promoters.