How To Prepare For The LSAT As A Full-Time Employee

The LSAT is a challenging exam that consists of four sections: analytical reasoning, logical reasoning, reading comprehension, and writing. Most law schools require that applicants submit an LSAT score along with their application. This score ranges from 120 to 180, with most test-takers attaining a score of exactly 150. However, most elite law schools expect a score ranging from 160 to 180. Scores in this range can also help students receive scholarships from state schools. This range is difficult enough to reach without having other obligations, such as classes. Having a full-time job and studying for the LSAT is an even greater challenge than studying for the exam while still in school. However, there are a few tricks to studying for the LSAT while having a full-time job: schedule, practice logic games whenever possible, and avoid studying multiple sections in one study session. 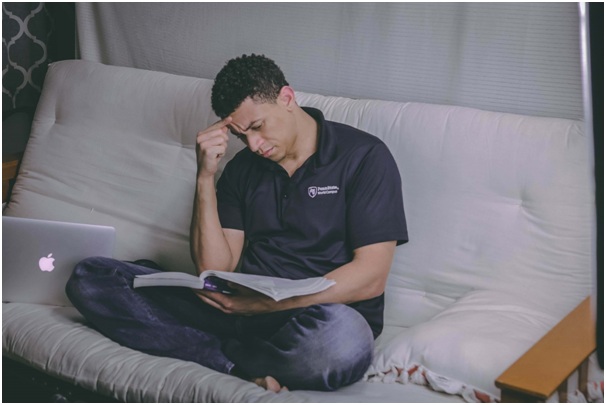 The most effective strategy to properly prepare for the LSAT while having a full-time job is scheduling. For example, workers can dedicate certain days of the week to studying certain sections of the exam. Since practice tests require more time, workers can designate one day of their weekend to take a full practice exam. Taking the practice exam is essential to succeeding on the LSAT because of the exam’s length. If test-takers aren’t prepared for the mental endurance required for the LSAT, they will perform poorly. If a student is not inclined to self-study without some instruction, they can enroll in an online LSAT test prep program or take in-person classes that align with their schedule.

One of the keys to performing well on the LSAT is the ability to recognize the type of question the exam is asking. If an exam-taker studies analytical reasoning and logical reasoning questions in the same session, they may confuse the sections and the advice they received in regards to answering questions in those sections. To avoid this, test-takers could assign specific days of the week for completing specific sections.

Overall, performing well on the LSAT is an extraordinary challenge that requires time to prepare for. Though full-time employees typically have less free time than they did as college students, they can still find time to practice for the exam in their downtime at work, during their lunch breaks, and on weekends. Though many students perform well on the SAT and ACT exams without any preparation, the same is unlikely to occur for the LSAT, which reinforces how essential LSAT test prep is for student success.