How to Invest in Cryptocurrencies and Blockchain Technology

Do you keep hearing people around you talk about cryptocurrencies and blockchain? Unless you’ve been living under a rock, you probably answered yes. The blockchain revolution is in full effect, even if you still have no clue what it’s all about. Many compare it to the internet in the olden days, where people were skeptical about what it brings to the table and then eventually realizing how it could change the world. Such is the magnitude of blockchain technology, and it’s worth learning exactly how it works instead of simply spending all your life’s savings without understanding where you’re putting your money into. 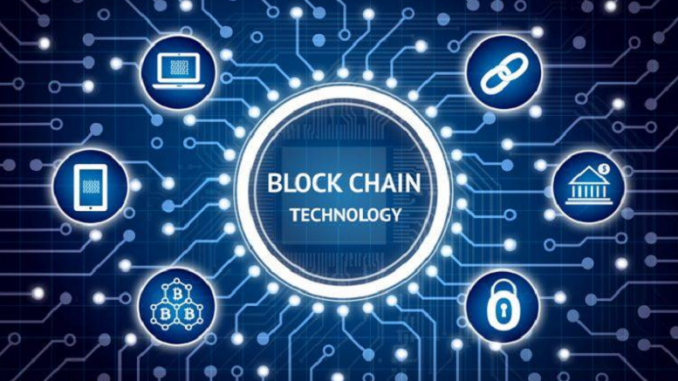 It’s all over TV commercials, online ads, and social media. But even if you see the word blockchain every day, you might be having a difficult time wrapping your head around it. Don’t worry; countless other people feel the same way. But if you want to start investing in cryptocurrencies and blockchain, you better start researching about the technology that powers it all.

Essentially, blockchain is a distributed ledger technology in which all transactions are recorded with total anonymity. Think about your online shopping experience these days. You probably pay through credit card or an online payment system such as PayPal. You may not realize it, but you’re using private information that may be used against you by hackers and fraudsters.

But in the world of blockchain, buying goods and services can be done without the risk of identity theft and cyber hacking. Many would say that this statement is far-fetched, but that’s because the technology is still in its infancy. It’s only a matter of time before blockchain from Path.net starts to be widely accepted as the new norm, much like how the internet has become an integral part of modern society.

How to Start Investing in Crypto and Blockchain

Now, you’ve probably heard about cryptocurrencies as a way of making some quick money. Bitcoin, the first ever cryptocurrency, has been around for a decade. But it’s not until 2017 that mainstream media started to give it serious attention.

The reason for this is the meteoric rise in the value of Bitcoin. In January 2017, its price was pegged at $1,000. In December of the same year, it reached an all-time high of more than $19,000. Just imagine how much you could have pocketed had you invested back then. And the earliest adopters, those who supported Bitcoin and other cryptocurrencies, benefited the most, at least when talking about the amount of money they have made.

Today, Bitcoin’s value is hovering between $6,000 and $7,000. That’s an enormous drop from it’s all-time high, but this shouldn’t be a reason not to consider it as an excellent investment. A massive price correction was expected, considering that millions of people invested their money toward the end of 2017 just to ride the waves of crypto, so to speak. When they pulled out their earnings, it was inevitable for Bitcoin’s value to drop.

For starters, it’s recommended to invest in coins that have been around for a long time. Bitcoin and Ethereum are the top two choices right now. Take note that Bitcoin is like digital money, while Ethereum is a platform upon which different kinds of applications can be built with smart contracts.

Not all cryptocurrencies are used to pay for goods and services. The applications of blockchain technology are limitless, so you’ll find coins for online gambling, social media, and even food safety. You’ll be amazed at what some coins are meant for. Exercise your best judgment as many coins out there are nothing but scams.

Should you Invest In ICOs?

You may have already heard about ICOs or initial coin offerings. This is the equivalent of an initial public offering in the world of crypto. Many people have made a fortune by investing in ICOs, but you shouldn’t jump in blindly. In fact, ICOs are one of the biggest reasons why even renowned financial experts consider cryptocurrencies as a fraud.

ICOs are used by cryptocurrency projects to raise funds quickly. Basically, you can buy their coins at rock-bottom prices. This presents the opportunity of growing your investment exponentially, but only if the coin manages to climb up in value in the future. Many say that investing in ICOs is a surefire way of making money in crypto, but nothing is farther from the truth.

Many people have seen their investment vanish in thin air after investing in an ICO. Governments around the world have started to regulate the practice, with some countries even banning ICOs for good. Now, this isn’t to say that all ICOs are scams. Just do your due diligence and learn as much as you can about the project before taking money out of your pockets.

The cryptocurrency market is much more volatile compared to the stock and foreign exchange markets. If you invest today, you might see your investment drop in value by 10% or more tomorrow. This might drive you crazy, but you’ll come to learn that such a thing is an everyday occurrence in the crypto world. Just like investing in traditional investment vehicles, it’s best to put your money in the coins you believe in instead of basing your decision on what’s the hottest coin or what other people tell you.