HomeBusinessHow Technology Is Helping To Advance The Cannabis Industry
Business

How Technology Is Helping To Advance The Cannabis Industry

As societies perception surrounding these plants and the use of its elements shifts, more regions have added new legislation to allow for recreational and medical marijuana products to be bought and sold. This has created an evolved cannabis industry that is legal and held to a much higher standard than the original black market, and with this change has come an explosion of new and advanced technologies to help out just about everyone along the way. Whether you are a recreational consumer, licensed producer, cannabis dispensary owner, or medical marijuana patient, the experience of being involved with the industry is being driven by the introduction of new technologies that can help to improve productivity, quality, selection, and safety. If you have yet to notice these changes, then hang tight, as they are sure to be making it down the line soon. Here are eight exciting ways that technology is helping to advance the cannabis industry right now. 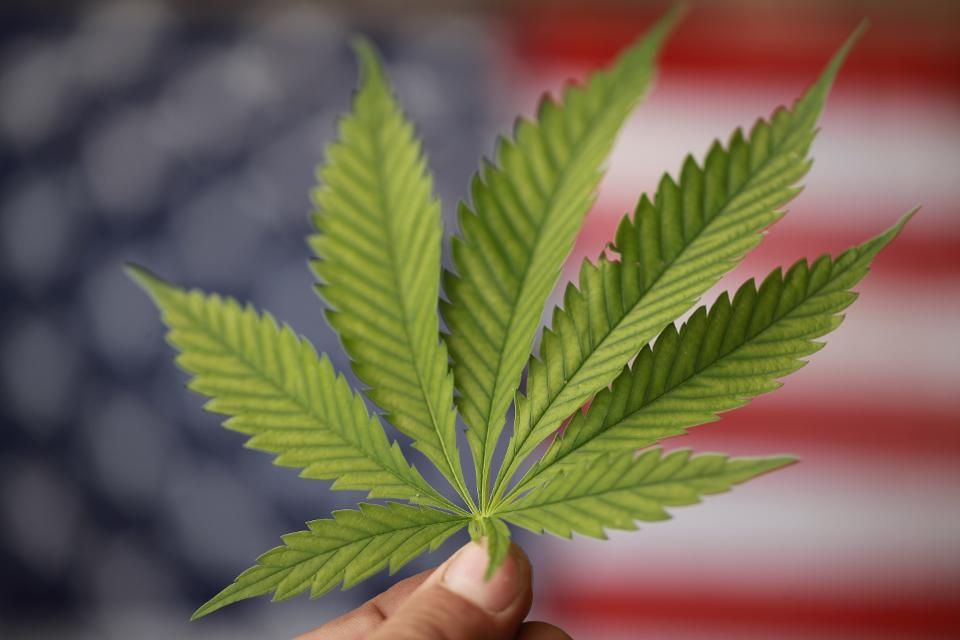 Though most people would assume that cannabis research is what led to many of these leaps and bounds in technology, you cannot have one without the other. The cannabinoid CBD is touted as a brand newly discovered compound, but it was initially identified as early as 1940, and not fully mapped until 1963. Though its benefits were widely believed in many regions, they were not clinically proven until 1980, when Dr. Mechoulam discovered that cannabidiol (CBD) was useful in treating epilepsy. To date, there are now thousands of different cannabis research results that have shown to benefit other common conditions such as arthritis, diabetes, pain, and many other chronic diseases. It was only in the last decade that it was finally realized that CBD could speed up healing, especially for those who are suffering from neurological conditions such as MS. Every discovery would not have been possible without consistently advanced testing equipment and facilities. If you are looking for smoking accessories, you can find it in  Smoke Cartel – Dab Tools.

At one time, even medical marijuana growers were mainly small-scale operations that relied on the most basic growing technology. Licensed producers now have many advantages that they did not have, including more efficient lighting, exhaust, and growing systems that allow for thousands of cannabis plants to reach full maturity in small transportable metal containers. That along with more automated systems that can feed, water, and care for the plants as they mature with little to no help from humans have helped to decrease overhead costs and maximize profitability for licensed producers.

The buying experience that can be found at cannabis dispensaries is one of the newer sectors of the industry to benefit from the injection of fresh new technology. At one time, picking up from your local dealer consistent of a financial arrangement and little to no control over the product that showed up at your door. Cannabis dispensaries are looking to use this aspect as one of their primary sales points to convince consumers to make the switch. With regulations remaining quite strict in most regions, it is either infeasible, or impossible to give customers a real hands on experience with the product, they have had to think outside of the box. Augmented reality now allows customers in several dispensaries across the world to browse through a virtual library of cannabis strains using holographic images that are realistic, zoomable, interactive, and all around an incredible informational tool for both recreational and medical marijuana patients. Also, the rules and regulation of buying these products from dispensaries vary from country to country. For instance, edibles in Canada were made legal from October 2019 and the regulatory body will supervise products entailing cannabis that are meant to be consumed in the similar way as food (that is, drunk or eaten).

Whether you are a licensed producer or a company somewhere in the middle that assists with processing cannabis plants, chances are your job has gotten a whole lot more comfortable over the last few years. What once took several hours and an entire fleet of men can be done with only one or two workers and an efficient system that can harvest, trim, and prepare marijuana buds flowers to be cured without ever passing through human hands. Some companies are now using freezing or extreme heat techniques to make this more relaxed and less damaging, which results in a higher quality product that hits the shelves for consumers. Also, freeze dryers are crucial to modern cannabis producers as they aim at extending the product’s shelf-life.

Methods of extraction for cannabis oil and other concentrated products

Before marijuana legalization began to spread across the globe, the most commonly used cannabis products were pure bud flower and butane hash oil (BHO). The cannabis plant matter could contain up to 20% on average THC, and the oils contained harmful solvents that were dangerous to work with and to ingest. Opening the legal cannabis industry has helped to inject money and specialists time into the methods that could be alternatively used, and the results are powerful. With new tech like CO2, and high pressure or heat extraction methods the risk is dramatically reduced, and the products that end up between 75% and 99% THC with absolutely no harmful chemicals to worry about. This has allowed both recreational and medical marijuana consumers to enjoy a more concentrated dose without causing damage to themselves, which has made the concentrated cannabis products market boom, with edibles making up to 40% of legal regions total yearly sales. Also, at present, one can take help of professionals to set-up cannabis extraction lab design further streamlining the overall process.

Even if you were to start with a pure and solvent free product, the experience of smoking itself could cause damage to a consumer’s health. Though there are currently no solidified connections between smoking marijuana and illness like lung cancer, the introduction of any type of smoke to the lungs can be agitating. Aside from the damage, not all potential consumers or patients have the lung capacity necessary to enjoy a good joint or bong hit. To compensate, cannabis researchers have discovered and invented new machines and technology that can make pure dry herb into butter, cooking oils, wax, oil, and even water for safe and simple ingestion of cannabinoids through marijuana products, without any risk to lung health.

Cannabis remains illegal federally in the United States, despite eleven states currently endorsing their version of marijuana laws that allow for dispensaries, and specific amounts of weed to be carried on citizens that are of age. Some of the biggest social media platforms like YouTube are American based companies which leave them trapped between a rock and a hard place. Not wanting to miss out on such an exciting and new consumer market, while also treading carefully with government regulation as to not be fined, or worse, closed for good. This has kept both recreational users and medical marijuana patients in the dark. Unable to share helpful and often vital information that could lead them towards new products and technology that they simply are not aware of. In response to YouTube’s official pull of all cannabis related Youtubers channels, WeeTube was born, which has quickly been followed by other marijuana friendly platforms like Jadeo, Weedlife, and Massroots. All of which have helped consumers to spread both awareness and knowledge that has helped to drive the legal marijuana market.

When the medical marijuana program in Canada was first introduced, the dry products that patients could order were grown by small scale growers. The amounts and costs were considered to be the only relevant information, despite us knowing that there are thousands of different cannabis strains and that each one comes equipped with its chemical profile. This left medical marijuana patients in the dark, and with very little control over the quality or products effects. More recent cannabis research has shown that certain marijuana strains are more effective with specific symptoms. What this means is that there is essentially a “perfect” strain for every ailment. Though it is not available yet, cannabis researchers are currently working on a database to figure this out and are hopeful that this will ultimately give both recreational and medical marijuana consumers more control over their experience, and higher success rates in treating uncomfortable and often debilitating conditions.

What Entities Need An LEI?

Eliminate Your Fears and Pick Up a 6 Monitor Setup Today