HomeTechnologyHow Important are Inverters in a Solar Energy System?
Technology

How Important are Inverters in a Solar Energy System?

The increased adoption of solar energy for a wide range of purposes across the world proves the viability and economic feasibility of this renewable energy source. The sun is the largest source of free energy for the earth. Interestingly, an hour’s sunshine can provide enough power to meet the electricity needs of the world for a year. However, the challenge is to be able to leverage the energy optimally. 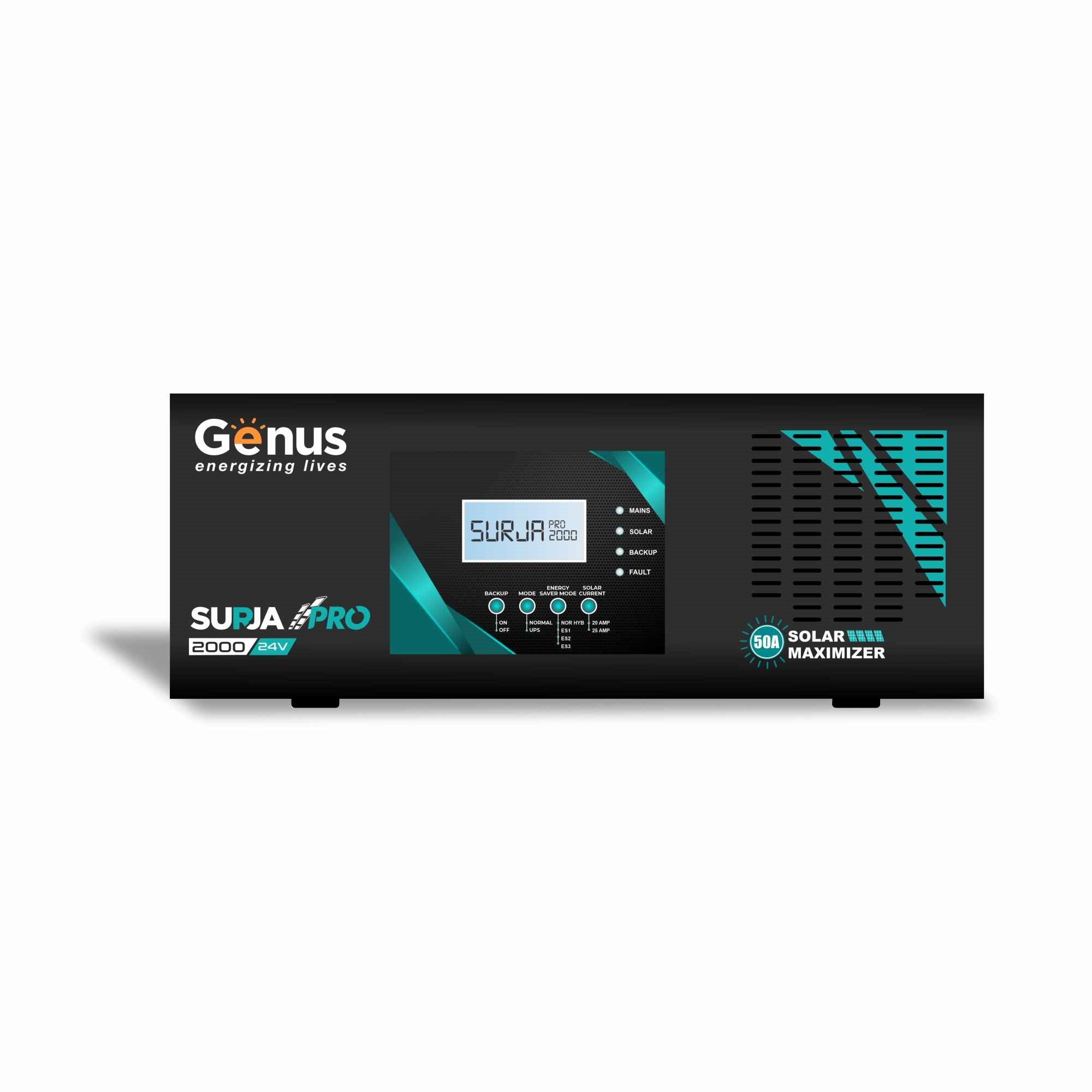 Solar panel systems are one way of harnessing the sun’s energy effectively. They help in combating greenhouse emissions without compromising the energy output as compared to traditional sources of energy such as fossil fuels and natural gas.

In addition to solar panels, solar inverters play a crucial role in a solar energy system. Solar inverters convert the energy gathered by the solar panels into electricity that can be used to run electrical devices such as home appliances and machines.

What is a Solar Inverter?

A solar inverter is the most fundamental part of a solar power system. It converts the energy generated from solar panels into a usable electricity form. Hence, you can leverage solar energy for your home or workplace use. Solar panels are often installed on the terrace of a building or at a remote location, along with the solar inverter. Choosing the right inverter technology is highly essential to maximize output.

How Does a Solar Inverter Work?

A solar inverter transforms the direct current (DC) power generated by the solar panels into alternating current 120V/240V (AC) power, enabling you to utilize the energy to run anything that demands electricity. So, without a solar inverter, you cannot use solar energy in the real sense.

As the heart of a solar panel system, solar inverters provide ground fault prevention measures and general performance facts and stats. Furthermore, inverters detect any malfunction with your solar system and can prevent mishaps. Therefore, inverters have a significant impact on the productivity of a solar energy system.

Often, some energy is spent when energy is directed from solar panels to your house or workplace. With an efficient inverter, you can drastically reduce these potential energy losses. To be precise, the more functional your inverter is, the fewer cells you will need to provide the necessary voltage. Thus, you can use the solar system cost-effectively.

A solar micro-inverter is used in Solar PV systems to convert direct current (DC) to alternating current (AC), allowing you to use the electricity for several purposes. Each micro-inverter is connected to a single solar panel, making the system more reliable.

Micro-inverters come with their pros and cons. The two prime advantages are:

On the other hand, the two prime drawbacks are:

String inverters or central inverters are the most regular type of inverters used in solar PV systems. Solar panels are wired through a common string in this setup, and the energy generated from the solar panels is sent to a single inverter, generally located indoors.

String inverters are cost-effective and are ideal for users with solar panels unobstructed by shade. Often a faulty solar panel or a roof with shade can significantly reduce your solar energy production capabilities.

The prime advantages of the string inverters include:

On the flip side, the drawback of string inverters is that they produce limited energy.

Why Do you Need a Solar Inverter?

A solar inverter is needed to make use of solar energy collected by solar panels. Solar inverters are less expensive and can be installed faster as compared to generators. Moreover, maintaining them is inexpensive and they tend to perform well with regular maintenance. Most solar inverters have a life span of nearly 10-15 years, providing value for your one-time investment.

With increased industrial activities and a fast-growing population, the energy demand has gone up more than ever. Furthermore, modern lifestyles and urban infrastructure demand more power supply. Thus, more and more firms and businesses are gradually shifting to renewable energy sources such as solar power.

Solar energy systems can provide you with an efficient and optimal power supply for both domestic and commercial purposes. If you too want to explore the potential of solar energy in meeting your home or workspace needs, contact us. We, at Genus, have a dedicated team of experts who can help you in maximising the benefits of a solar energy system while reducing the operational costs involved in meeting your energy needs. Reach out now for a free consultation.