HomeTechnologyHow Fintech Is Playing a Bigger Role in Business
Technology

How Fintech Is Playing a Bigger Role in Business

Technology has had a transformative effect in many industries. New devices, software and apps have helped to fuel growth and improve customer service in areas such as hospitality and retail. The financial industry has embraced tech more than most, using it to great effect in managing people’s money.

Fintech is the term given to financial technology which is designed to make such tasks as processing payments and calculating account balances simpler and faster. It is being used by a variety of financial firms and is often produced by tech companies, rather than in-house. For smaller businesses, this saves a significant amount of time and effort.

Many businesses will use at least some form of fintech. An example of this is the automation of insurance – insurers are able to calculate how much customers should pay for their cover each month using a range of statistics. In using fintech, they are making otherwise thankless tasks easy to do. 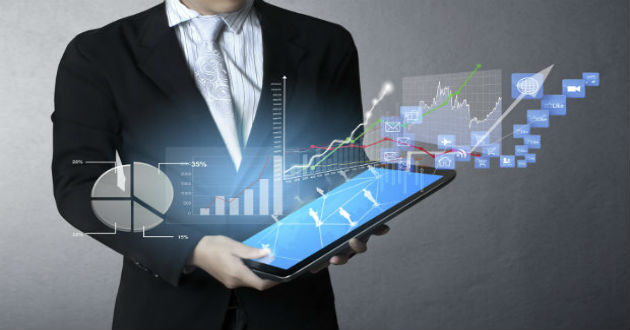 The rolling out of fintech has raised quite a few questions, one of which being cost. Regardless of whether it is developed in-house or by a third party, new technology costs money to buy and implement, but can it save money in the long run?

A recent survey of financial businesses found that fintech had saved UK businesses £4.6bn. This was achieved by adopting technology such as banking apps and reporting software, cutting down on both man hours and admin costs. The way in which fintech is used can determine what, if anything, is saved.

Getting fintech that offers value for money such as a free banking app would make sense for a lot of sole traders and SMEs. Anything that can make often time-consuming tasks quick and easy will be welcomed. Reading a business finance guide will help to give companies an idea of what fintech, if any, they might need.

Financial technology is an area where there is significant demand and benefit. However, many fintech startups who could have new ideas that revolutionise how we manage money are in need of funding. To develop a prototype of an app, gadget or piece of software, finance is needed to get it going and prepare it for potential investors and lenders.

Globally, funding for fintech rose to $5.2bn (£3.98bn) in the second quarter of 2017. However, only a small fraction of that amount is from the UK. In Europe, fintech funding fell in that period, suggesting that those looking to get the money to develop their next big idea face a big fight to receive an investment.

The UK government has made some attempts to give fintech a boost. This year alone, they have launched UK FinTech Week 2017. Back in 2014, former Chancellor George Osborne stated that he wanted to make the country the global capital of fintech. However, funding is thin on the ground.

The benefits of fintech are obvious for all involved. Those businesses using it save money and time, customers using it find it easier to work with and its developers gain plenty of business from a variety of sectors. Without the money in place to fuel fintech, the UK may struggle to keep pace with other parts of the world.