How Do Security Cameras Work?

Crimes are largely divided under two heads, i.e., crimes against a person and crimes against property. According to a research report published by Statista, 6.92 million property crimes were reported in the USA in 2019, including 2.5 million burglaries.

According to International Statistics on Crime and Justice Report published by the European Institution for Crime Prevention and Control, a Burglary is to access a building or a premise, which is not open for access, forcefully to steal goods.

It is high time that you too install a proper security system at your house to avoid any unfortunate event. Generally, known as CCTV, they can be installed at your house with the help of technicians working at a data center services company, if you know any. You can do it yourself if you understand how they function.

What does it take for a CCTCV setup?

Here is what a CCTV security and surveillance system is composed of: –

A camera is the main component of a security system. It takes images and captures videos. Depending on the type of system, it may be Analog or Wi-Fi. An Analog camera captures videos for 5-10 days. It doesn’t need an internet connection. A Wi-Fi camera runs on the internet and can show you live pictures online. 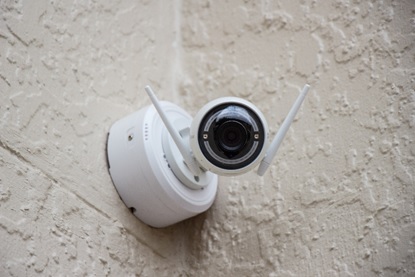 For both Analog and Wi-Fi cameras, the pictured video can be saved for reviewing later in the cam recorded. They can be either of the two types, i.e., Network Video Recorder or NVR and Digital Video Recorder or DVR.

An NVR can be optimised with the camera and the internet for the transmission of videos. A DVR connects with a wired network and is most widely used in the American home for ease of access and cheaper rates. NVR is generally used for premises that are large like security gates of societies and corporations. 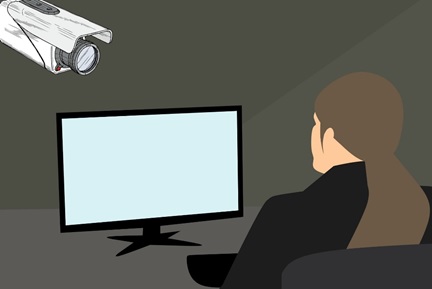 Another way is using smartphones. Nowadays, most phones come with a display that supports 4K resolution. you can view footage from anywhere and with better quality.

You will need Video Management Software to access and manage the NVR and DVR. It should have a user-friendly UI design that makes it easy to access and operate. It should also have a feature to edit or extract some part of the recording.

Types of cameras based on connectivity

A security camera may be wireless or wired. It needs a different skill set to install them. Both of them essentially perform the same function but they get powered up differently.

Wired cameras are sturdy and durable. They need connectivity with wires to run without any interruption. It is good for buildings where cameras need to be installed permanently and there are not often moved from one place to another.

Wireless cameras are easy to install. It is good for a rented place where the tenants have to move a lot. It saves them the cost of installing the wired cameras wherever they go. However, they are smart and can be installed in objects. All spy cameras are a type of wireless camera.  They are not easy to get manipulated.

The camera needs optical fibre cables to connect to the internet. The efforts required to install the camera will depend on the proximity of the camera with the power and internet source. So, you will need to cord up two sets of wires, i.e., one for the power and the other for the internet. However, CAT6 or any other fibre cables can take care of both issues singlehandedly. It has the following advantages: –

But, to keep it running, you will have to make sure that it is not out of power due to an electricity outage. You can keep a UPS or generator to keep that going.

Wireless cameras are not entirely wireless. However, they are easy to move. It connects with your Wi-Fi to display real-time footage of the premises where they are installed. They come with a small rechargeable battery in case of a power outage. It is good for installation at outdoor locations. Some of the sophisticated cameras come with solar panels and speakers. It has more advantages than a wired camera.

Now, you can install the type of camera suitable for your business or apartment.