Cointelegraph has reported that Atlanta-based firearms auction site GunBroker.com will adopt a new stablecoin called FreedomCoin for use as a payment method in customer transactions. FreedomCoin is pegged to the U.S. dollar, and customers will be able to use personal digital wallets to store the stablecoin. 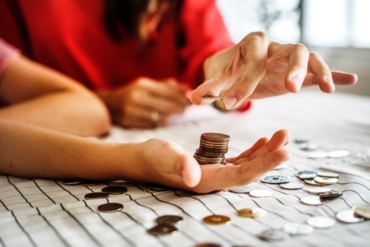 ICOx Innovations announced the coin as a regulatory-compliant currency that will enable greater ease-of-use for customer transactions on GunBroker.com, which has approximately six million monthly visitors, 4.7 million customers, and $600 million in monthly transactions. GunBroker.com is the world’s largest website for hunting and sport shooting firearms. Launched in 1999, GunBroker.com facilitates transactions by bringing buyers and sellers together in a secure, informative auction site. The site has facilitated over $4 billion in cumulative merchandising sales and has grown every year, becoming one of the top 400 largest U.S. websites, per Quantcast.

Cameron Chell, co-founder of ICOx Innovations, spoke about the appeal of the technology behind FreedomCoin. “This stablecoin provides the same kind of high-quality buyer protections that consumers are used to with credit cards, but with the added trust and security brought by blockchain verification and two-factor authentication.”

Cameron Chell also explained that with the FreedomCoin pegged to the U.S. dollar, it will eliminate the pricing volatility that accompanies other cryptocurrencies like Bitcoin or Ethereum.

In a press release announcing the launch of FreedomCoin, Steven F. Urvan, GunBroker.com’s CEO and CTO, spoke with optimism about the site’s adoption of FreedomCoin and what it would mean to GunBroker.com’s customer base. “Anyone who has purchased a firearm knows how painstakingly brutal it can be to deal with traditional credit card companies and other financial institutions. Thanks to ICOx, now we can virtually eliminate that problem and expose a whole new segment of gun and outdoor enthusiasts to the world of digital payments.”

Cameron Chell discussed how the technology made by ICOx Innovations also dealt with regulatory issues.

“This technology meets regulatory demands through the acquisition of state money transmitter licenses and by offering KYC (know your customer) and AML (anti-money laundering) compliance for clients through the platform. This helps users complete transactions through a secure and intuitive process, and it will reduce transaction time and cost. FreedomCoin can replace the need for other cumbersome forms of transaction and facilitate better and more secure sales and purchases for the users of GunBroker.com”