India is all ready to start off with the GST network from July 1, 2017. The GST network is something the government has been trying to include so as to help India get digital. The network has been created such that the GST software has not yet been affected by the global cyber attack. Till date, no interruptions have been detected in the registration procedures. 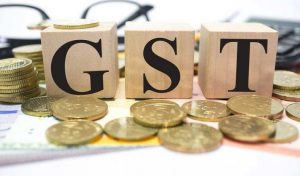 The Indian Government is currently in a state of calmness even at the wake of the global cyber attack. The software has all the security features included in it by the IT company officials so as prevent it from the malware such as the WannaCry ransomware malware. The data entered in the GST software is safe and foolproof.

Though the GST will be rolled out within a few days here, there is nothing to worry about as a tax reform. The data will be secure in the systems. Hence, there is no need for the stakeholders to worry about anything. The GSTN will be held responsible for all the IT back office and storing data of about 3 Billion invoices of the various stakeholders being collected end of every month. Whether the GST tax regime will be beneficial to the country only the future can tell.

The Linux software is secure compared to the Windows; so the IT officials have used the operating system to carry on the GSTN task. The data will not only function smoothly but also will be safe and secure. All the data will be stored in the encrypted form, which only the taxpayer and the concerned officer can access.

Lately, a new malware named Petya has affected a number of central banks and corporations functioning in Europe. And in India, it has attacked the functioning of the largest container port named Jawaharlal Nehru Port present in Mumbai.

Right now, the various business sectors along with the government are in a state of shock after looking at the continuous increasing malicious malware attack. The malware are affecting the older operating system versions of Microsoft. The attack has been increasing from 2 Lakh to more than expected in the coming months.

The service tax, value-added tax, and excise assessees have already registered on the GSTN portal. There are around 80 Lakh more assesses interested in enrolling on the new portal. The portal has been built to provide the taxpayers, stakeholders, and the central/state government with the IT infrastructure and services capability.

The GSTN is all set to be introduced after the successful completion of a number of trials and GST rules and regulations.