From The 19th Century To Now: Free Slots Evolution

Slot machines surpass the popularity of all other games ever made for casino entertainment in history. Slots take centre stage in nearly every gambling establishment, both online and offline, and software companies dedicate themselves to slot development more than any other game category. 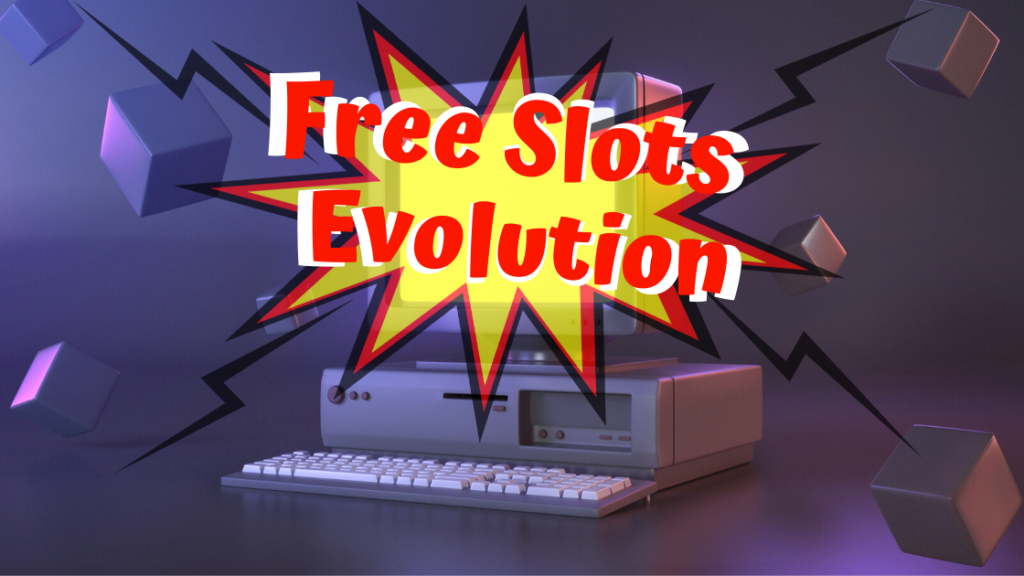 The pokies that grace casino portfolios today are famous for their flashy appearance, big wins, and adventurous bonuses. However, they weren’t always like this. This article provides an overview of how these popular games became popular and changed over time to become as popular as they are today.

The origin of slot games traces back to the 19th century when they were first developed by Sittman and Pitt, a company based in New York. These machines, which were created in 1891, carried features that appear similar to the modern-day video poker games. Nonetheless, they still spearheaded the creation of the pokie. The slot machine looked like a small box that consisted of five drums fitted with fifty playing cards out of a poker deck.

The game awarded winnings when a paying hand was created. Usually, the jack of hearts and ten of spades were removed from the deck to give the house an upper hand. With these cards out of the way, the chances of landing the highest paying hand (a royal flush) were reduced by half.

These poker machines were popular in bars and each round cost a nickel. Players were required to insert a coin, pull a lever placed to the side, and wait for a new set of cards to be revealed. The game did not operate with a payout mechanism, which left players collecting their winnings at the bar. Usually, bars paid in the form of free drinks and cigars instead of money.

The Father of the True Slot

The slot machine that closely resembles the modern pokie is said to have been created somewhere between 1887 and 1895. Charles Fey was the man who created the first  slot machine, and he is often referred to as the father of slots. The machine he created offered automatic payouts, unlike the poker machine by Sittman and Pitt. Charles achieved this feat by toning down the complexity of the game with three reels instead of five drums. The fifty playing cards used as symbols were also replaced with five characters, which are;

The game paid when similar characters appeared on all three reels. The most valuable character was the bell, which earned the machine the name Liberty Bell. Since Charles did not put a patent on the machine, numerous other companies copied the device, and its popularity exploded.

A Small Step Back

In 1902, a ban on slot machines was placed in the United States, which was the biggest market for the games. The law restricted the machines from offering real money payouts. Manufacturers found a way around this limitation with fruit machines. These machines replaced the five symbols in the Liberty Bell with fruit icons and winnings were granted in the form of chewing gum and sweets.

The offered candy carried a flavour corresponding to the characters that triggered the combination. By 1907, Herbert Mills was the largest manufacturer of the machines, and they could be found in almost all shops, salons, and bowling alleys. This era also gave rise to the BAR symbol found in most classic pokies. The icon was based on the Bell-Fruit company’s logo that created the machines.

Not much changed for slot machines in the first half of the 20th century aside from a lift on the real money payouts ban in 1908. The games remained purely mechanical with a lever placed to the side used to run the gameplay. This lever was attached to a spring within the machine which would stretch to send the reels rolling until they eventually slowed to a halt and revealed random characters. This mode of operation is the main reason why they were referred to as “one-armed bandits”.

Bally Technologies kick-started the evolution beyond mechanical machines in 1964 with Money Honey, which was the first-ever slot game that ran entirely on electricity. Although the game was electromechanical, it still retained the lever to the side to start gameplay. It was thought that eliminating this feature would make the game too unfamiliar among players. This game also included automatic payouts of up to 500 coins, which boosted their popularity. The lever was eventually removed as more electromechanical pokies were created.

The Entry of Video Slots

Fortune Coin led the next big step for pokies in 1976 when it created the first real video slot. The game ran on a nineteen-inch Sony television. The company, which was based in Sin City, provided the game exclusively at the Las Vegas Hilton Hotel. The set underwent numerous modifications, most of which were to make it cheat-proof, and was finally approved by the Nevada State Gaming Commission. Mass production began soon after, and it became a staple inclusion in all gambling dens in the Las Vegas strip. International Game technology moved in to acquire Fortune Coin after witnessing its potential in the business.

The internet’s invention in the mid-nineties was the most significant step for slot games since they were developed. At the start, in 1994, online casinos focused on the provision of traditional games like blackjack and roulette. Slots were introduced soon after, and they quickly gained popularity.

In 1996, Williams Interactive released the first-ever slot with a second screen bonus called Reel ‘Em. When the feature was activated, players would be redirected to another grid where the reward would play out. This laid the foundation for popular incentives found in modern slots like free spins, respins, picking rounds, gamble features, and mini-games.

Today, free slots no download serve as the biggest revenue generators for online casinos accounting for around 70% of their income. The games are highly-demanded by players, and they are rolled out in the hundreds to meet the ever-growing need.