With the release of Star Wars Episode IX: Rise of Skywalker less than a month away, it’s proper to reminisce about the Star best Wars gaming titles which came out throughout the years and are, to this day, available on the Steam digital storefront. If you’ve received a Steam gift card or are just planning to get one for a Star Wars fan – maybe even yourself, and in turn raise your Steam account funds – these are some of the best Star Wars games you should keep your eye on! 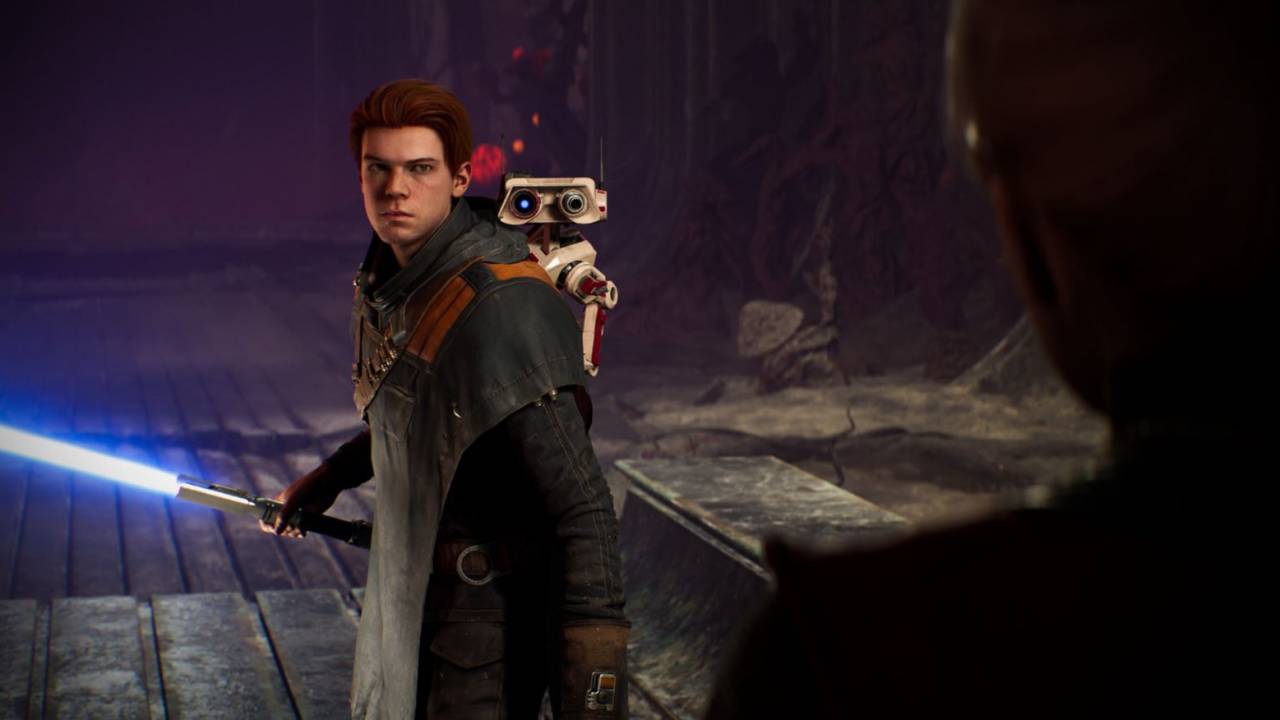 Just recently, the gaming industry saw the release of the latest Star Wars title known as Star Wars Jedi: Fallen Order. It was developed by the creators of Titanfall and published by Electronic Arts. Surprisingly, the game is available not only on EA’s Origin platform but also Steam! These old competitors have joined forces against the abundance of new digital storefronts like Epic Games or Rockstar Games Launcher. Therefore, getting a Steam gift card with a new Star Wars game in mind from now on is a good option, as licensed EA Star Wars games will continue arriving on the Steam platform in the future.

Star Wars Jedi: Fallen Order is a third-person action-adventure game driven by a well-written narrative, and yet, is still open-ended enough to allow the player for a non-linear approach to missions on different semi-open world planets throughout the Star Wars galaxy. The game is set after Star Wars Episode III: Revenge of the Sith. You play as a persecuted young Jedi named Cal Kestis – a survivor of Order 66 who tries to reconnect to the Force and reconstruct the fallen Jedi Order.

Even the cheapest Steam gift card can allow you to purchase a rare but very significant and influential Star Wars game only available on the Steam storefront. It’s the original Star Wars: Battlefront first released in 2004. Up to recently, this game was quite hard to find despite its popularity among the fandom. However, not too long ago the game became available on the Steam platform and it serves as an amazing alternative to the questionable remasters of the series published by EA and released on the Origin launcher.

With a single Steam gift card, you can enjoy the game which will allow you to relive epic moments of the Star Wars movies – traverse in large scale maps with armed sci-fi vehicles while using iconic weaponry from the Star Wars franchise, oh yeah! Don’t be surprised if you’ll find yourself constantly replaying moments like the Battle of Hoth, as Star Wars: Battlefront games never fail to authentically recreate the cinematic experience of the movies in a completely engaging way and it all started with this particular game from 2004.

Star Wars: Knights of the Old Republic is an RPG created by the notable BioWare studios and it released one year before Star Wars: Battlefront. One Steam gift card of the lowest value can provide you (or someone else) with what is arguably the best Star Wars game ever made. Once Star Wars: Knights of the Old Republic released, it was considered amongst the best things that have happened to the franchise ever since the release of the third film in the Original Trilogy – Star Wars Episode VI: Return of the Jedi.

The game is set approximately 4000 years before the events in the movies. The galaxy is threatened by a Sith Lord named Dark Malak who seeks to unleash his armada upon the Republic worlds. Get the game with a single Steam gift card and join the crew of Ebon Hawk! Stop Malak before he finds the Star Forge – an ancient superweapon that will bring the end to the Republic if it falls into Malak’s hands. However, in a typical BioWare fashion, the player has freedom. Maybe you’ll choose to embrace the Dark Side yourself? The battle between good and evil will be decided not by a lightsaber, but by your own choice.

Once again, Star Wars Jedi Knight: Jedi Academy can be purchased at a very cheap price which can be easily covered by a Steam gift card of the lowest value. This is another game from 2003 and it serves as a great alternative to the latest Star Wars Jedi: Fallen Order as it also features a non-linear story progression that takes the player to different planets as well as elaborated lightsaber combat mechanics. On top of that, Jedi Academy has much wider character customization options.

The game is set 10 years after the event of the Original Trilogy. Luke Skywalker has reestablished the Jedi Order and you’re one of the students in the new Jedi Academy. Soon enough, you’ll find yourself fighting new Sith warriors leading the remnants of the Galactic Empire. Get the game with a Steam gift card and enjoy epic lightsaber combat! Mid-way through the game you’ll get to choose between wielding a single lightsaber, having two lightsabers in each hand or using a double-bladed lightsaber – Darth Maul style!

Finally, it’s impossible to talk about Star Wars video games without mentioning the LEGO gaming titles. There are multiple LEGO Star Wars games released by this point, starting with LEGO Star Wars: The Video Game and its sequel LEGO Star Wars II: The Original Trilogy both of which recreated Prequel and Original trilogies in campaigns respectively. LEGO Star Wars: The Complete Saga offers the content of both games in one single package!

With a Steam gift card, it’s a lot cheaper to get the game, especially during the sales (like the Star Wars day which is on the May 4th) it’s possible to get The Complete Saga with a single gift card of the cheapest value. Even though the game is LEGO-themed, it can surprise you with its authenticity to the movies and the original John Williams musical score. Play through the first 6 movies of George Lucas, solve puzzles joined by a friend in local two-player co-op and enjoy great replay value with new unlockable characters, vehicles, and collectables.

Just like it was mentioned before, a single Steam gift card of the cheapest marketable value is usually enough to get these games on Valve’s digital storefront. Usually, you can get even two of them at once, especially during the frequent Steam sales. Star Wars day on May 4th (the date is chosen because it’s pronounced similarly to “May the Force be with you” phrase from Star Wars films) is one such occasion among the many. While most these games may be multiple years of age, they successfully hold up against some of the latest triple-A titles, so get the Steam gift card and expand your library with the Star Wars games that have already withstood the trials of time!