It’s an elemental battle between fire and ice! Whether you choose to turn up the heat, or freeze your boredom, online Slots are sure to keep you on your toes, since there’s always a new and exciting theme just around the corner to try your hand at. Will you be able to endure the scorching force of the flame and the numbing power of the frost? Now’s the time to find out. 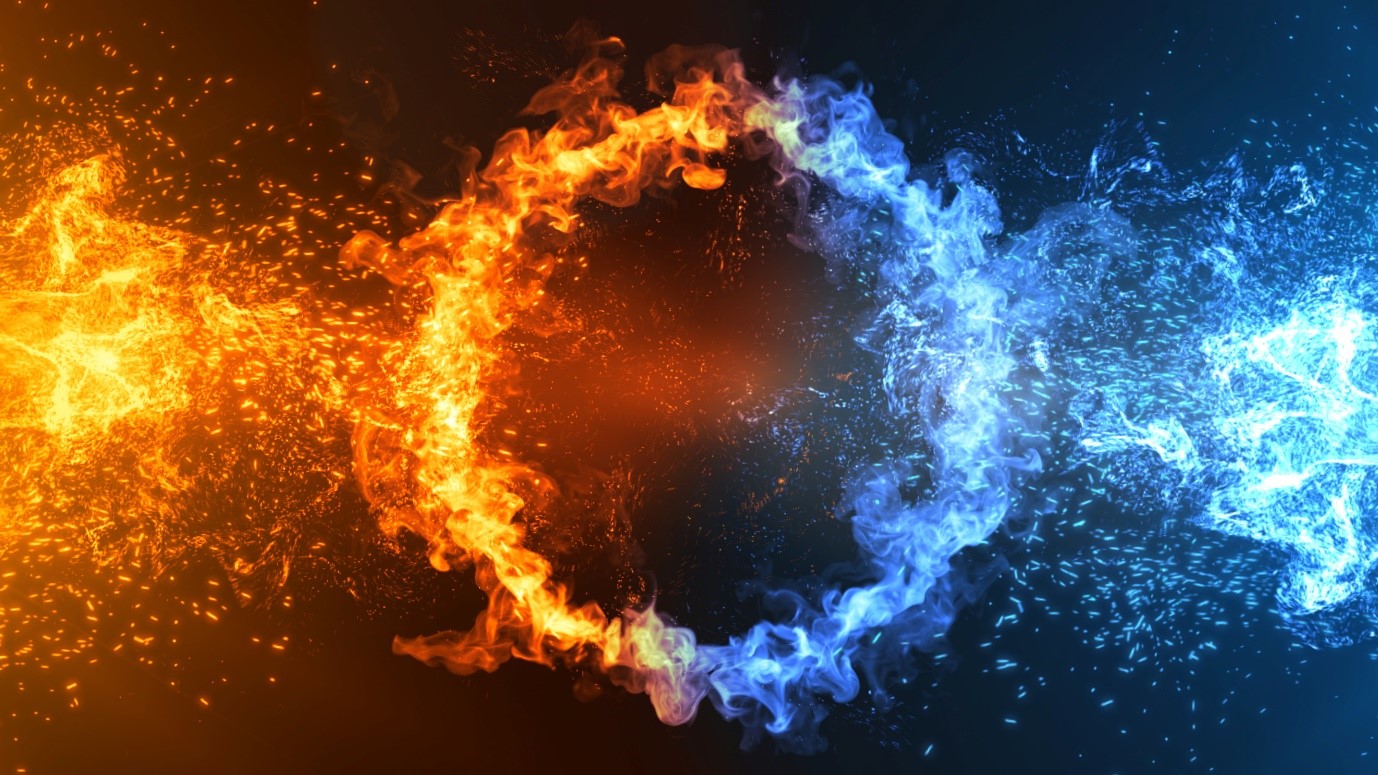 Since there are so many games to choose from, we’ve found two Slots equipped with some rugged reels, so that you don’t have to decide which game to play next and can start spinning straight away! Are you ready to take on the elements?

This fiendish, Fiery Joker is ready and waiting for you to join him on the reels, to start spinning and matching his scorching symbols. This slot features three reels and is host to wild symbols, multipliers and a flaming re-spins bonus round. If that wasn’t enough, there’s a maximum jackpot of up to 80,000 times your initial bet up for grabs, so you better hope that you don’t find this game too hot to handle!

You’ll be on the hunt for some sizzling symbols, including classic bars, stars and sevens. The lower-paying symbols in this game are made up of classic fruit machine icons, including cherries, lemons and grapes. The Fire Joker himself acts as the slot’s wild symbol and will replace all other symbols on the reels to help you to complete winning combinations.

Fire Joker also includes some juicy free spins, in the form of the flaming re-spins feature aforementioned. If any two of the reels hold stacked symbols and have no winning pay-lines, this feature will become active and the free re-spin will take place on the third reel.

Are you ready to embark on a glacial adventure into the depths of the Ice Cave? Though the walls of this frosty haven may be cold, the promised pay-outs, which exceed 250 times your line bet, will leave you feeling warm inside. You can start playing with a bet as small as 0.01 credits and be on the hunt for those Siberian symbols, that could see you walk away with some epic polar prizes.

The reels will be adorned with ancient Nordic symbols which will spin before your eyes. It’s up to you to line up at least three of these icons to generate a prize. Some of the game’s most powerful icons are:

There are also two different types of wild in this slot — the Ice Wild and the Hammer Wild. Both have the potential to appear at random at any time to complete the reel’s combinations and triple your prizes! What’s more, you could truly reap the benefits of this freezing slot by increasing your stake by one and a half times, to truly experience all of the prize-winning potential of the wild feature.

So, whether you’re preparing to extinguish the flames, or don your thickest winter coat to battle those wintery conditions, you’re sure to be entertained by these thrilling elemental slot games!