Everything Consumers Need to Know About Cryptocurrency Mining Malware 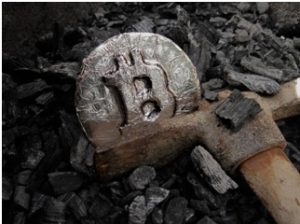 In the past month or two, Bitcoin has blown up. Since its sudden and unprecedented rise in value — and since its cataclysmic fall — more people everywhere are interested in acquiring Bitcoin to diversify investment portfolios. In fact, cryptocurrencies in general are more popular; not just Bitcoin, but lesser-known digital coins like Litecoin, Ethereum, Monero, Dogecoin, Zcash, and others have increased in prevalence.

There are pros and cons to cryptocurrencies, but one of the biggest problems with the tech is its encouragement of cybercrime. The process by which cryptocurrency is created promotes the spread of annoying and illegal malware — malware that might be on your machine right now, prematurely aging your hardware and slowing down your software. Called cryptocurrency mining malware, these programs are dangerous and increasing in popularity alongside cryptocurrency, so the more you learn about them, the better.

If you aren’t familiar with how cryptocurrency works, here’s a brief refresher. Cryptocurrency is the first and (to date) best application of blockchain technology. You can imagine blockchain as a new, more secure internet: It links devices together to create a dispersed ledger of information. Cryptocurrency transactions are recorded in the blockchain through the solution of incredibly complex mathematical problems, which is called mining. To alter the ledger — for example, to generatecoins or to falsify records — you need immense processing power; one device alone is not enough. That’s why cybercriminals looking to capitalize on cryptocurrency turn to malware.

Cryptocurrency mining malware can find its way onto your computer through typical infection vectors: malicious emails, compromised software, etc. However, unlike other viruses, mining malware hides deep in your computer, trying to avoid attention. Over time, the malware starts taking over your machine’s processing power, causing the device to slow down dramatically and wear out critical hardware. This occurs because the malware is mining in the background; it is computing those complex math problems in conjunction with other infected devices to produce cryptocurrency for cybercriminals.

Where to Look for Miners on Your Machine

Because mining is such a sneaky activity, your device could be infected right now, and you wouldn’t know it. Here are a few signs that indicate you have mining malware on your computer: 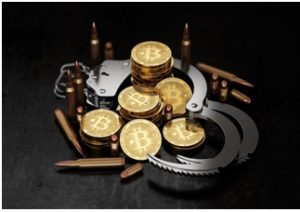 What You Can Do to Stop Cybercrime

The first step to end cryptocurrency-related cybercrime is to avoid allowing mining malware onto your device. Fortunately, the same tactics that ward off other forms of malware typically work to prohibit miners. Your first action should be to install the best internet protection for your device, which can block corrupt advertisements, prevent access to insecure websites, scan links and downloads, and perform other vital services that keep computers safe. Other endpoint security precautions are essential, as well, like antivirus and anti-spyware programs, which scan for existing infections.

It seems unlikely that the cryptocurrency fad will fade soon; in fact, many infosec experts believe that mining malware is as lucrative as ransomware and likely to increase in popularity over the coming years. While you can invest in Bitcoin and other cryptocurrenciessafely and legally, others are not as scrupulous and might try to use your machine for nefarious purposes. The more you know about cryptocurrency mining malware, the more power you have to prevent it from ruining your device.