EatMe.io is the latest game developed by Junglee Games which is gearing up for a world-wide release. The game had its soft launch in the UK and some parts of Asia which adds to the anticipation for the release. The game is already featured in some of the YouTube gaming channels like MasterOV Gaming Channel and ArcadeGo. The gameplay of EatMe.io went viral ever since the game was featured in these YouTube Channels. This has caused much buzz and people are anxiously waiting for the game to be released in the US.

Now the social media pages of EatMe.io are filled with enquiries on the game release in US and other parts of the world. As per the response from the EatMe.io team, the game will be officially released before Christmas. This will give the players enough room to enjoy the game on their Christmas vacation.

EatMe.io is a new online multiplayer game like Agar.io, Slither.io and Clash Royale. The game is interesting and has the potential to be the next trending io game in app stores. The reception of the YouTube videos shows the attractiveness of the gameplay. If the game is available in your country, you can download the game directly from the Android and iOS app stores. 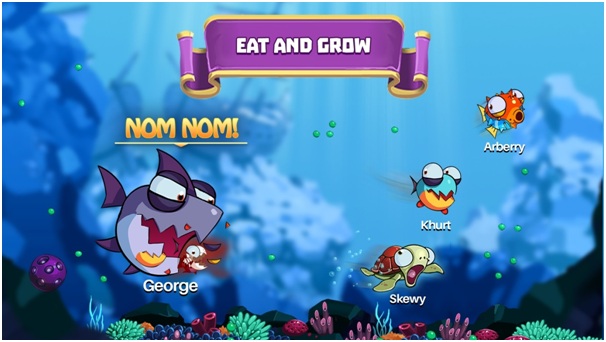 Once you download the game, you enjoy the awesome gameplay of EatMe.io. The objective of the game is to be the epic underwater predator by eating seaweeds & smaller fishes. The more you eat, the higher your rank will be in the global leaderboard.

Being a time-bound aquatic combat, it is really exciting to play EatMe.io. For every round, you have 2 minutes to eat, grow bigger and rank in the leaderboard. When you open the game for the first time, you are born into the sea as a small Piranha. You need to eat smaller fish in the sea to get bigger and deadlier. There are seven fishes in the ocean and you need to unlock those fishes by playing more games and earning fish bowls. Each fish has different skill which you can strategically use to defend yourself or attack your opponents. 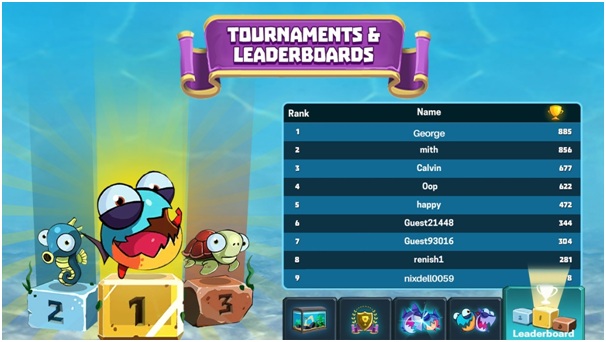 At the end of the 2 minutes of the gameplay, you will be awarded with fishbowls or coins according to you rank. These fish bowls or tanks can be unlocked to earn evolution items, tournament tickets and coins. The parts found in fish bowls and tanks can be used to unlock evolution of new fish. There are different types of tanks and bowls based on their rareness (uncommon, common, rare & epic). Unlocking the bowls will unveil items based on the rareness of the bowls.

The most attractive part of EatMe.io is that the fish can evolve within the game to a deadly sea monster. After the necessary parts to unlock an evolution are collected, the fish can evolve. The evolved fish has higher skill level compared to the other fishes. To evolve within a game, the fish needs to eat more seaweeds and fish to reach the required food as mentioned in the evolution scale. Evolution is a cool feature which adds to the thrill of the game. Once evolved, the fish increases its overall looks and skill which can terrify the opponents.

To add to the excitement, EatMe.io hosts daily and monthly tournaments. Players can join the tournament to win fish bowls, tanks and shells. Once joined, players need to wait for 3 hours to play the next round or they can use the tournament tickets to enter the tourneys. Tickets can be earned by unlocking bowls or can be purchased for coins from the daily shop.

The game graphics and user experience of EatMe.io is commendable. Compared to the competing io games which has basic graphics, EatMe.io stands out. The controls of the game are really responsive which can be a lifesaver when navigating in the sea.  EatMe.io has a tap to move option and a virtual joystick option to navigate freely in the ocean. The game works without any lagging issues in the latest update (3.0.5), now players can roam easily and eat everything that comes its way! The release notes and updates are mentioned in the EatMe.io blog.

With awesome gameplay and attractive user experience, the game is all set to be the next big thing after Silther.io. If you are waiting for the game to get released, you can definitely download the game from the app stores before Christmas!