Do I need Linux VPS? A Short Study of Linux Hosting Services!

As an OS, Linux is a little bit of an odd pickle. While in popularity, it’s vastly outmatched by other popular operating systems such as macOS and, of course, Windows, it still maintains its own aura of niche popularity and a unique, developer-based audience. To a lot of people, Linux remains the mysterious OS they have heard of but never tried. And A lot of people simply do not know the appeal behind Linux. In many cases, Linux can be confusing to the average user. The OS’s bare-bones approach to appearance and simplicity, coupled with an extreme level of diversity and customization options, have made Linux somewhat out of touch with the general audience. This is not a bad thing in any way. Instead, it showcases that Linux as an OS has very specific uses and a very specific audience. With that said, some people may wonder if Linux would have a use for them. Or which type of user uses Linux? In this article, we will try to answer these questions while also evaluating Linux as an OS in the VPS environment. To do the latter, we will compare it to the most popular OS in the world, Windows. 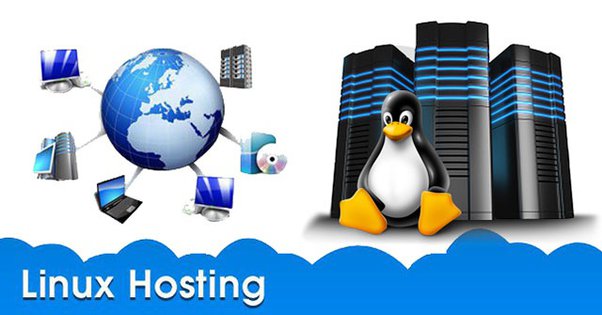 Why Do You Need Linux in General?

There are a couple of key advantages to using Linux that make it desirable over the traditional comfort zones that other OS options such as Windows and macOS have created for the average user. To start things off, Linux is free and requires no incense or other additional fees. A second key advantage is Linux’s near unbreachable base level security that pretty much relieves your need for a third-party anti-virus. Linux is also highly useful and desirable for users that are still working with old hardware that may not offer the best performance as other operating systems. Linux also comes with a massive set of customization options for your desktop appearance. While macOS and Windows do come with their own appearance options, Linux is simply on another level in this category. Linux also has its own Software Center that allows you to get all the Linux applications in one place without much hassle. The process of upgrading the OS and hosted distro is also quite straightforward. Linux also has great synergy with VPS and SSH. Making it ideal if you’re looking to use it on a hosted machine.

You can find plenty of articles discussing Windows and Linux similarities and differences in fairly detailed attitudes. There are also some technical guides on different Linux distros. As you may know, different Linux distros are useful for various use cases. One of the most common comparisons for general users is Ubuntu vs Debian. A more technical issue can be choosing between two rebuilds. If you are familiar with RHEL, you’ve probably come across the Rocky Linux and AlmaLinux comparison. Linux is more or less capable of doing everything that other popular OS options do. We already mentioned its strength in VPS and SSH utilization. But in order to get a better sense of how good it is when used as part of a VPS, we are going to run a short head-to-head comparison against Windows. Why Windows? Well, because Windows is also great at remote access facilitation, it even has its own remote desktop protocol (RDP). Linux server hosting is quite popular. But is it good enough to go toe to toe with Windows?

First, let’s get to Linux VPS and its benefits. Linux has much fewer costs to use. It is open-source and costs less to implement across a number of different virtual machines. Linux also has access to a host of different distros that allow you to customize and personalize this OS to your heart’s content. As far as security goes, Linux has excellent base-level security and doesn’t really need additional anti-viruses or firewalls. Last but not least, you will get excellent technical support with Linux that will ease the process of getting into Linux server hosting.

Benefits of Using Windows as your VPS Hosting OS

Now let’s get right into what makes Windows a decent option for VPS hosting. Right off the bat, we have to admit that Windows’ ease of use is a major draw for a lot of users. Since it is the most popular OS in the world, pretty much all potential issues and errors, as well as their solutions, are already documented. Chances are that if you are running a business, your business is already using Windows as its main OS. So getting a Windows VPS on your local Windows machine will offer excellent chemistry. Windows’ direct access using GUI is also a major boost in managing your VPS server since it offers you actual UI options.

When Do You Need VPS Hosting?

Now that you know enough about Windows and Linux VPS server options and their use cases let’s quickly evaluate the use cases of VPS in general. Virtual Private Servers are useful in a number of different cases. First, we have users who need to perform tasks that require more powerful hardware. These users can choose to pay a small subscription fee to get access to better hardware using VPS instead of buying expensive hardware. Then we have people who want to run websites but don’t want the hassle of on-site servers with expensive dedicated resources that they probably are not going to use. Lastly, we have people who, for whatever reason, be it business related or for circumventing geo-locks, need a valid computer on another specific IP range. These users can easily get access to a computer in the location that they want and with the hardware that they want quite easily.

What to Consider When Choosing a Linux VPS Hosting Provider?

There are a number of key variables that I advise you to check in a Linux VPS server provider before you commit to getting a VPS from them. First and foremost is their uptime. This is the factor that determines how long they stay operational without needing to go down for maintenance. In general, you would want an uptime of 95% and higher. Then we have the pressing matter of security. Security is quite important as the VPS in question will probably have some information of vital importance from you on it. Be it forex information or your website’s credentials. Following these, we have other important metrics such as the latency of the connection as well as the quality of customer support, and the overall rates that they offer. Keeping up with everything that makes a good Linux VPS server provider good can be difficult and certainly cannot be covered here. Check out Cloudzy’s guide to find the best Linux VPS server options!

Linux certainly has a lot of room to grow in order to directly challenge other OS options such as Windows and macOS. Still, with its unique charms and use cases, it has managed to distinguish itself in certain categories. One of these categories is VPS server compatibility. Linux works wonderfully as a VPS OS host option. It will go a long way in helping developers who do not have access to Linux on their own systems to use it as a website hosting tool or otherwise use the OS itself. However, there are considerations and things to know before going for a certain VPS provider over others, so watch out!