HomeTechnologyCamping Radios & Why Having One for Your Trip is a Good...
Technology

Spend any amount of time out camping and you’ll soon see why camping radios are a great thing to have. Nature is amazing and it’s great to experience it, but when it’s 24/7, it can get it a bit boring. A radio can not only provide you with local weather information when there’s no phone signal, but they can also be used for entertainment at all hours of the day. 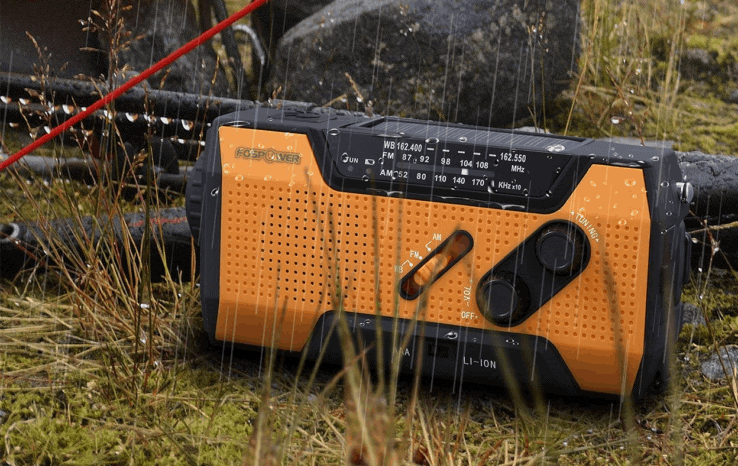 In this article, we’ll take a look at the different varieties of camp radio, so that you know what to expect when searching for yours. There’s a multitude of choices on the market, with each type offering something different. So, let’s see what they are.

The type that we’re all familiar with are standard battery-powered radios which frankly are a dime a dozen. It’s a decent enough option for most people, but they’re not really designed for use outdoors, meaning that if they get wet, they usually break. Battery power has a pretty limited lifespan too, but they do often come with lots of features like:

That’s not to say that those that aren’t battery powered don’t come with lots of features, as they do and they also come with the benefit of being better suited to camping trips.

The first alternative-power radio we look at is the solar power radio that is simple and usable regardless of the time of day. Typically speaking, they have an internal battery that recharges throughout the day, so that they can be used at night too.

Generally speaking, radios don’t use much charge at all, meaning that not much energy is needed to keep them working properly and you never have to worry about them running out when you need them the most.

Another really popular option when it comes to camping radios is the crank variety, which only requires a few turns of the integrated crank to provide sufficient power. These innovative gadgets work by spinning a magnet through internal copper wires, which in turn, recharges the battery.

These are perhaps the most dependable types on the market, as they’ll work as and when you need them – plus you’ll save some money on batteries too!

There’s a Camp Radio for Every Need

Some may see camping radios as something of a luxury, but after just a few days in the peace and tranquility of the great outdoors, it’s not uncommon to start missing things like music and comedy. Sure, you get out into nature to reconnect with that part of yourself, but there’s nothing quite like sitting round the campfire with your favourite tunes to accompany you.

So, the next time you set to planning your next camping trip – don’t forget to include a radio. Even if you don’t have a lot of space, there are lightweight and compact options out there, meaning that you won’t have to be without your music and entertainment for longer than you have to be.