HomeFinanceBitcoin and Blockchain Technology: How do they Work?
Finance

Bitcoin and Blockchain Technology: How do they Work?

Cryptocurrency is nothing but a series of blocks that acts as a universal ledger. It is an electronic currency through which payment can be made without authorization from a third party. Since it is a currency, it can be traded like fiat money on stock exchanges, saved and lent through crypto banking platforms like Unbanked, and used as money. The question is, how is this currency generated and how it works?

Ex Libris Satoshi Nakamoto’s White Paper, an electronic coin aka bitcoin, is a digital signature series. Those who have read it may find it incredibly simple and easy to comprehend. Also, it is always better to have it from the horse’s mouth itself. So, we will try to simplify it further with examples.

When you hand over the cash, it is transferred unequivocally. Bitcoin is like sending money directly but in electronic form. It works on blockchain technology. A coin is a chain of digital signatures. The buyer owns a coin. He will sign the transaction from which he got it. He will attach this information to the public key of the seller. The seller then verifies two transactions through the buyer’s private key, i.e., previous transaction and transaction between buyer and payee.

The problem of double-spending

Since it is electronic and a matter of digital signature, how can we know that the coin or series of transactions are authentic? Here comes the central authority like a mint or a bank that keeps a ledger of the journey of the ownership of a coin.

The solution of mass verification

Now, let us understand it in steps: –

Step 1- A owes money to B. He creates a bitcoin wallet through his smartphone.

Step 2- A now identifies his private key and public key of B.

Step 3- B can send this through email, or A can obtain it by scanning a QR code on B’s bitcoin wallet.

Step 4- The wallet broadcasts the details of these transactions to miners. They match it with their ledger and verify the transaction. They simply trace the ownership of coins owned by A. This is done by reading hashes of previous transactions. If a transaction is valid, it will produce the desired hash. Sometimes, the desired hash is preceded by a string of zeroes.

Step 6- The algorithm is designed to reward new bitcoin to a miner who identifies the genuine transaction, thus making the blockchain longer and authentic.

It takes ten minutes to verify a transaction, and one block is added. B gets the coin and becomes its new owner. If B chooses to transfer it, he will do the same; thus, a series of signatures or blockchain is created.

Preventing Fraud: How a genuine hash is generated? 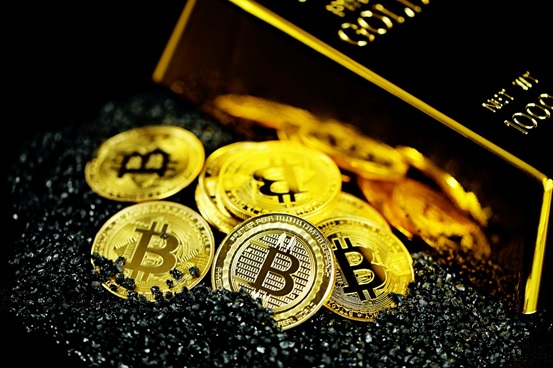 Bitcoin and other cryptocurrencies have been witnessing a surge in their prices. El Salvador has become the first country to accept it as a legal tender, and it is predicted that the last bitcoin would get mined in 2140; there is still a large market to cap. Tesla would also be accepting payments in bitcoins. Uber is also planning that. Mastercard wants to integrate it into its payment system as a choice for the customer to let them make payment via bitcoins. Now, it can be traded like a stock at the Chicago Mercantile Exchange or CME and Chicago Boards Option Exchange (CBOE).