In a sort of underground style, away from the costly million-dollars marketing campaigns by the biggest software houses, Beat Saber on PC and Oculus Rift and recently also on PS4 with Playstation VR, is becoming one of the virtual reality applications most loved by players from all over the world. Its success is so huge that it’s becoming a sort of viral phenomenon without even needing a Tropicana promo code to make players spread it on the net with videos, gifs and more. 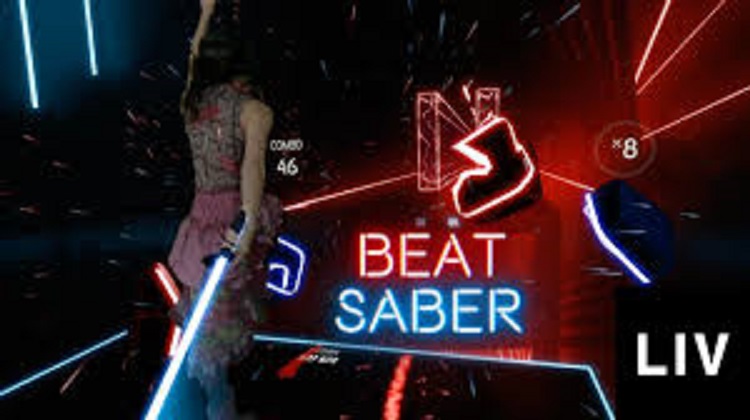 The Czech Republic developers of the independent Beat Games studio have found a really explosive formula: to combine rhythm games with a sort of Star Wars lightsabers simulation all within the immersive environment in three hundred and sixty degrees proposed by the virtual reality.

Its operation is very simple: both Playstation Move on PS4 or motion sensors on Oculus Rift are transformed into a sort of virtual lightsabers that will have to use in order to hit the squares that come against you, with a rhythm imposed by the song we are playing. In practice, Guitar Hero meets Star Wars in virtual reality for an extraordinary gaming experience, an incredibly “physical”, addictive, anti-stress experience, and the list of compliments to this title could continue for a really long time thanks to the presence of several playing modes that further extend the longevity of the gaming experience.

Beat Saber will please lovers of the saga created by George Lucas and those of rhythm games for a game experience so engaging that they can no longer stop. Ideal for casual gamers as well as hardcore ones who want to become real Jedi (only virtual ones…) in making combo sequences of flying notes and increasing their high scores that are also comparable online with other players from all over the world.

One last positive aspect of Beat Saber that we need to highlight is its calories burning effect, especially if you “dance” while playing and maybe put some strength in hitting with the virtual light sabers as well as being forced to move when you will meet some obstacles that need to be avoided. In short, we only see positive aspects for an experience that mixes in a sublime way video games, music and… lightsabers in the style of Star Wars.

The difference between Oculus Rift and Playstation VR, is related to the fact that on PC some mods already came out allowing users to play famous songs that are not included in the original game, a feature which is not available in the Playstation VR version. Therefore, if you own Oculus Rift and its motion sensors, of course it’s better to purchase this version even though the programmers didn’t rule out the possibility of including an editor in the version for the Sony-owned virtual reality system. Anyway, Beat Saber is a game that you need to own without any hesitation even on PS4. According to many insiders, this title that requires a download of a few hundred megabytes is the second real killer application on Playstation VR after Capcom’s Resident Evil 7, and we can only agree with this statement.