The famous Asus has been for a while producing smartphone and now it has successfully put its step in the smartphone market in India. Now Asus has launched the final step of its Zenfone series. Its new Zenfone C is like the missing piece of the puzzle. In this latest launch Asus has considered the middle class and student groups in India as Zenfone C comes only in Rs 5999 which is more than affordable. Zenfone C is available in both online through Flipkart as well as in Asus stores.

The newly launched smartphone has got a thin slim body and a 4.5 inch display. The display is amazing with rich colours and high pixels. The touch is really smooth and it is protected by Corning Gorilla Glass screen. The touch and feel of this device is of premium quality and the phone is real handy and can be quite easily used with one hand only.

The phone is powered by Intel processor clocked at 1.2 GHz. The processor comes with a really cutting edge technology and is far better than the quad core processors. The RAM is huge as 1 GB and that is enough for a smartphone which will not be used to play extreme graphics games.Â  The storage is mammoth sized of 8GB internal and is capable of expanding up to 32 GB with SD card. 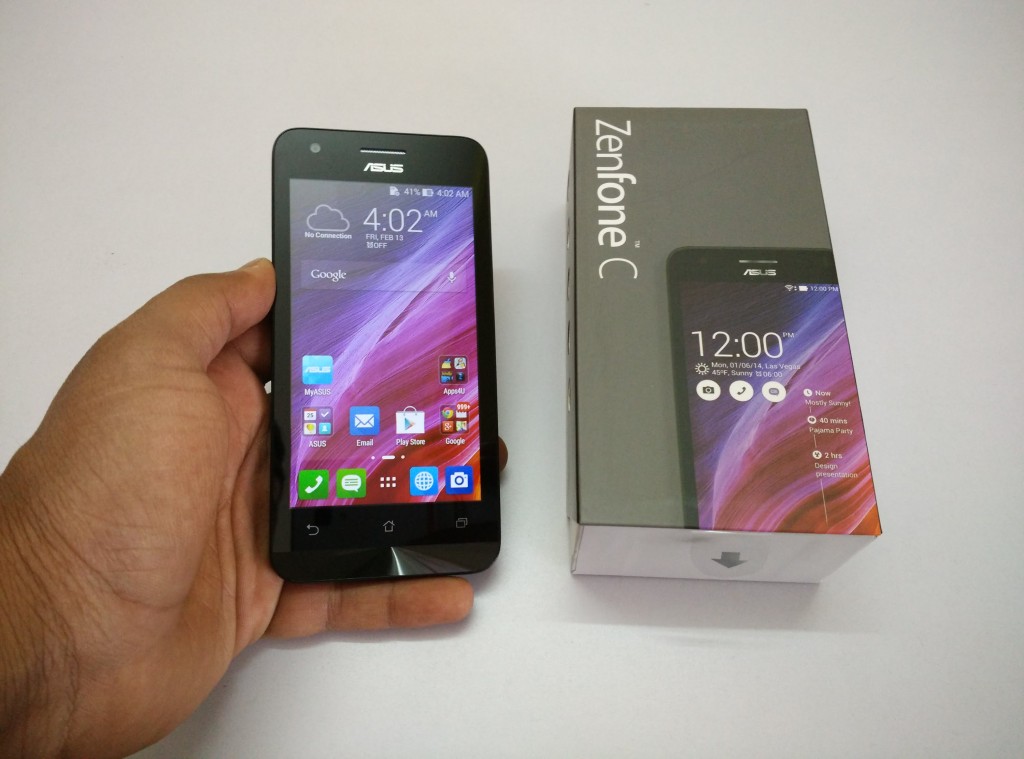 The battery backup of this phone is flawless and has a recorded talking time of 30hours and standby time of 260 hours. The camera of his device is another thing of this phone to praise. The camera is outstanding with 5 Megapixel and captures good quality photos in daylight and it has also got an LED flash which takes decent pictures at night. The front camera is just VGA and gives average quality video calling.

This handset has also got other features like 3G, GPS, Wi-Fi and many more. And all these features in such a low budget are hard to imagine also. But Asus is giving a healthy neck to neck fight to other budget smartphone makers. This smartphone is very functional and yet at a low budget and also with a premium quality user experience. Zenfone C is really a milestone for Asus and this phone is sure to give a run to its rival counterparts.Â  This gadget is mainly focussed for those who donâ€™t want to spend a lot in smartphones but want to get a decent quality phone.